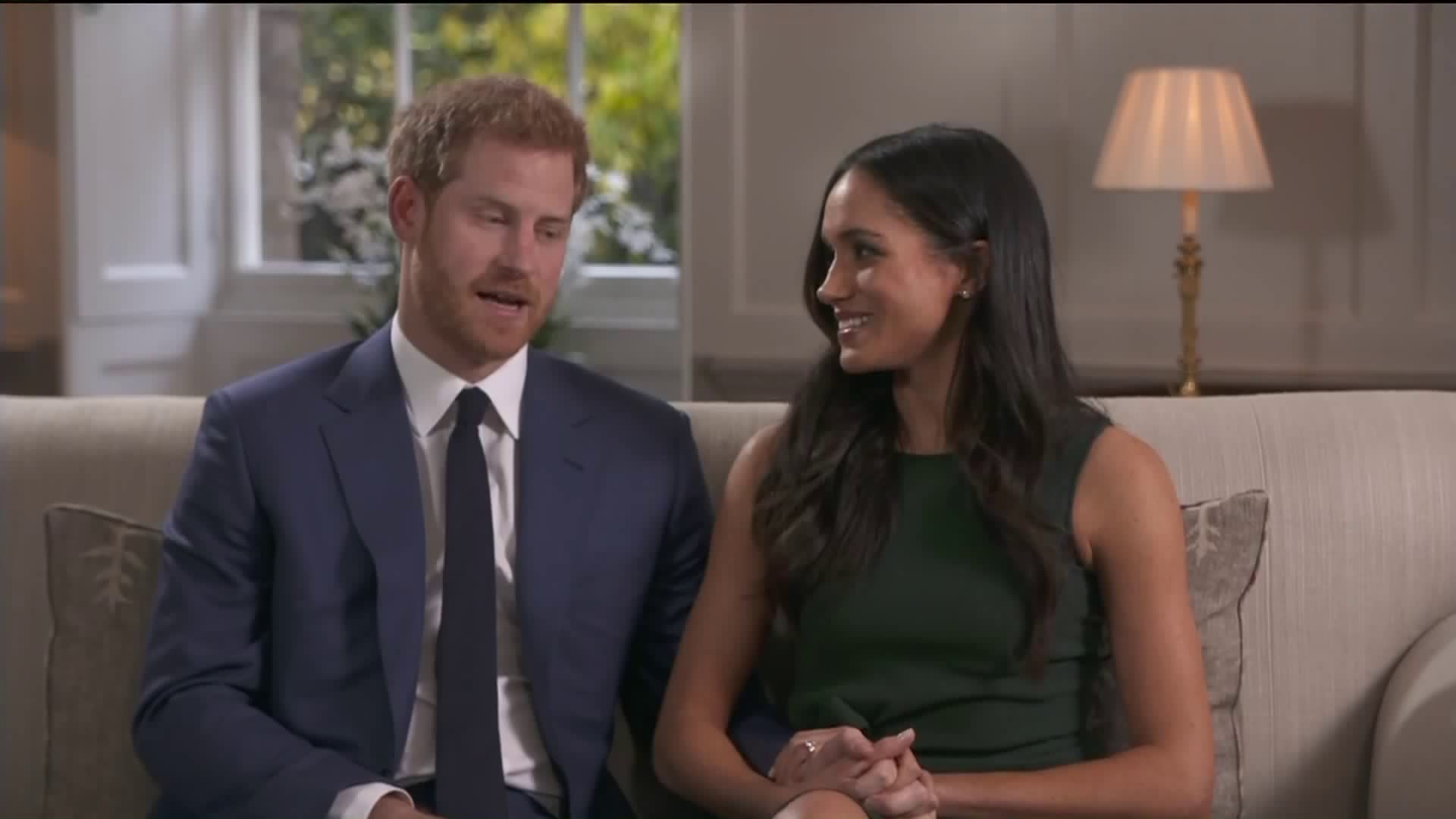 The newly engaged couple shares details of their proposal and how their relationship began. (BBC via CNN)

Prince Harry and his future wife made a brief appearance before photographers on the grounds of Kensington Palace hours after their engagement was announced.

Royal officials say Prince Harry designed the ring himself. It features two diamonds from the collection of his late mother, who died in 1997 when Harry was 12. They flank a central diamond from Botswana.

Harry has visited the African country many times since childhood, and has spent time there with Markle.

The stones are mounted on a band of gold, and the ring was made by Cleave and Company, official jewelers to Queen Elizabeth II.

A beaming Markle, in a white belted coat, posed for photographers wearing the ring on Monday, hours after the couple's engagement was announced.