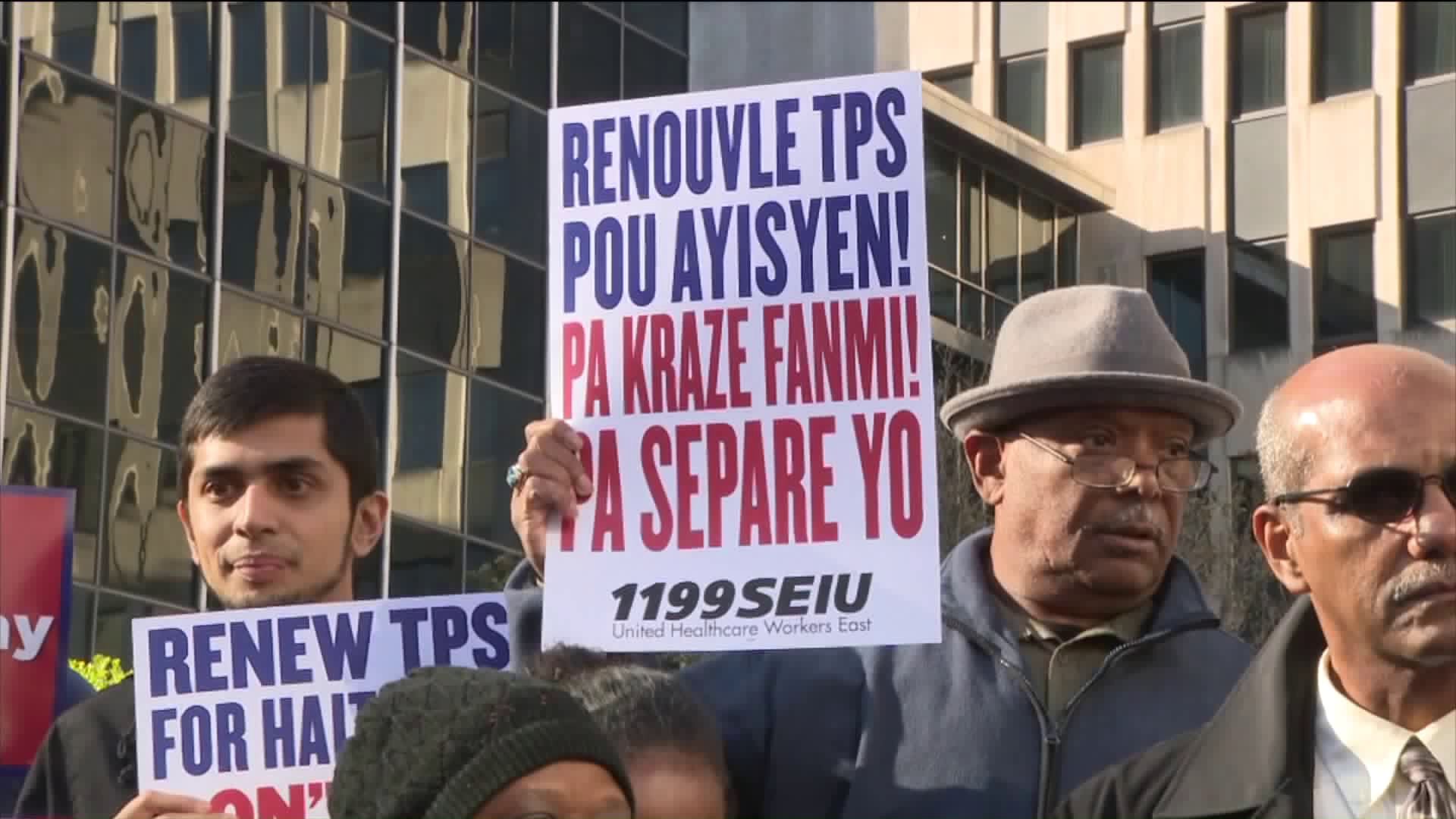 The Trump administration said Monday it is ending a temporary residency permit program that has allowed almost 60,000 citizens from Haiti to live and work in the United States since a 2010 powerful earthquake shook the Caribbean nation.

The Trump administration said Monday it is ending a temporary residency permit program that has allowed almost 60,000 citizens from Haiti to live and work in the United States since a 2010 powerful earthquake shook the Caribbean nation.

The Homeland Security Department said conditions in Haiti have improved significantly, so the benefit will be extended one last time — until July 2019 — to give Haitians time to prepare to return home.

Gerard Michaud’s life is suddenly in limbo. He is one of 60,000 Haitians allowed to live and work in the U.S. after the crippling earthquake.

As the island nation struggles to rebuild, the U.S. government offered some undocumented Haitian immigrants temporary protected status, known as TPS, so they could stay here. Over the years the program was extended as Haiti faced more setbacks — political unrest, Hurricane Matthew and a cholera epidemic.

Michaud was able live and work in New York while supporting 13 relatives in Haiti.

Now, people like Michaud now have until July of 2019 to leave the U.S. on their own or face deportation-

At Radio Soleil in Brooklyn, TPS is now the only topic of discussion.

"I was on the air doing my regular show when this decision was announced and my goodness the lines did not stop ringing," Station manager Ricot Dupuy said. "It was like an earthquake. A second earthquake."

Dupuy tells PIX11 News their callers are all trying to figure out what to do next.

They are telling people to be prepared," Dupuy said. "Be prepared for what? To be deported. What are they going to tell their children they had here?"

Alouette is a Haitian immigrant she owns a beauty salon in Flatbush. In the days leading up to the TPS decision, her chairs have been empty.

It's tough," Alouette said. "Business is slow. A lot of people are hiding."

And outside Federation Immigration offices in lower Manhattan there was a rally today. Congresswoman Nydia Velazquez told the crowd she’s working on a legislative solution. It's a permanent answer for a temporary program.