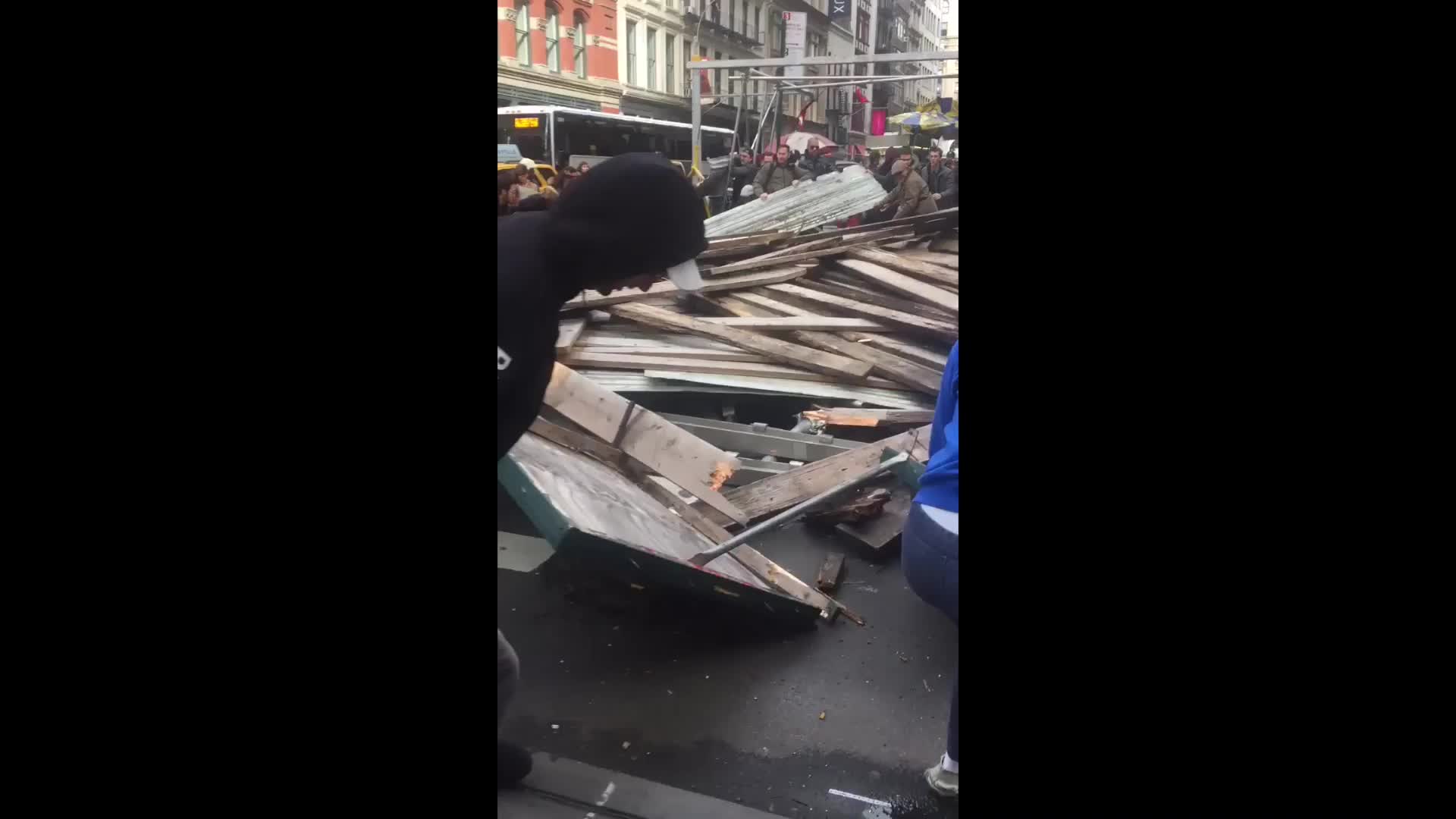 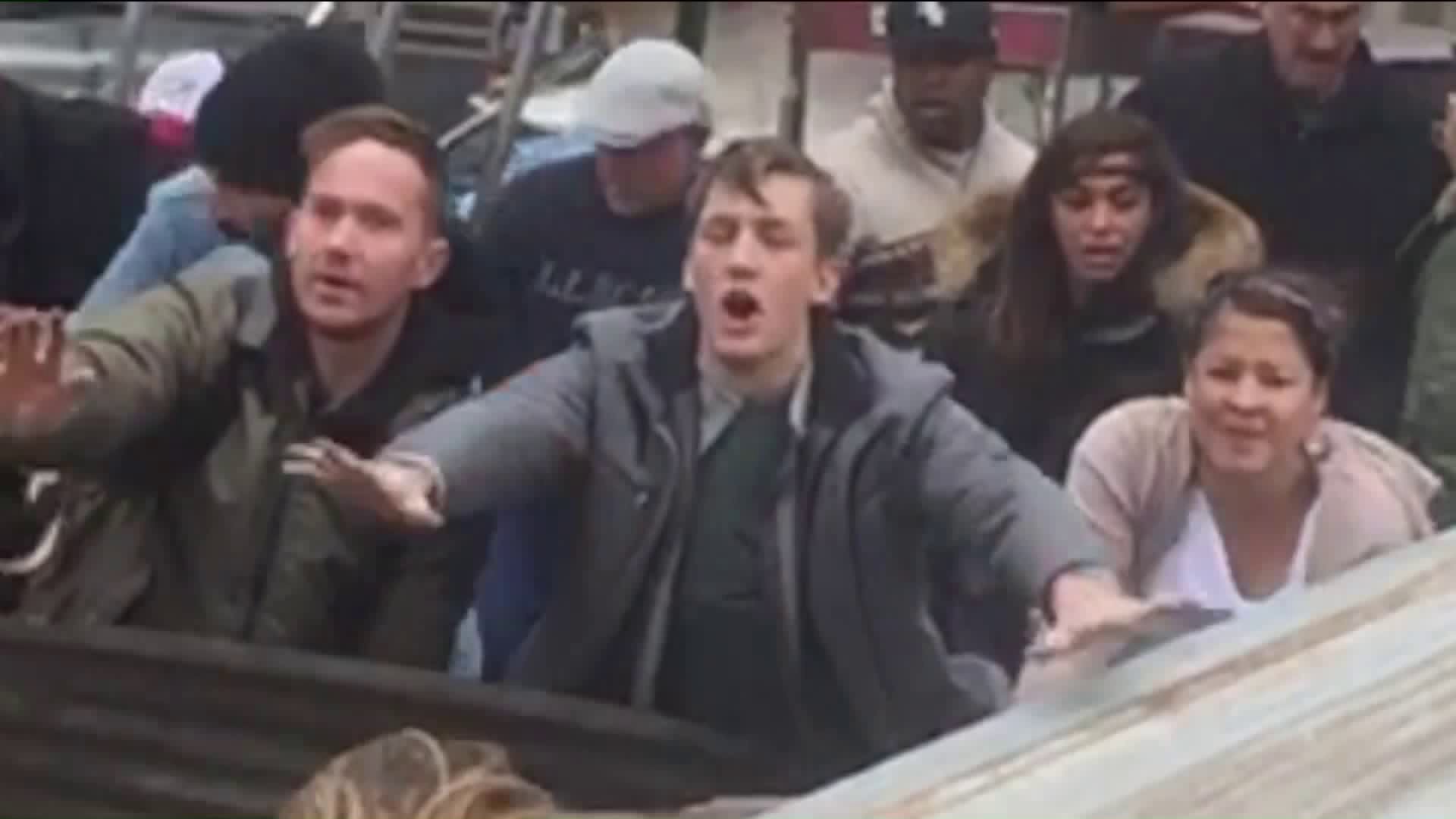 The Department of Buildings was called after receiving reports of a sidewalk shed collapse in front of a 12-story commercial office building on 568 Broadway, near Prince Street, sources tell PIX11 News.

Four people suffered minor injuries, and one suffered a moderate injury from the incident, NYPD said.

The Department of Buildings is investigating.

The sidewalk shed was installed in December 2016 in conjunction with a facade restoration and repair project at the building, sources said.

Wind gusts from nearby airports were recorded to be 40 to 45 miles per hour. Wind gusts in Manhattan streets, and the "urban wind tunnel" effect — when wind speeds increase after encountering tall buildings in a small space — could be a probable cause for the scaffolding to have collapsed.

On Friday, the Department of Buildings issued a release, advising property owners, contractors and crane operators to take precautionary measures.

"The Department will be performing random spot-check inspections of construction sites around the City. If sites are not secured, the Department will take immediate enforcement action — issuing violations and Stop Work Orders, where necessary."

There are dozens of sidewalk sheds throughout the city that have been deemed unsafe, according to government data.

Click here to view an interactive map of the sheds.