As Long Island teen killed in hit-and-run is laid to rest, search continues for her killer 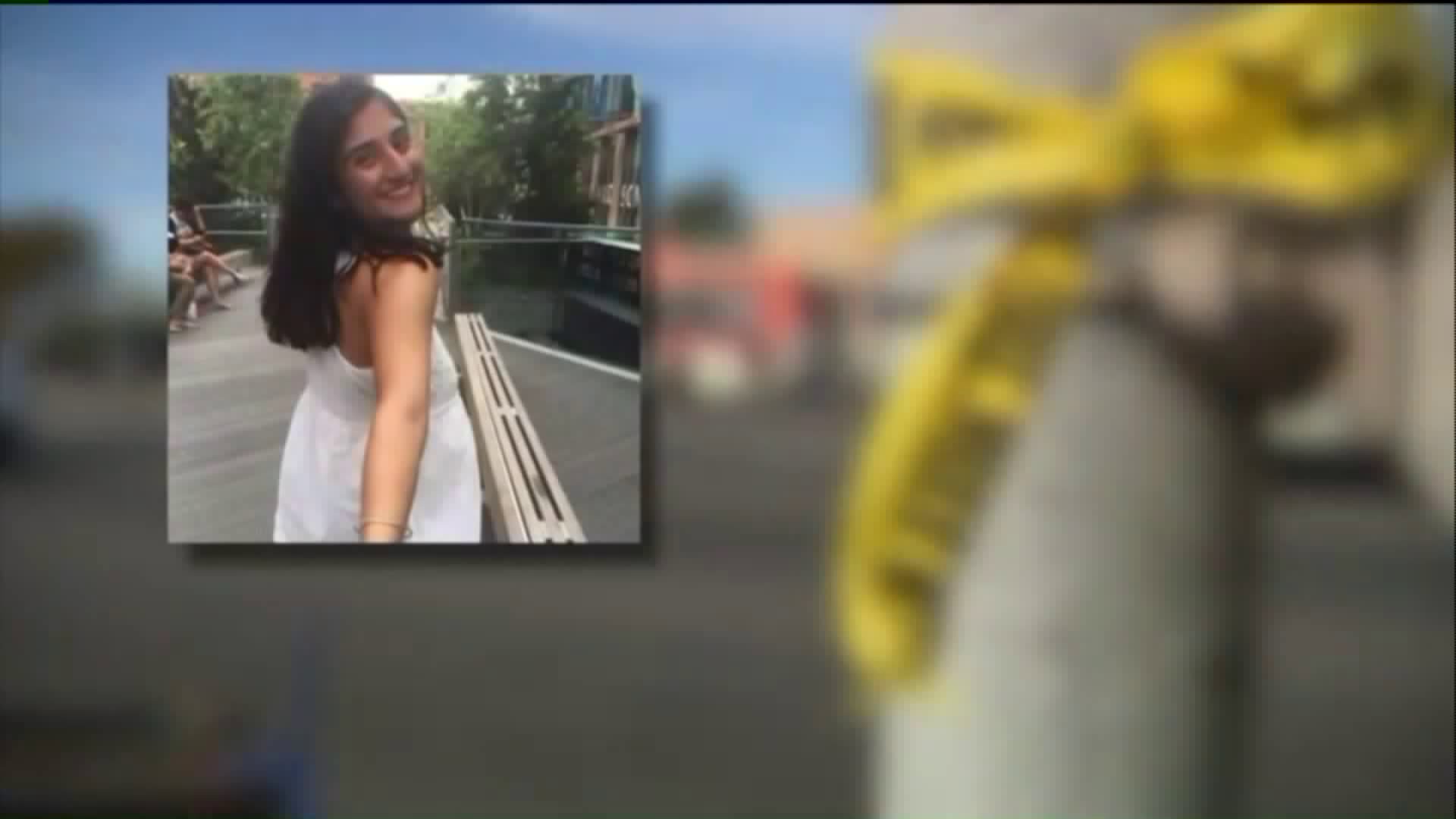 Taranjit Parmar, 18, was killed last Thursday. Police are looking for a suspect in a red truck.

LEVITTOWN, N.Y. — Somebody knows who killed a teenage college student by running over her, following a fender bender caused by the killer last week. For now, though, the murderer is still on the loose, even as the family and friends of dentistry student Taranjit Parmar laid her to rest.

Monday morning's skies were gray and somber, much like the mood outside of Moloney's Funeral Home and Crematorium in Lake Ronkonkoma. It's where hundreds gathered to say a final farewell to Parmar, 18, at her funeral Monday morning. It was the latest chapter in a tragic story.

"I always told everybody who would listen to me," said Ranjit Parmar, the young woman's father, over the weekend, "if you’re going to have a daughter, this is the one. We've been blessed."

On Monday morning, he and his family had to funeralize their daughter and sister.

Meanwhile, police continue to search for the man who'd been behind the wheel of a red pickup truck with removable flashing emergency lights last Thursday. He'd hit Taranjit Parmar's brand new Jeep with his truck, according to investigators, just before 5 p.m. at one of the region's busiest intersections, Hempstead Turnpike and Gardiners Avenue.

When Parmar got out of her vehicle after the fender bender, the pickup driver ran right over her, dragging her 25 to 50 feet, according to investigators. It killed her. Parmar had been on the phone with her mother as it happened.

At the scene of the collision on Monday, there was a makeshift memorial, made up of some of the floral arrangements that had been sent to the funeral home earlier in the day. Now, they're a roadside tribute to Taranjit Parmar.

Many people throughout Long Island — from Parma's family, to friends, to total strangers — remain heartbroken, and concerned, that the driver of the red pickup is still on the run four days later.

They want whoever did this to be identified, caught, and brought to justice. "It doesn't make sense taking a life like that," said Onikeh Bennett, who works near the scene where Parmar was killed. "Her life had just barely started," she said. "It's very sad."

Adding to the sorrow is the fact that Tuesday would have been Taranjit Parmar's 19th birthday. Her family is hoping for a posthumous birthday gift of an arrest of their daughter's killer.