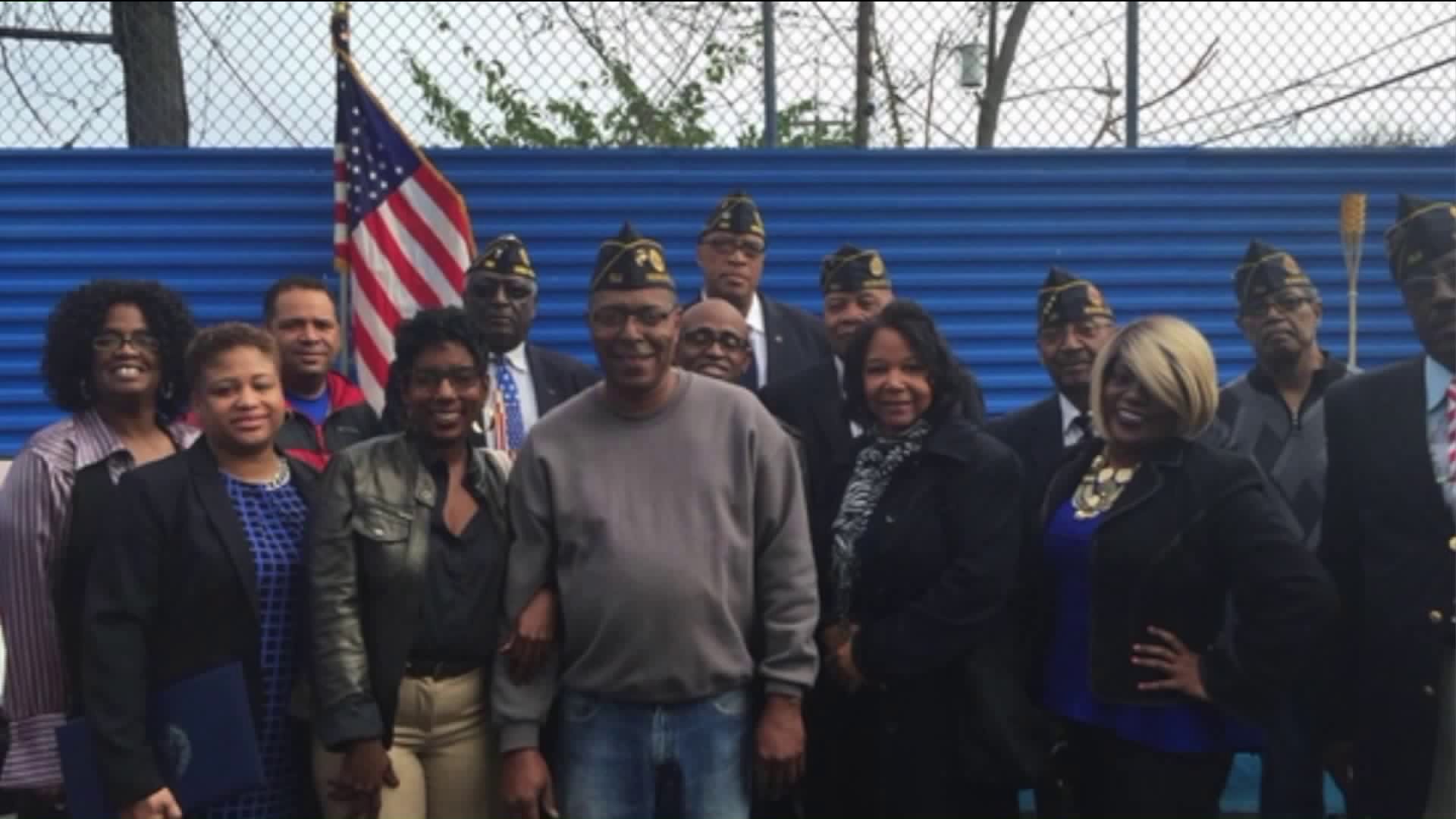 All 175 living members of American Legion Post 152 answered the call to serve their country in every war dating back to World War II. Now,they`re asking the public to answer their call for donations.

Newark, NJ - All 175 living members of American Legion Post 152 answered the call to serve their country in every war dating back to World War II.

Now, they’re asking the public to answer their call for donations.

On January 5, their post on Elizabeth Avenue burned to the ground. Since then, they’ve been struggling to rebuild.

Despite fundraising efforts, donations have come in at the pace of a trickle.

“We’ve lost pictures, we’ve lost important documents, we’ve lost a home,” said Tracey Gilliam, a U.S. Air Force Veteran. Gilliam had tears in his eyes when he spoke of the fire. He used to use the post as a respite, a place to do his homework when he was younger.

Air Force Veteran Tracey Gilliam said losing his legion post was like losing a family member. He used to seek respite there, a place to do his homework.

“There was just so much noise at home,” he said. “I would go down there. And I mean the the doors were always open for me.”

Post 152 holds food and clothing drives, they make hot meals for families and they collect toys for kids during the holidays. But despite all they do for others, a GoFundMe page with a $500,000 goal has seen few donations.

“They have been struggling,” said Senator Cory Booker. “It’s almost shameful and embarrassing.” “If you want to thank a veteran,” said Booker,  “we should do something.”

The fire’s cause was never found.

“I’m gonna’ do everything I can,” said Booker.

“Now all I gotta’ do is wait until they cut the ribbon,” laughed Mr. Wells.