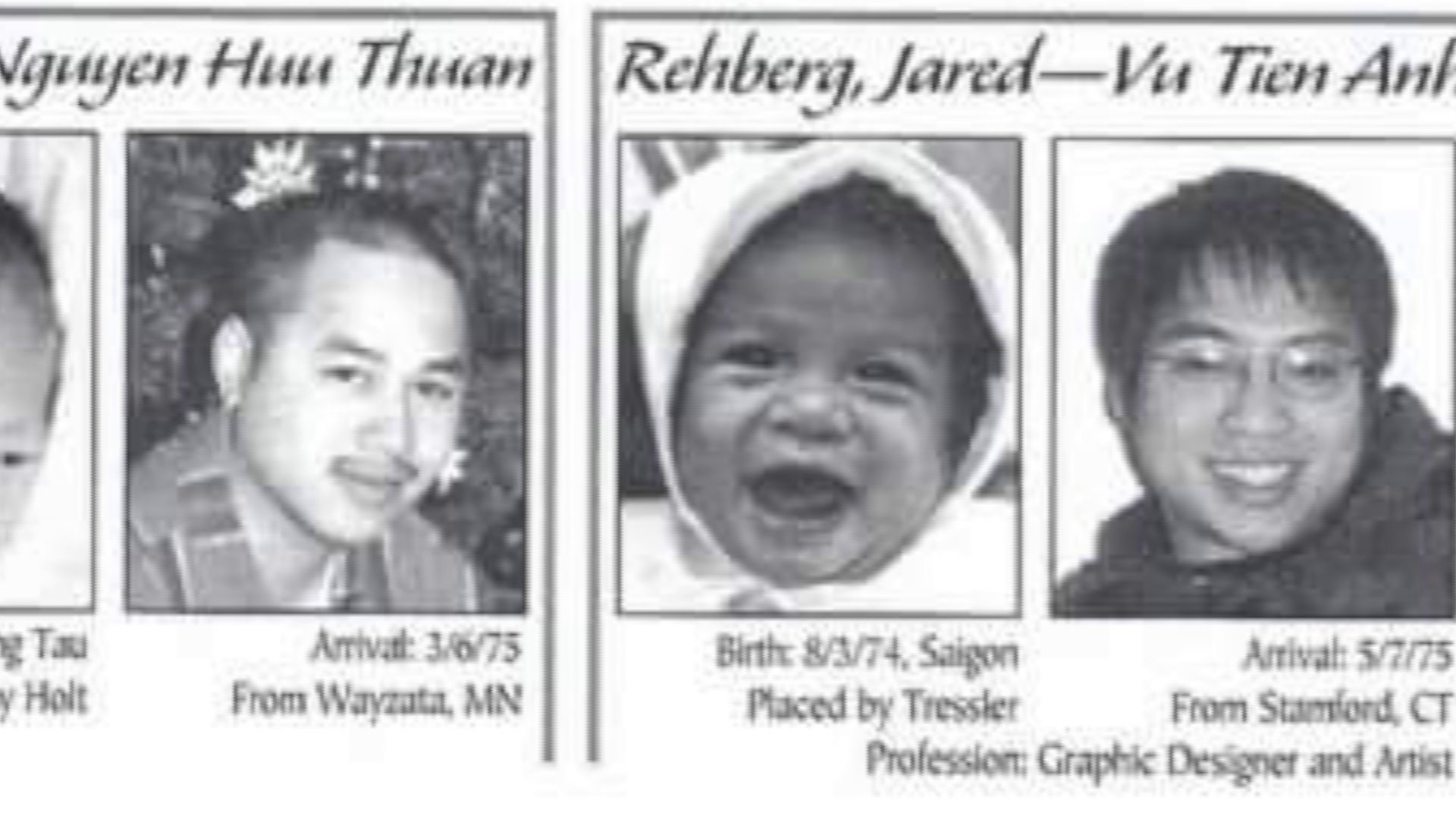 About 2,000 orphans were airlifted out of the war-torn country.

NEW YORK — It was April of 1975 and the Vietnam War was coming to an end. As part of a massive evacuation led by U.S. forces, thousands of orphans were airlifted out of the war-torn country.

Those babies – some just weeks old – would start new lives with adopted families around the world.

About 2,000 came to the United States and Jared Rehberg was one of them.

“I was nine months so I don’t have any recollections of coming,” Rehberg told PIX11. “My parents have pictures and photo books where they picked me up and they told me the story about asking my sister if she wanted a brother and she said no.”

The journey to learn about his past started when Rehberg was 25-years-old when he connected with other babies from the Operation: Babylift mission at a reunion in 2000.

Flooded with questions about his adoption, he went in search of his story.

“I unfortunately had no paperwork so that journey kinda ended but then it also began creatively,” he said. “It later inspired me to volunteer and do film projects and travel the country and speak at conferences and be able to be a voice for our special community.”

Raised in Massachusetts and now living in New York, the marketing manager for a real estate firm is fully aware that he is one of the lucky ones.

“You watch the movies and hear the stories and know people who lived there, you know - maybe I would’ve been a street musician,” Rehberg pondered.

He along with other Operation Babylift orphans will be on hand this weekend at the annual Veteran’s Day parade, saluting the men and women he has nothing but gratitude for.

“To be there in a time of such craziness you know, for the life that I have and for everything that I enjoy as an American – I can’t thank them enough,” he said.