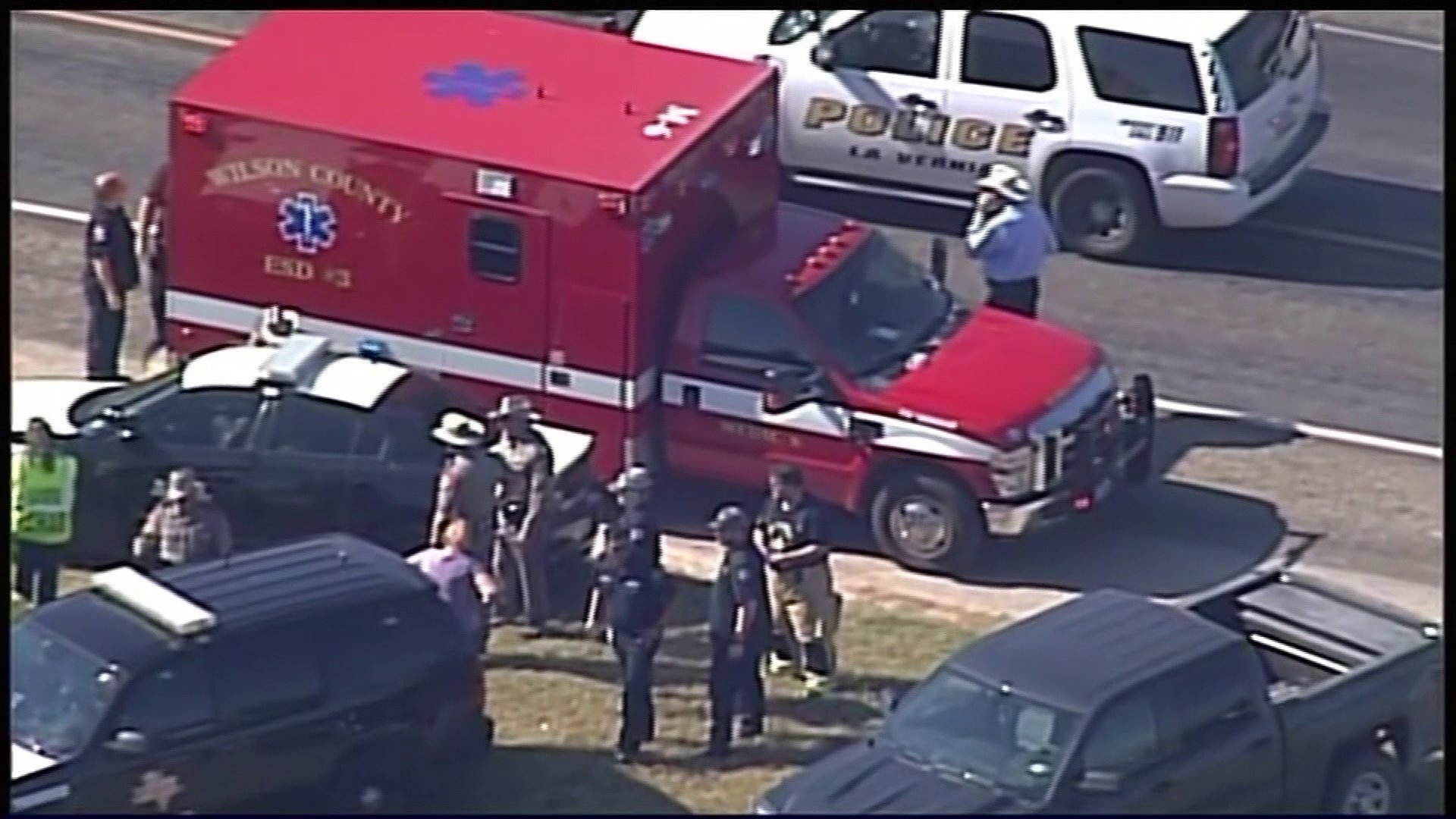 President Donald Trump said Monday that he believes the Texas church shooting was caused by a "mental health problem," not an issue with gun laws in the United States.

TEXAS — President Donald Trump said Monday that he believes the Texas church shooting was caused by a "mental health problem," not an issue with gun laws in the United States.

"Mental health is your problem here," Trump said, noting that "based on preliminary reports" the shooter was "a very deranged individual."

"This isn't a guns situation," Trump said. "This is a mental health problem at the highest level. It's a very, very sad event."

"A very, very sad event, but that's the way I view it," Trump said.

Trump's answer came in response to a question during a joint news conference Monday in Tokyo about whether he believed gun control measures were the answer to the Texas shooting.

Sunday's church massacre took place in Sutherland Springs, Texas. In addition to the at least 26 people who were killed, many others were wounded, said Freeman Martin, a regional director with the Texas Department of Public Safety, during a local news conference.

The victims ranged in age from 5 to 72 years old.

Among the dead is the 14-year-old daughter of the church's pastor, Frank Pomeroy, according to his wife, Sherri Pomeroy, the girl's mother. The couple were traveling out of state when the shooting occurred.

The shooter has been identified as Devin Patrick Kelley, 26, according to two law enforcement officers briefed on the situation.

He was described as a young white male who was dressed in all-black "tactical-type gear" and wearing a ballistic vest, Martin told reporters. After a brief chase, law enforcement later found the suspect dead of a gunshot wound inside his vehicle. Authorities said they don't know if the wound was self-inflicted or the result of a resident who fired on the suspect, Martin said.

Earlier Monday, Trump decried the Texas shooting as an "act of evil" and called it "horrific" in his first public remarks since the attack.

"This act of evil occurred as the victims and their families were in their place of sacred worship. We cannot put into words the pain and grief we all feel and we cannot begin to imagine the suffering of those who lost the ones they love," Trump said at the top of his previously scheduled remarks to business leaders at the US embassy in Tokyo.

Trump said his "thoughts and prayers" are with the victims and their families, but did not suggest plans to take any legislative or other policy action to address the shooting.

Trump once again urged unity in the face of the latest mass shooting in US history and said it is what Americans "do best."

Trump pledged his administration's "full support to the great state of Texas and all local authorities investigating this horrible crime."