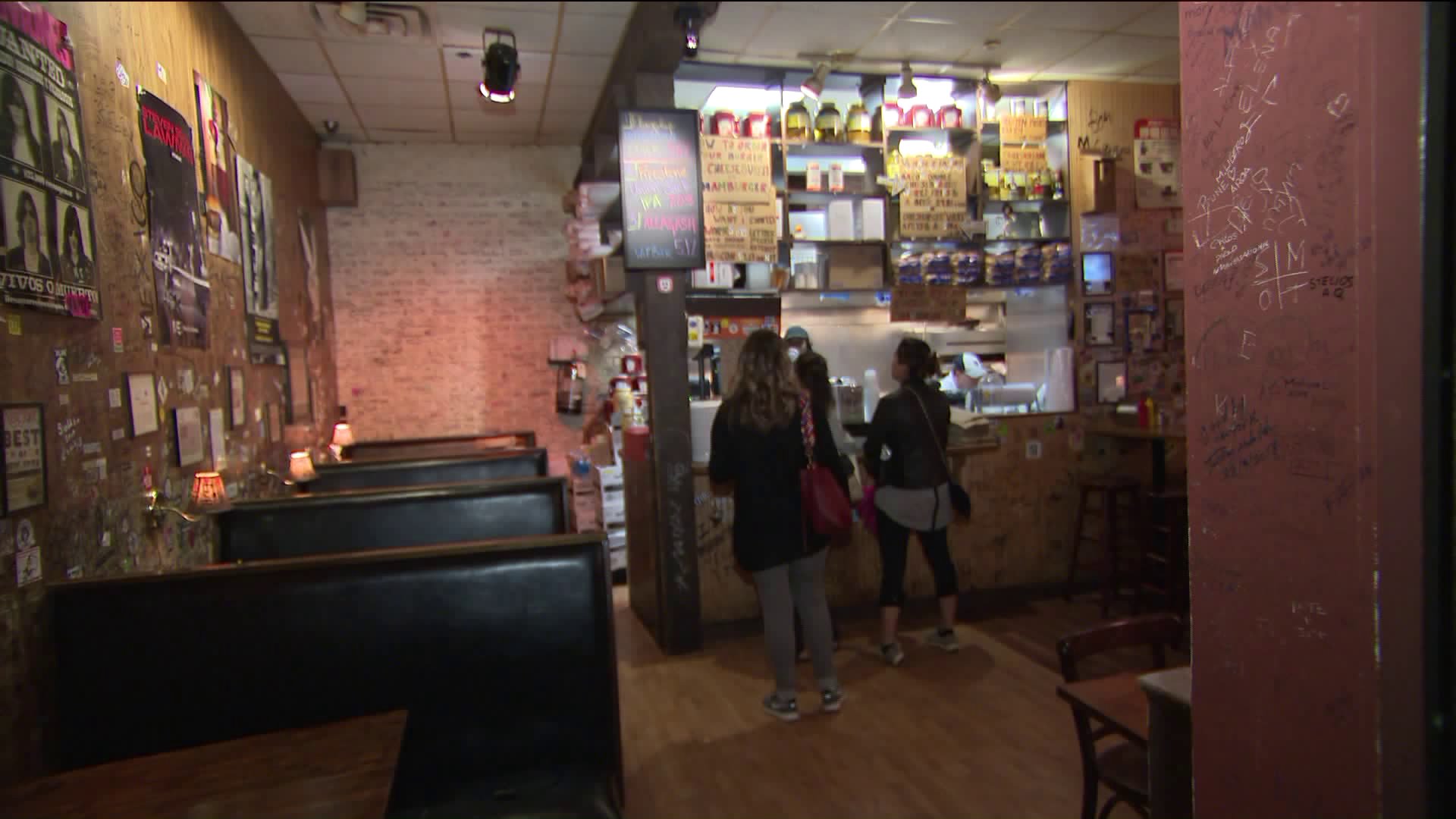 Smack in the middle of Midtown Manhattan is one of the city's swankiest hotels - Le Parker Meridien.

While it's adorned with marble and beauty in the lobby, you may find people wandering around lost and confused.

"In the lobby, people have this look on their face and you know what they are in search of," says Steven Pipes, owner of the Burger Joint.

That's because beyond the velvet curtain, behind the front desk and down what looks like a hallway to nowhere, you will see the sign.

"People would say what is it called?" recalls Pipes. " We'd say the Burger Joint, so it became known as the burger joint."

The joint opened up back in 2003 with a dive-like feel, because Pipes says there was not a place that really focused on quality affordable burgers.

"We freshly butcher and grind and make our patties every single day," says Pipes.

"If you sit here and watch people come in, there is a big smile when they come in," says Pipes.

They serve on average 900 to 1000 people a day including some famous folks like Bill Clinton and Ashton Kutcher, who came for the rather simple menu of just burgers, fries, shakes, brownies and beer.

And when you go, pay attention to the very specific way or ordering and don't forget the mustard!