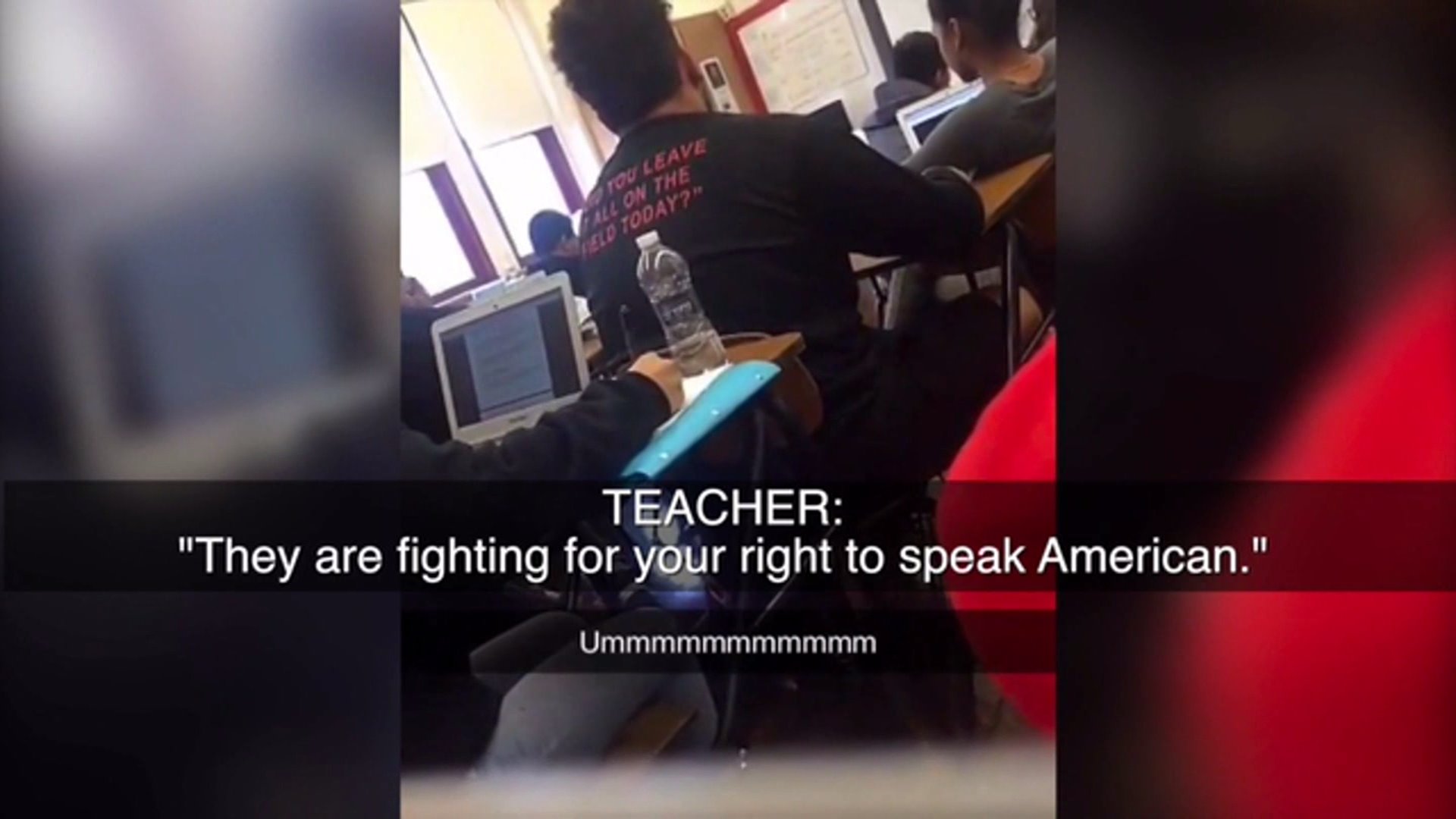 Students in Cliffside Park, a diverse community with a large number of Spanish-speaking students, immediately reacted to the comment. One even walked out.

CLIFFSIDE PARK, N.J. — A 25-second video clip recorded inside a classroom at Cliffside Park High School is being shared on social media and it has started a debate.

Students in Cliffside Park, a diverse community with a large number of Spanish-speaking students, immediately reacted to the comment. One even walked out.

"You're being racist," that student can be heard saying on the video. "I know how to speak English."

On Facebook, some former alumni are calling for the board of education to investigate the "discriminatory" behavior and the "belittling" of a bilingual student.

While others are defending the teacher, who has been identified on social media, as a "great person" and a "wonderful teacher."

Some commenters said that English should be spoken in a class that is taught in English out of respect for the teacher.

Outside the high school on Friday, a student who was in the classroom said the teacher asked students whispering in Spanish to stop several times before making that comment.

"This school is not a negative school," said Carmen Benitez, a senior at Cliffside Park H.S. "You know there are a lot of different cultures in our school. There’s a lot of teachers who respect us."

But others called for the teacher's resignation.

"It's really disrespectful," said Alana Lopez, a freshman. "That's not right. You don't do that."

PIX11 has reached out to the Cliffside Park School Superintendent for comment, but so far we have not heard back.

Students said the principal called an assembly Friday to discuss the incident. Some brought flags to school with them to represent their culture. Other students are planning a walk-out for Monday morning.

"You go to school to learn, you don't go to feel attacked by someone you believe is an educator," said Marvin Moreno, an alumni.

Students said those who walked out of the teacher's classroom in response to her comment were not reprimanded. The teacher in the video was substituting for a junior- and senior-level math class, but students say she teaches English at the high school.