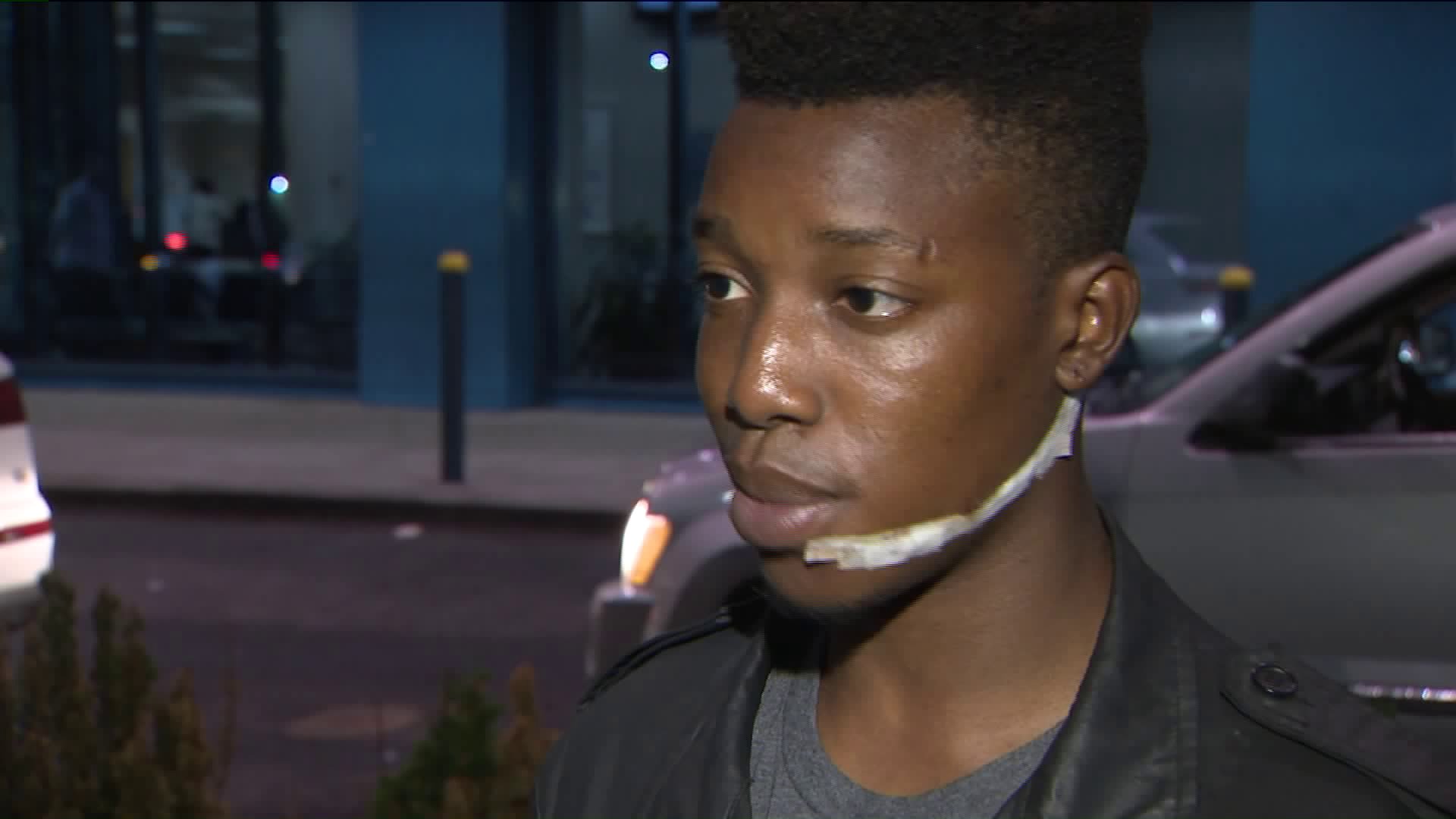 He explains how he went into survival mode after a stranger slashed him. 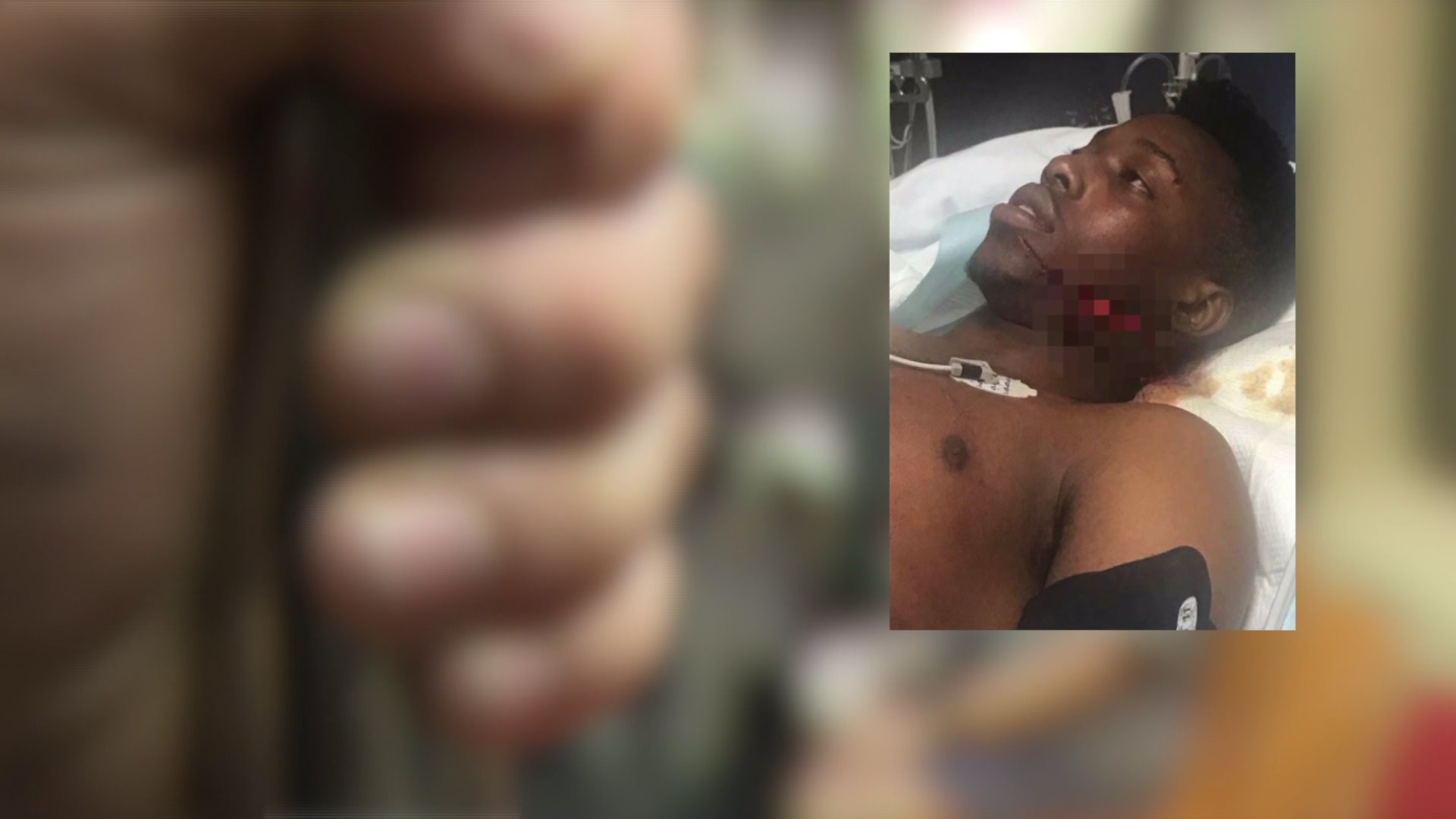 ROCKAWAY, Queens — A 21-year-old subway rider was startled out of his exhaustion on the subway after a long day at Comic Con when a stranger slashed him in the face.

Anthony Durden was on the A train early Sunday morning around 1: 30 a.m. He didn't even realize what happened at first.

The man laughed at him as Durden tried to defend himself, he said. Durden hit the man with a piece of costume he had in his hand from the manga "Naruto."

"I hit him in the face with what I had in my hand and he tried to slice me again," Durden said.

The man got off the train and fled the station in an unknown direction.

Durden's face was leaking blood as he got off the train, he said. Luckily, someone from his church was at the station and had a towel for him to stop the bleeding.

It took more than 20 stitches to treat the large laceration, Durden said.

"The wound is from the back of my neck all the way down," he told PIX11 News.

He also had a message for his attacker.

"I forgive him," Durden said. "At the end of the day, things happen. I'm thankful to be alive."

Police have asked for help identifying the attacker.  He is about 26 to 28 years old and 5 feet 8 inches tall. The attacker was last seen wearing a red, white and blue jacket; blue jeans and white sneakers.