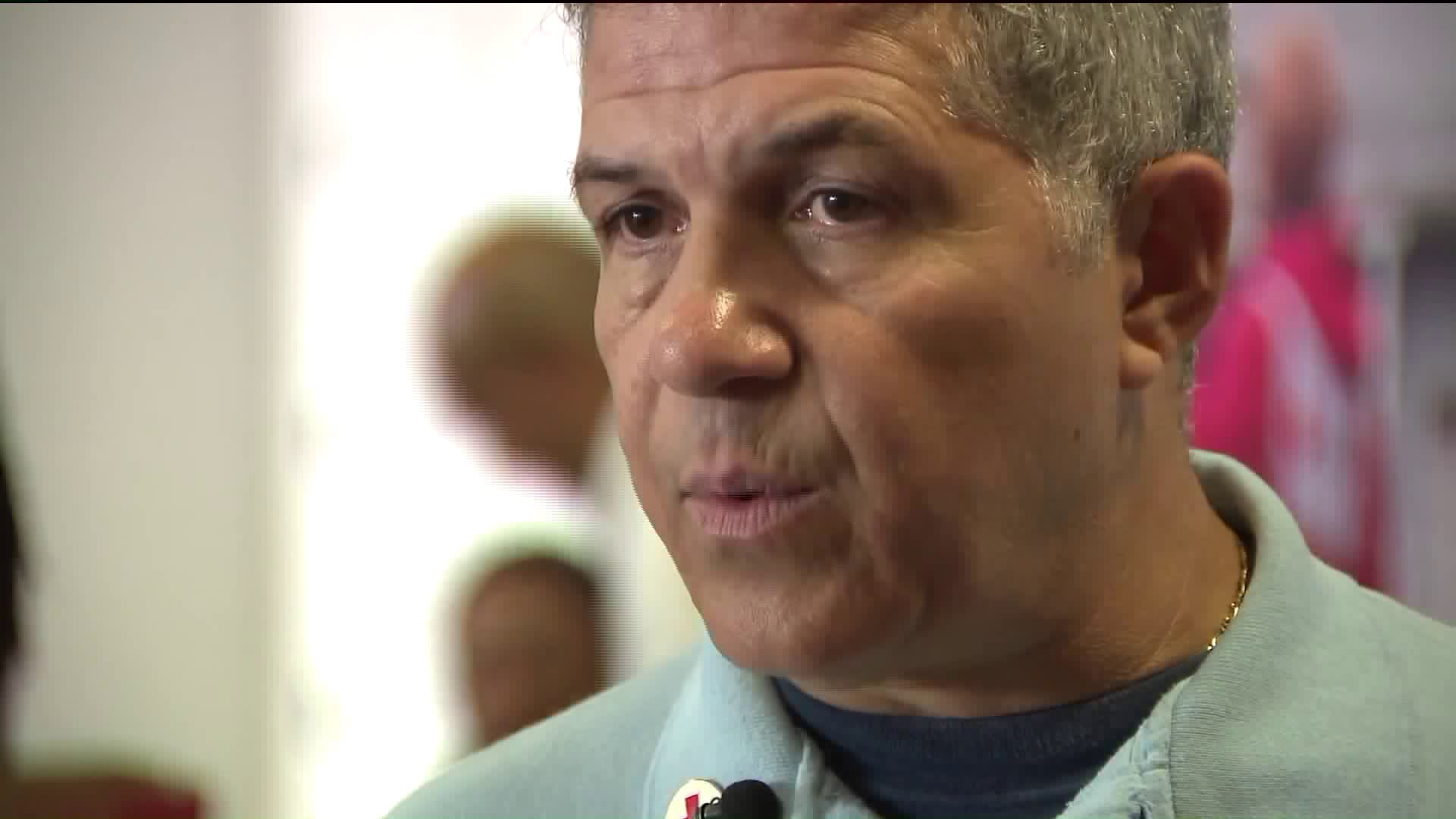 "It`s the way I was raised," one volunteer says.

A man walks past a house laying in flood water in Catano town, in Juana Matos, Puerto Rico, on Sept. 21, 2017.
(HECTOR RETAMAL/AFP/Getty Images)

The U.S. territory — home to some 3.4 million people — is without power, and at least one death has been reported after the then-Category 4 hurricane ravaged the island when it made landfall Wednesday.

“New York City stands in solidarity with those affected by Hurricane Maria, and many of us are looking for ways to help. We’re encouraging New Yorkers to donate these critically needed items at a local drop-off site,” de Blasio said in a news release.

The city is only accepting the items listed above.

Donations cannot be second-hand, or contain liquids of any kind. Open or unsealed donations of food or hygiene supplies will not be accepted, and wet wipes will also not be accepted.

New York is home to the largest Puerto Rican population in the country, and many have personal ties to the island, including U.S. Representative Nydia M. Velázquez, who was born in Yabucoa.

“For many of us (New Yorkers), Puerto Ricans are family, both literally and figuratively.  New Yorkers take care of one another and that spirit extends to this current catastrophe in Puerto Rico and other Hurricane-impacted areas,” said U.S. Representative Nydia M. Velázquez.

In addition to donating items, money can be donated to the Mayor's Fund at nyc.gov/donate and HispanicFederation.org/donate.

You can also text "unidos" to 41444. Message and data rates may apply.

The following 18 firehouses and EMS stations are accepting donations between 7 a.m. and 9 p.m. Be aware, FDNY members may not be present at firehouses if they are responding to emergencies.