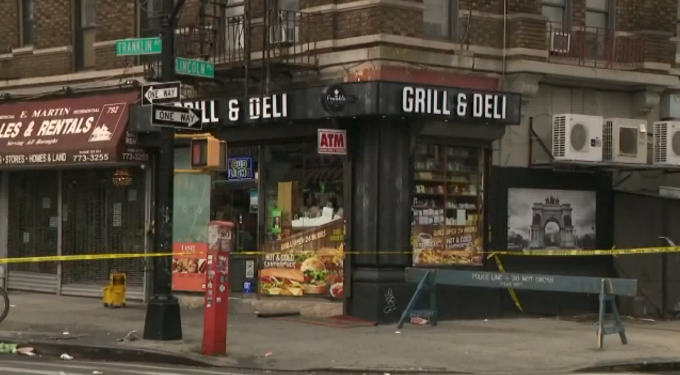 Six empty shell casings dot the street outside of Franklin’s Finest Deli in Brooklyn. The Crown Heights bodega - the scene of an early morning shooting that left one man dead. 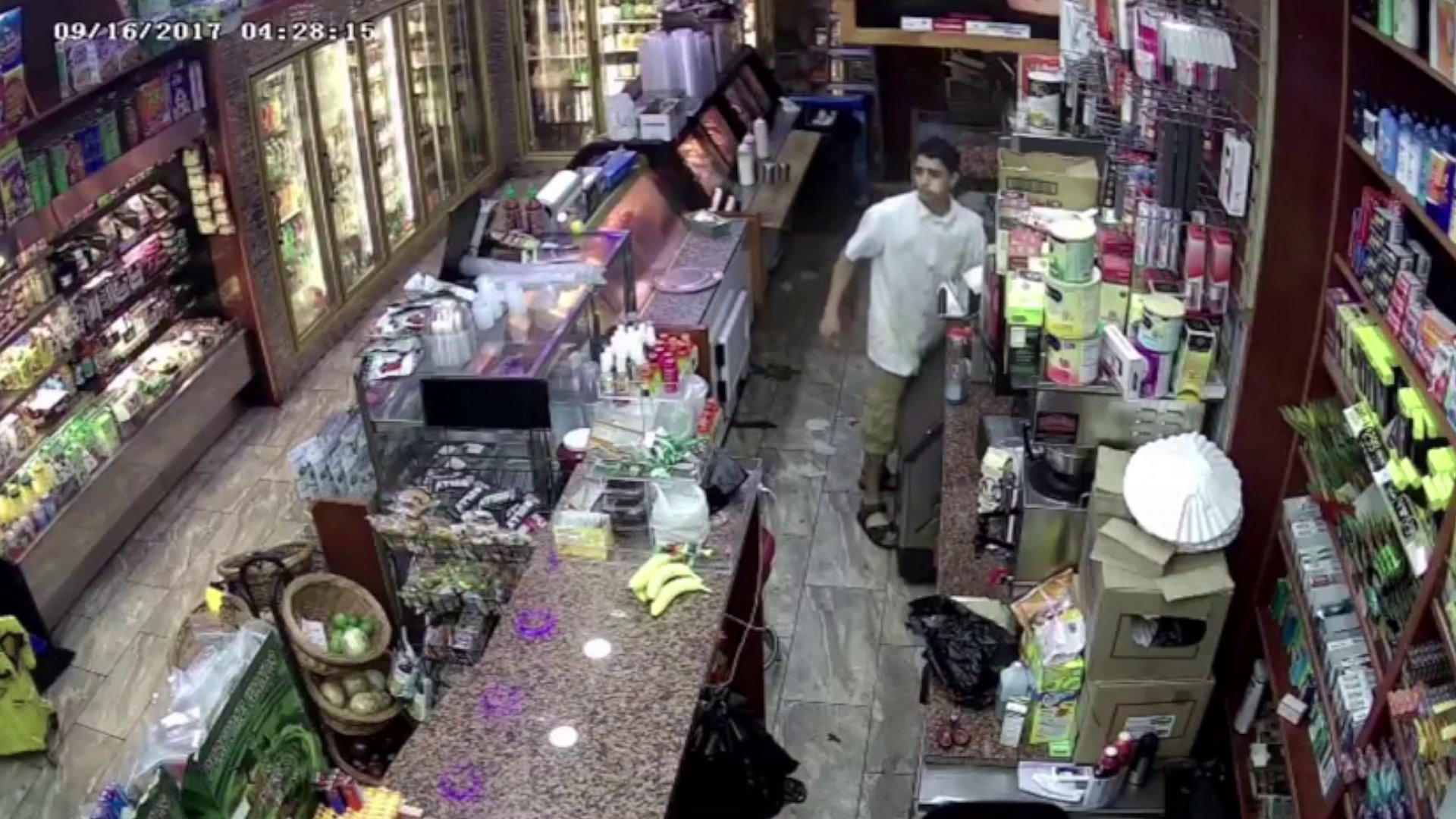 CROWN HEIGHTS, Brooklyn – A man is dead after a shooting outside a bodega in Brooklyn on Saturday.

Police arrived at Franklin Finest Deli at the intersection of Franklin Ave. and Lincoln Place around 4:20 a.m.Saturday morning and found a 20-year-old man shot multiple times in the torso.

Police say the man, who is a regular at the bodega, had just finished paying for his items when he stepped outside and was gunned down.

The victim ran back into the deli to seek cover, but was already bleeding and was breathing hard, the deli clerk told The Daily News. He also said that he saw four individuals waiting behind cars outside the deli prior to the shooting.

EMS took the victim to Kings County Hospital where he was pronounced dead.

The name of the victim has not been released.

No arrests have been made, and investigation is ongoing.