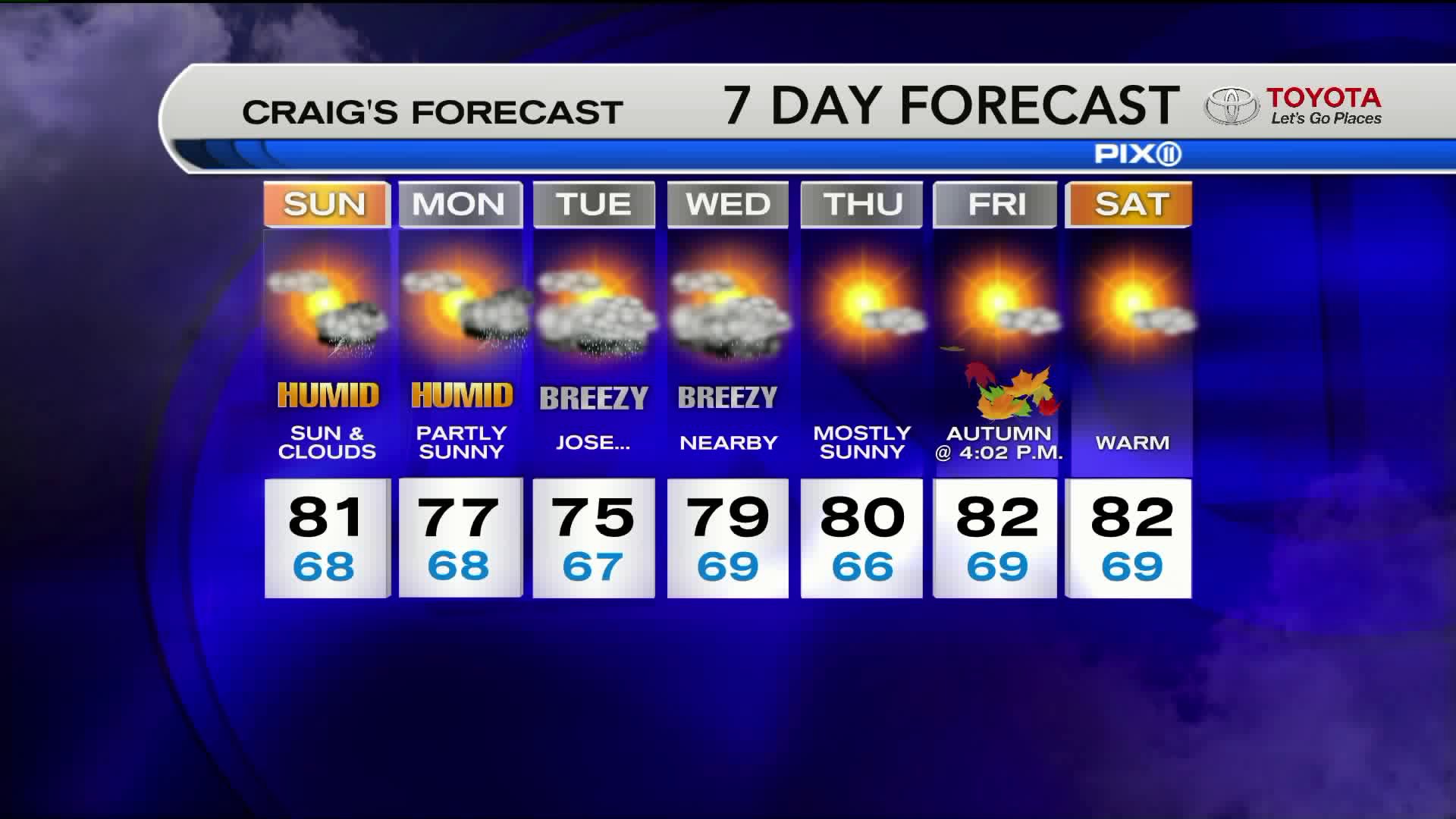 Tropical Storm Jose has strengthened back into a hurricane, according to the National Hurricane Center — and could impact the tri-state area next week, with heavy rain, winds and flooding possibly slamming parts of the region.

It had maximum sustained winds of nearly 80 mph and was 550 miles southeast of Cape Hatteras, North Carolina, early Saturday, according to the hurricane center.

Jose remains out in the Atlantic Ocean and is moving toward the northwest, and that motion will bring it closer to the United States through the weekend. Just how far it moves west before turning to the north will tell forecasters a great deal about the likelihood of whether it will make landfall somewhere along the eastern US coastline.

Hurricane Jose expected to make a turn northeastward by Tuesday. However the track still needs to be closely monitored @PIX11News pic.twitter.com/3UdKPg6ICf

The National Hurricane Center has included parts of the United States, from New Jersey up to New England, in its "cone of uncertainty," which shows the probable track of the center of a storm over a five-day period. The cone includes the New Jersey coastline, Long Island, most of Connecticut and Massachusetts and all of Rhode Island.

A majority of the models keep the center of the storm over the ocean, including the major global models the GFS -- the American forecast model -- and the ECMWF -- the European one.

Still, the proximity to land will likely bring strong gusting winds and rain to the Northeast, including New York City, by the middle of next week. In addition, tropical-storm-force winds could extend to North Carolina's Outer Banks on Monday, the National Hurricane Center said.

The official forecast track from the hurricane center puts Jose as a strong tropical storm Wednesday 225 miles southeast of New York. Coincidentally, the average track error for the forecast at five days is 225 miles. The forecast gives about a 1-in-4 chance of seeing tropical-storm-force winds -- more than 39 mph -- in the Mid-Atlantic and Northeast.

At one point last weekend, Jose was a Category 4 hurricane.

But the window for intensification looks to last the weekend only. After that, an increase in wind shear and cooler ocean temperatures should begin to weaken Jose as it approaches the Mid-Atlantic and Northeast coasts next week.

No matter its path, Jose's ocean swells are likely to cause life-threatening surf and rip current conditions in Bermuda, the Bahamas, the northern coasts of Hispaniola and Puerto Rico, and the US Southeast, the hurricane center said.

The hurricane season lasts through November. Two major hurricanes, Harvey and Irma, have made landfall in the United States already this year.