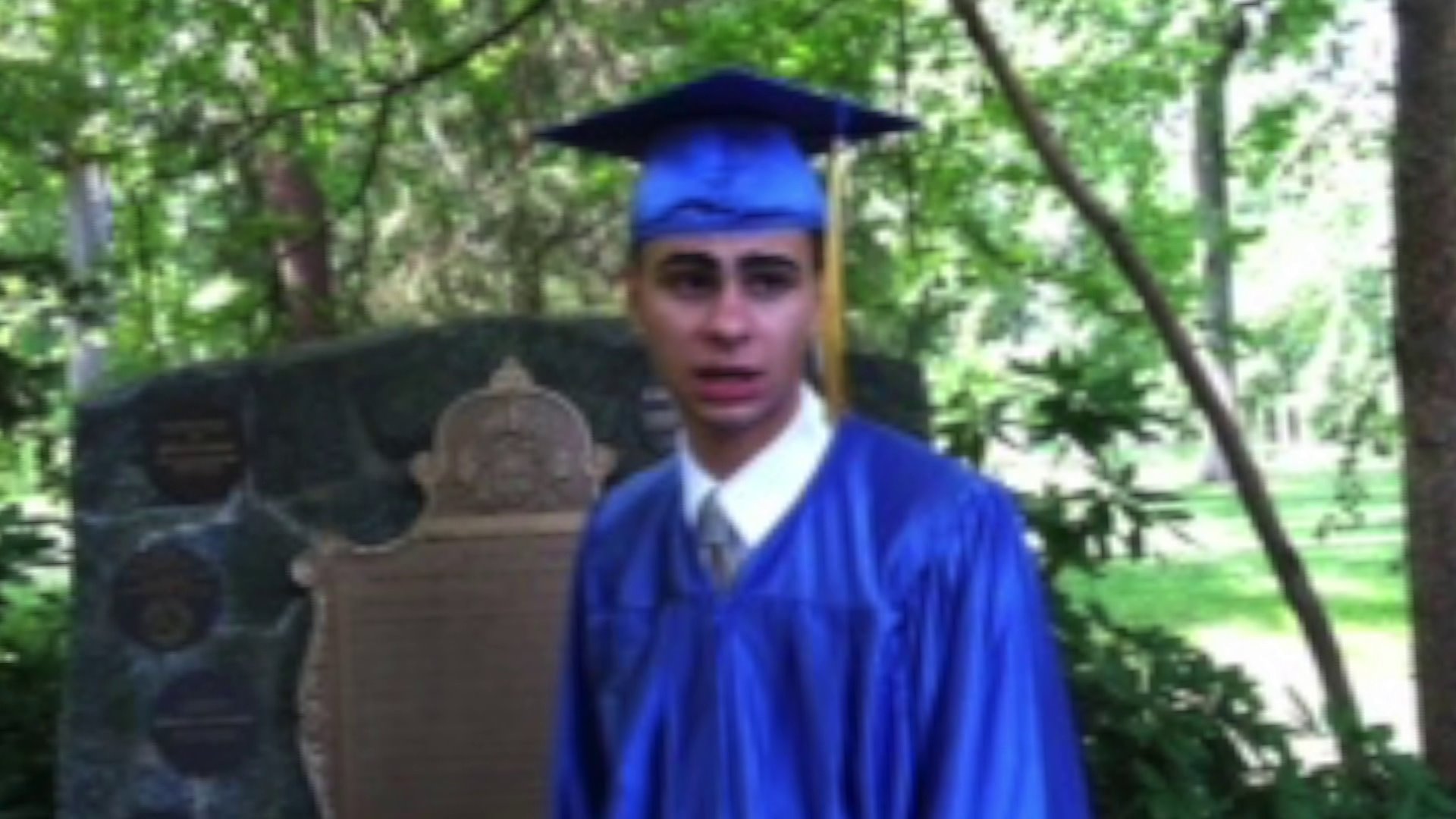 He was in the news after beating a 91-year-old man with a cane. Now the schizophrenic 19-year-old is in jail and his mother is worried about him.

INWOOD, Manhattan — It's been more than a month since Rosa Nazar got an unlikely hug in upper Manhattan: It came from the 91-year-old man her mentally ill son had hit with a cane.

Nazar's 19-year-old son, Saul Nunez, was diagnosed with schizophrenia shortly after his arrest for assault in June. He told his mother he had been using the cane to suck demons out of the air.  She was disturbed by a conversation they had in Bellevue Hospital's psychiatric ward.

"He told me, 'Mommy, do not come here anymore, because the devils are following you and they want to hurt you.'"

It's been a painful journey for the mother of two sons. She noticed her youngest, Saul, "didn't talk to anybody" in kindergarten. He made friends as an adolescent and joined Boy Scouts.

Yet his problems became more pronounced in high school, and he only graduated with help from a psychologist.

Saul Nunez didn't stay very long at Bellevue after his schizophrenia diagnosis. He was moved to Rikers Island. Nunez wasn't granted bail even though the elderly victim had made a good recovery.  Nazar claimed to PIX11 her son is "being pumped with all kinds of pills."

There's a monthly injection for schizophrenia, Nazar said, and daily pills. There's a pill to control the shaking caused by one medication and another pill to treat constipation that's often a by-product of the prescriptions.  It's a sad existence for a teen who didn't choose to be mentally ill.

Rosa Nazar had sought treatment in the hospital for her son back in March, but he was released within a week.

A month after Nunez was captured on surveillance hitting the elderly man in Inwood, a deranged, paroled criminal assassinated Police Officer Miosotis Familia.

The suspect, Alexander Bonds, had sought psychiatric help at St. Barnabas Hospital four days before the fatal shooting, only to be released. He was shot dead by police near the scene of the Officer Familia attack.

The two cases prompted Governor Andrew Cuomo to order a policy review at St. Barnabas Hospital and North Central Bronx Hospital, where Nunez had been treated in March.

Yet Dr. Lewis Nelson, who once ran the emergency room at New York University Hospital in New York,  told us every medical facility in the city makes difficult decisions daily due to the enormous flow of psychiatric patients through emergency rooms.

"This is a huge problem for every hospital," Dr. Nelson said. "There are just not enough hospital beds to take care of mentally ill patients."

Dr. Nelson pointed out that when mental health laws changed in the late 1970s, most asylums closed and community-based organizations were charged with counseling patients and prescribing their medications.

But changing the laws came with a price.

"We saw that the homeless population started to burgeon," Dr. Nelson said.

"Once they miss a few doses, their psychiatric illness starts to recur and, of course, it's a spiral downward from there."

Dr. Nelson is quick to point out that "Many people with mental illness are not violent. In fact, most are not. So it's really hard to know if someone is going to be violent, when you release them."

A study done in 2014 found that 38 percent of inmates in the New York City jail system had mental health problems and 7 percent of them had a serious illness like schizophrenia or bipolar disorder.

Matt Kudish, executive director of New York's National Alliance on Mental Illness, runs a "help line" that tries to assist the mentally ill and their families.

"It would be incorrect to assume that people living with a mental illness are going to be violent. People who are treated are very productive and leading normal, happy lives," Kudish said.

Rosa Nazar has started her own site for her son, Saul.