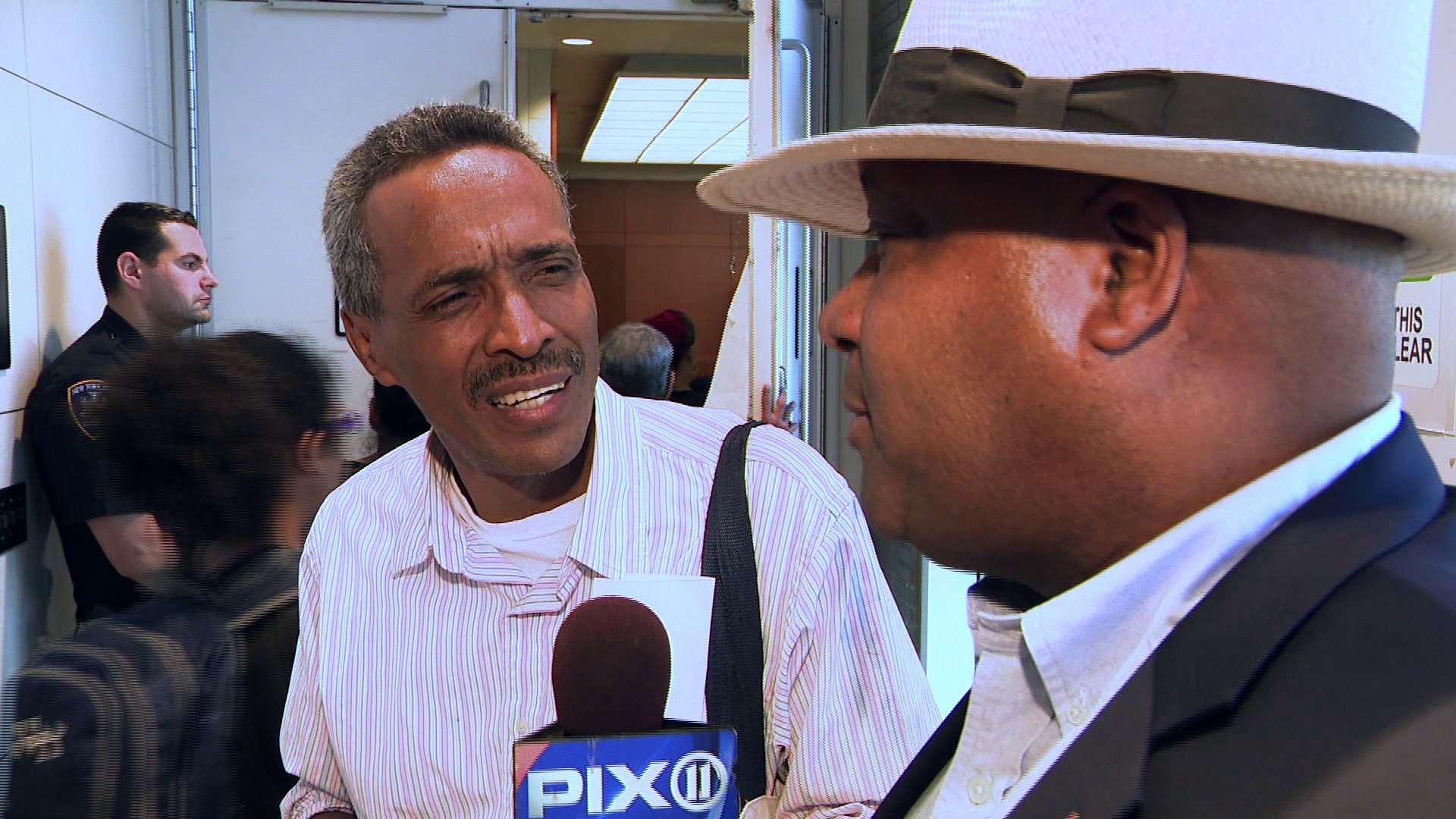 Howard finally came face to face with the Subdividing Squatter in the hallway.

THROGS NECK, the Bronx — Squatters are just awful. People who think they can pose as renters and then stop paying the landlord. And in New York City it can take forever to get them out of a property — even your own house.

Tom and Nancy Feretti have been “blessed” with one of the worst possible kinds of squatter, known by its Latin categorization “Squattus Subdividus.” In other words, some guy who had the unbelievable nerve to actually put up walls, subdivide the house they own in Throgs Neck, and rent out rooms. So this squatter, some guy named Francisco Martinez (whose original partner in chicanery apparently fled back to the Dominican Republic), makes money and the Ferettis get a huge headache.

I showed you what the mess looked like a few weeks ago. But on August 24th the parties went to housing court. I finally came face to face with the Subdividing Squatter himself in the hallway. But Mr. Martinez pulled the old "I don’t speak English" routine.

In court, Martinez's legal aid rep offered the Ferettis a deal: Martinez would get out by the end of October. The Ferrettis turned it down. So the judge set a trial date of September 11th.

We’ll let you know what happens.