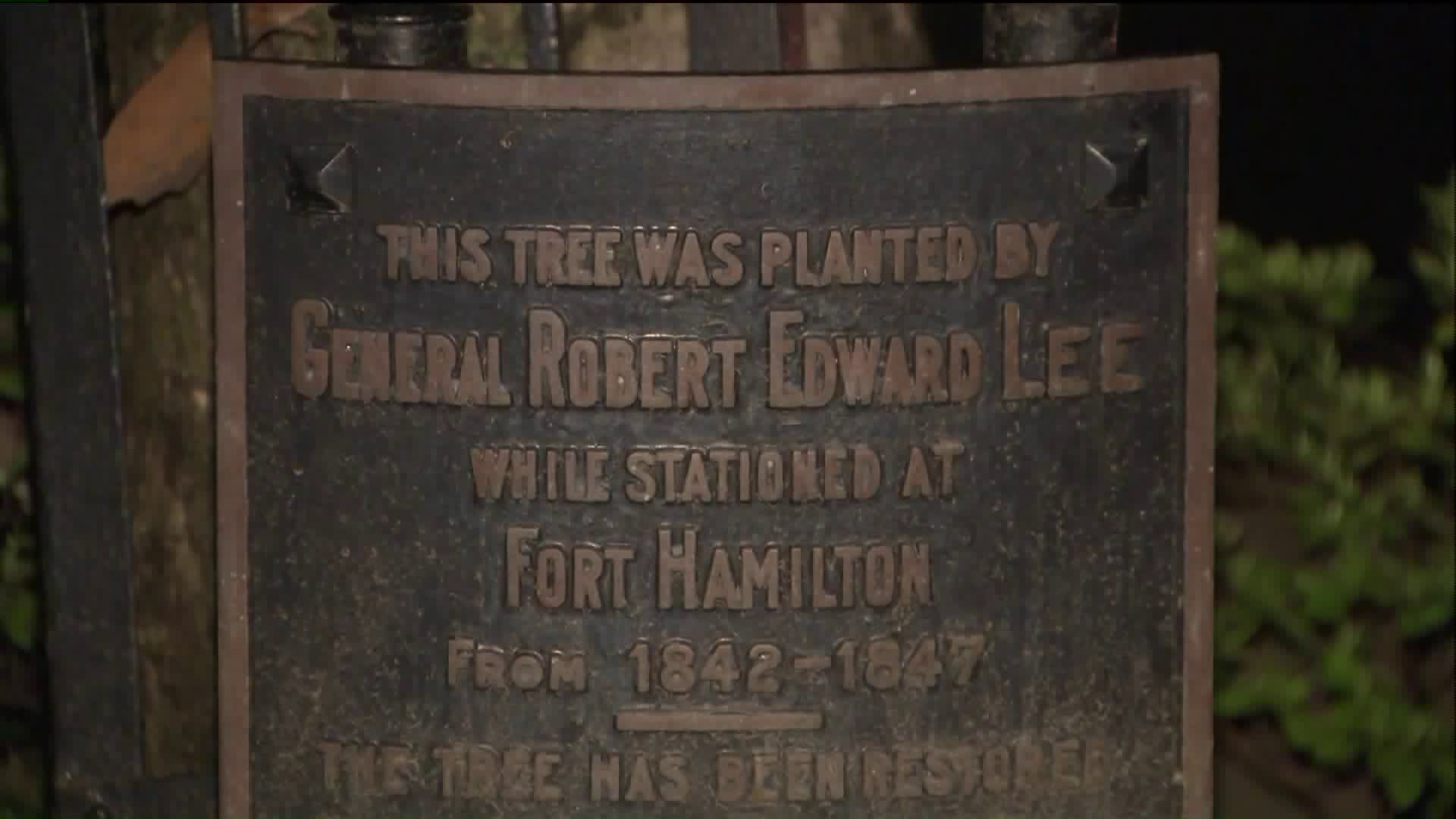 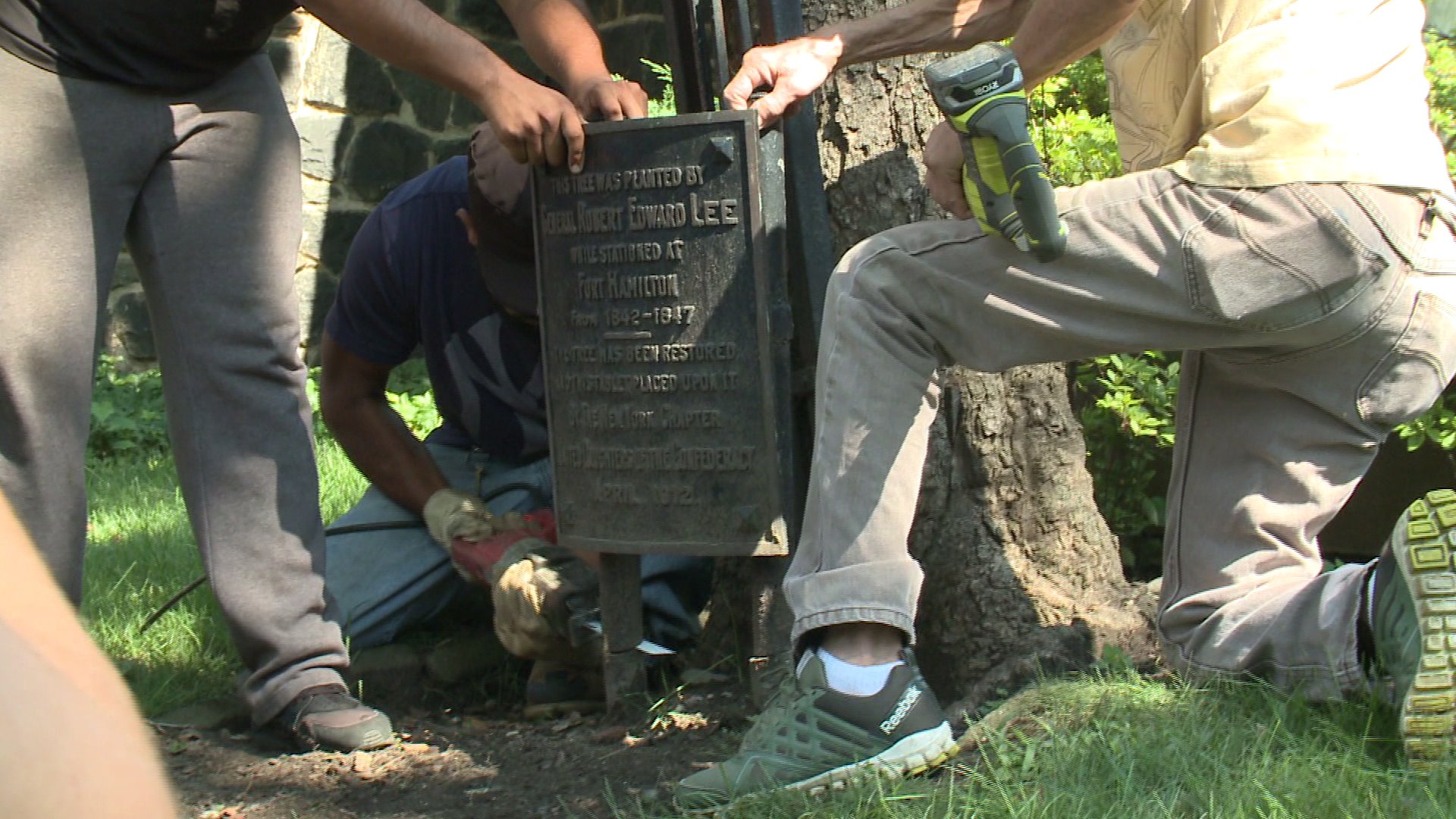 Bishop Lawrence Provenzano, leader of the Episcopal Diocese of Long Island said the plaques outside St. John's Episcopal Church would be removed Wednesday.

The United Daughters of the Confederacy markers commemorate the spot where Lee is said to have planted a tree while serving in the U.S. Army at Fort Hamilton in New York in the 1840s. Two decades later, he became commander of the Confederate Army of Northern Virginia.

The removal comes in the wake of last weekend's deadly white nationalist rally in Charlottesville, Virginia, where white supremacists protested plans to remove a Lee statue from a public park.

"The Episcopal Diocese of Long Island is on the right side of history by removing this symbol that venerates our history of slavery," the Rev. Khader El-Yateem said in a statement. "Removing this plaque makes it very clear that while we will never forget the history of slavery in America, we are ready to move forward and address racism at its root.”