‘This is more than just Pedro’: Hernandez’s mother speaks at protest set up by Women’s March organizer 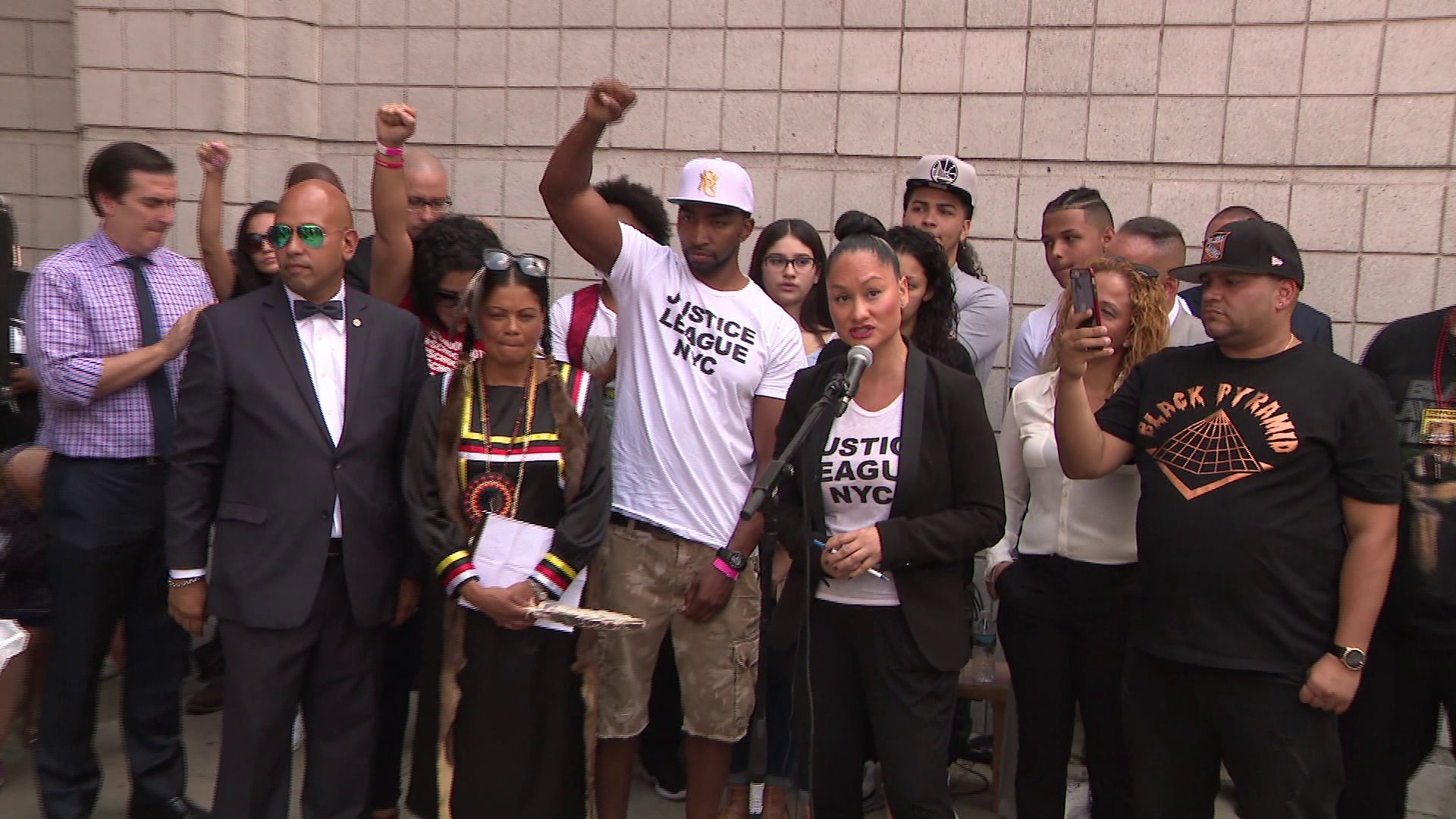 Hernandez spent a year at Rikers accused of robbery.

CONCOURSE, The Bronx — His criminal case has become an international legal cause that began in the Bronx, and on Thursday, some of Pedro Hernandez's supporters — including the organizer of the world's largest protest, as well as some powerful names from Albany — held a rally in the Bronx outside of the office of the prosecutor who first opened Hernandez's case.

The objective of the protest outside of District Attorney Darcel Clark's office was straightforward.

"Hopefully, Ms. Clark upstairs," said a local activist, who goes by the name Supreme, to the crowd of two hundred or so, "she'll dismiss all of the charges after the rally."

Also, the victim of another shooting of which Hernandez was accused has also insisted that the teen suspect was not the shooter. Because of that insistence, in part, that case was dropped.

For now, though, Hernandez has a trial date scheduled for next month in his attempted murder case. Support is strong, asking for the case to be dismissed.

"We have to make sure that she hears our message, loud and clear," said Carmen Perez, about District Attorney Clark.

Perez organized Thursday's rally, and is now well-known in the worldwide protest community for having been one of the main organizers of what's been called the largest protest in U.S. history, the Women's March, last January.

The rally Thursday outside of the Bronx district attorney's office, however, Perez and other protesters said, was no less important, because of the many issues involved.

The false testimony, says Gomez, as well as the Robert F. Kennedy Human Rights organization, which paid Hernandez's bail and is legally representing him, not only led to Hernandez spending a year behind bars, it's also helped to highlight other cases similar to that of Hernandez.

He has insisted on not taking a plea deal, but sat in jail at Rikers Island because his family could not afford his cash bail.

"It's not only about Pedro," said his mother, Jessica Perez, to PIX11 News after the rally. "It's about our youth, it's about our young Hispanics and blacks that have to stay in cages just because the parents don't got enough money to bail them out. No more bails for these kids!"

Joining her at the protest we're two state senators, Michael Gianaris, the deputy minority leader, and Gustavo Rivera, both Democrats. The two are behind pending legislation in Albany that would end the practice of cash bail being set in all but the most violent accused crimes.

Also leading the rally was Gomez, the private detective who found all the evidence that might possibly get Hernandez exonerated.

"Again, it's not just Pedro," Gomez told PIX11 News. "This now has exposed so many other kids. I've got 50 other kids that are in [Rikers], innocent, that have been incarcerated by this district attorney's office, and by those corrupt detectives. I've got a big battle ahead of me."

For its part, the district attorney's office said that it does not comment on civil matters such as Gomez's accusations. He views the issue as a criminal one. "I want to see them locked up," he said about the detectives and the assistant D.A. involved in Hernandez's case.

The NYPD had said that Detective Terrell is under investigation.