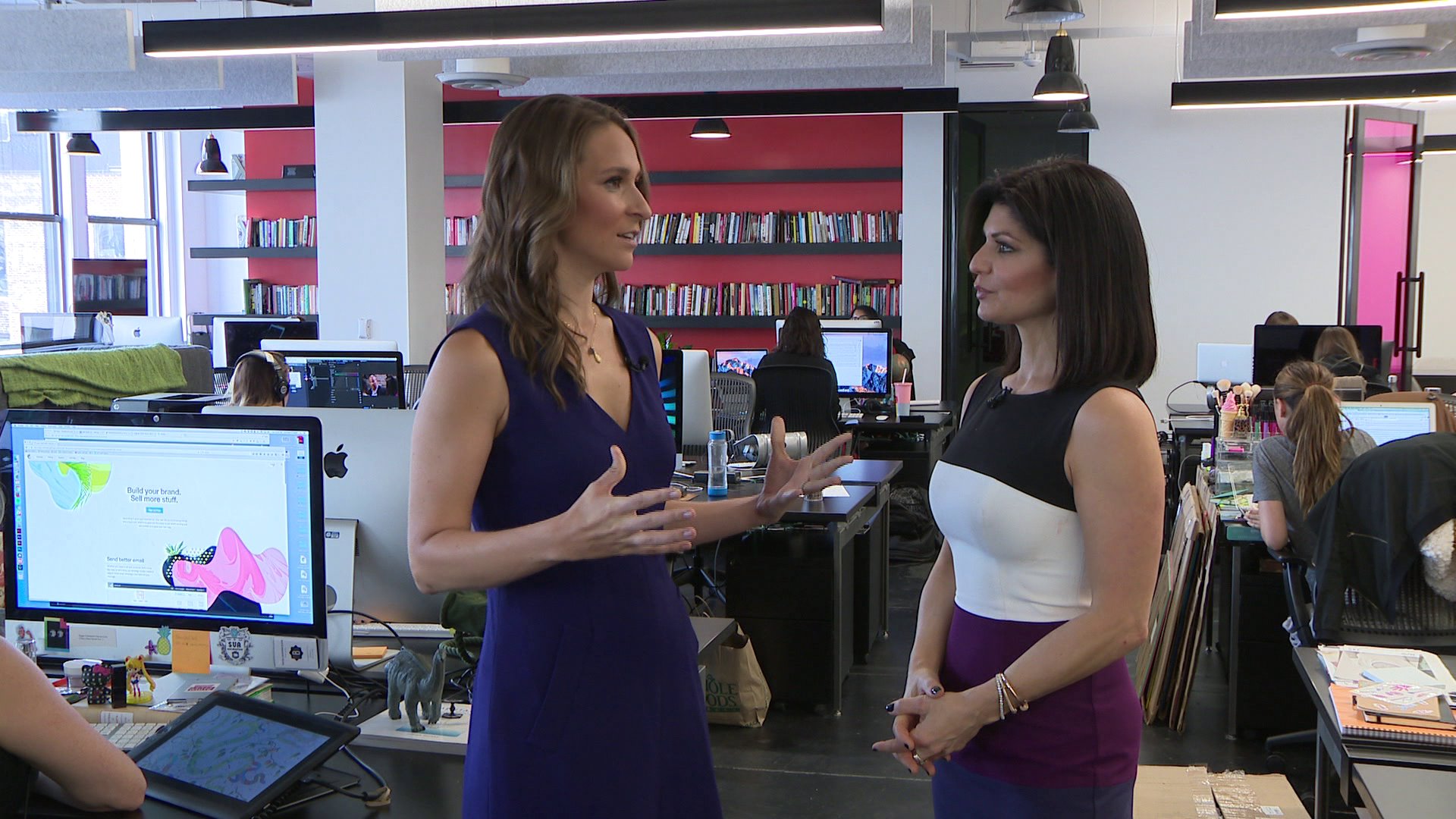 Tamsen Fadal sits down with the editor-in-chief to talk journalism, being female focused and building a creative workplace.

MIDTOWN, Manhattan- “We’ve always been very proud of being able to speak to women the way they want to be spoken to," Kate Ward said. Bustle Digital Group isn’t shy about being fiercely female. “It’s probably about 90 percent female and we’re so eager to spread all their voices," she smiled. Comprising the media conglomerate are the massively popular websites: Bustle, Elite Daily and Romper.

“We’re not speaking to all Millennials as if they’re one singular person," she explained. “What we’ve been able to do is really establish life stages all Millennials go through via our three brands." At the helm is Kate Ward, who has served as Editor-in-Chief since day one. “We deliver about 200 pieces of content each day," she said. “We really pay attention to our audience we see what are they interested in and what will they be interested in."

A commitment to delivering entertaining and meaningful material that started at a young age. "When I was 14 I joined my junior high newspaper and I never looked back, I realized that’s what I really wanted to do," she Ward remembered. "I went to journalism camp when I was 17, which sounds so nerdy but it was the best five weeks of my life, it was amazing!”

After several years working in the business, Ward joined forces with CEO Bryan Goldberg to launch the largest digital media property for millennial women. “We were on a sofa just coming up with different ideas everyday and we’ve tried to foster that experience as we’ve grown into what we are now in our new office," she said. Combined they reach 80 million people, curating and creating content on a range of topics. “We really want to serve out readers in not only lifestyle, not only fashion not only entertainment but all their interests," she described. "Bustle launched with news back in 2013 and we were really passionate about being a women’s brand that had news as one of its centralized verticals."

An integral part of its success, a strong social media presence. "Instagram was something that four years ago not too many people paid attention to but it was something that all of our employees were really passionate about," Ward said. "So having an eye on that and realizing we needed to grow our base there and dominate was a huge opportunity for us." And collaboration is key, which is why ward says it’s crucial to have a comfortable workspace catered to creativity.

Ward never slows down, her mind’s always on the move leading to the nickname Flash. But to her none of it feels like work. "It is a lot but the best thing is is when you have a passion for your brands and a passion for what you do you actually don’t mind that."