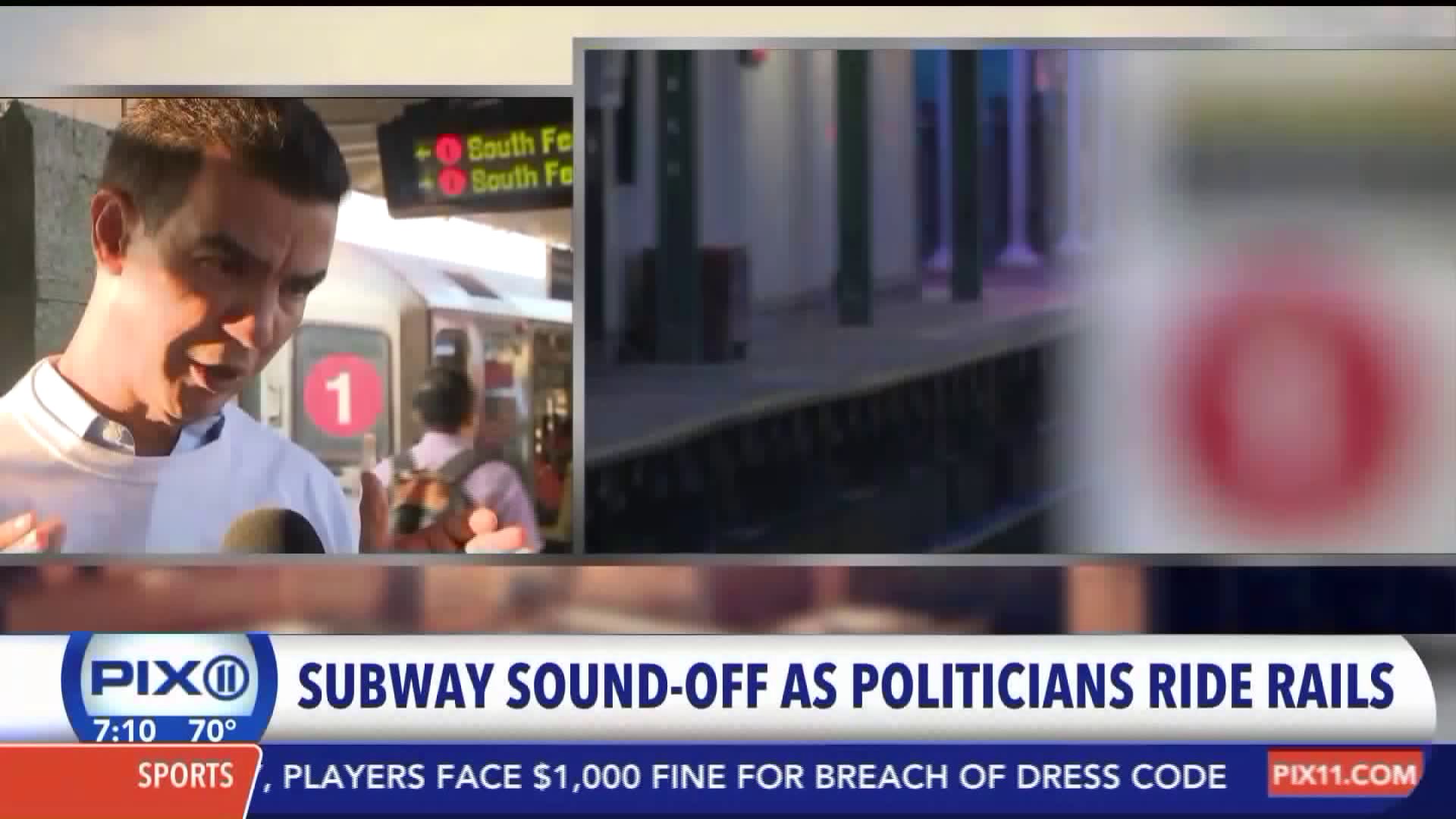 Time is money and straphangers have been feeling it with two-thirds of them saying they cope with delays at least three times a week.

NEW YORK — Time is money — and straphangers have been feeling it with two-thirds of them saying they cope with delays at least three times a week.

It's the not-so-surprising finding from two politicians doing something no one would want to repeat: they rode the subway for 24 hours over two days.

It's the commitment Councilman Ydanis Rodriguez and state Assemblyman Jeffrey Dinowitz felt they needed to experience to effectively represent what commuters face daily.

Of the nearly 2,000 riders who shared their feedback:

They also don't care about political bickering, or how it gets paid for.

"Delay, delay, delay. People are sick and tired of being late. And they don't care who pays for the fixes. The city or the state. It's really all taxpayer money anyway,"  Dinowitz told PIX11 News in an early morning interview. "They want the problem solved."

He was on the steps of City Hall, where the MTA, City Council, Dinowitz and other politicians announced the findings Tuesday morning, in an effort to determine the biggest priorities for the beleaguered subway system, now suffering the consequences of decades of delayed maintenance.

Mayor Bill de Blasio has proposed a millionaire's tax of half a percent for couples making a million or more, and single taxpayers pulling down $500,000 or more annually.

Other proposals include getting the state to "give back" more to the MTA from annual tax revenues. Another is to reinstitute a commuter tax for those who benefit from public transit, but live outside the city.

It's all on the table, with the goal of making New Yorkers' lives easier.

Below is the entire news conference announcing the survey: