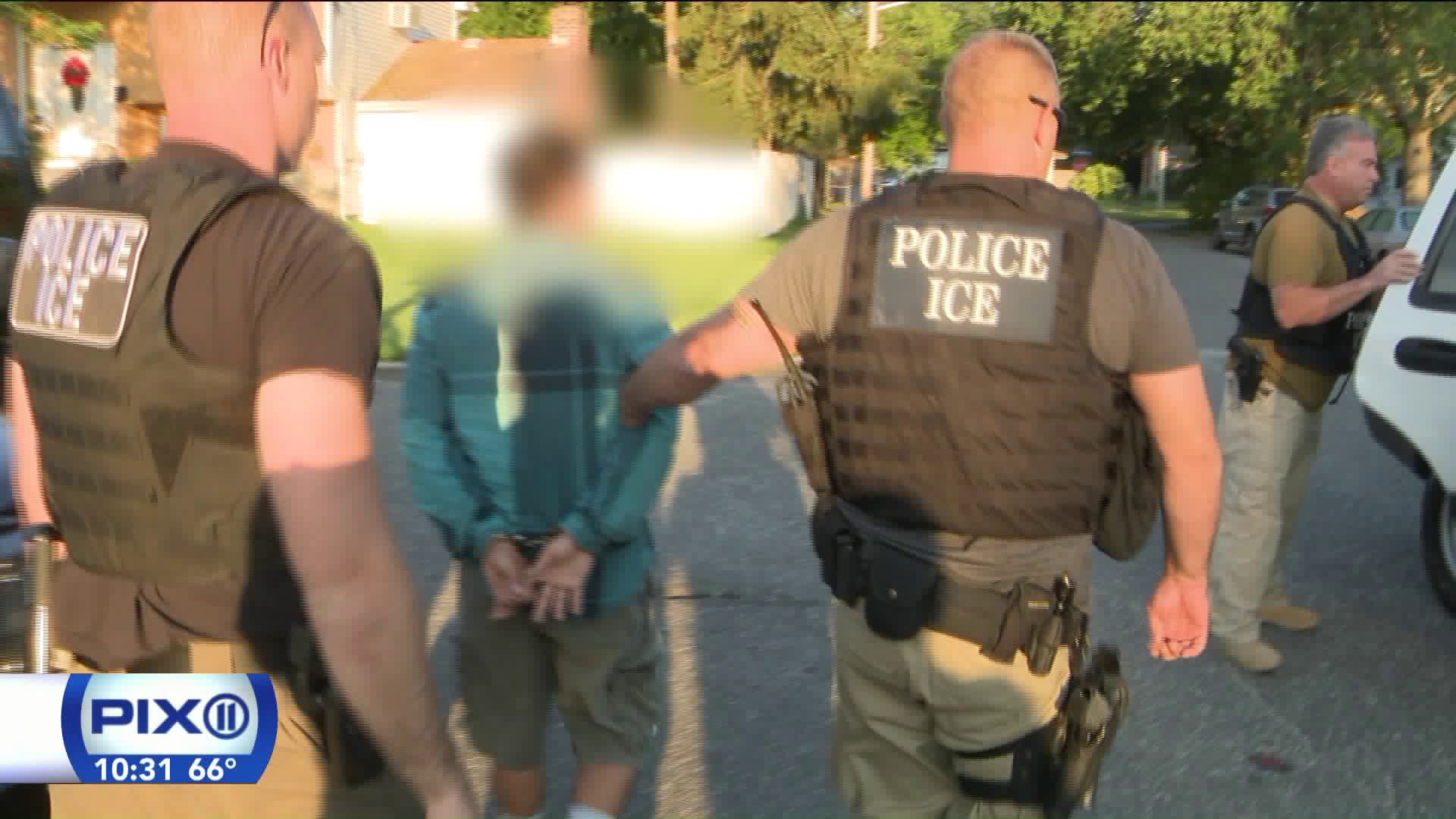 PIX11 Investigates rode with ICE enforcement and removal agents as they arrested two menconvicted of having sexual contact with young girls, as part of OperationSOAR (Sex Offender Alien Removal).

The first man entered the United States illegally and was convicted of criminal sexual act and endangering the welfare of a child.

In preparation for the arrest, officers conducted days of surveillance on the man, who lived on a residential street in Brentwood.

Agents loaded in two SUVs at the ICE Long Island field office, around 5 a.m, and set out for the man who was preparing to leave for work.

Once on the block where he lives, we sat for an hour waiting for the Nissan sedan that normally picks him up.

But there was an unexpected twist — the vehicle didn't show and the man began to walk down the street. Once he was away from his house, officers moved in and arrested him.

He told officers he was scheduled to go to court the following day.

The man, who we agreed not to identify, was convicted of sexually assaulting a 10- and 15-year-old girls, and is a level-one registered sex offender.

The second target, also a level-one sex offender, lived in a home in Central Islip, nestled between two elementary schools. He was convicted of having sex with a 13-year-old girl.

The arrests PIX11 witnessed were planned, and both men were picked up near their homes.