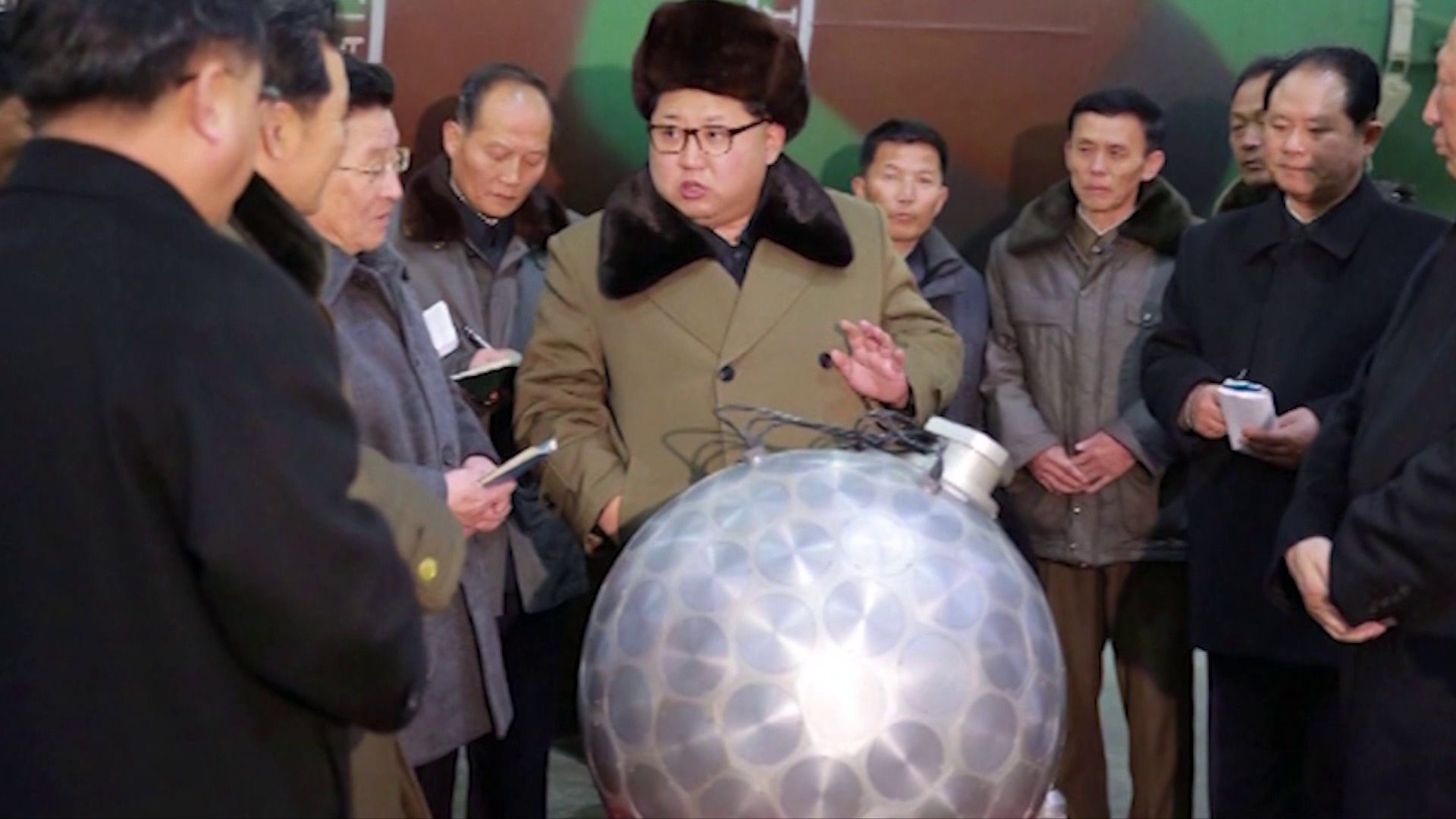 "They will be met with fire, fury and frankly power the likes of which this world has never seen before," he said.

North Korea says it is examining its operational plans for attacking Guam to contain U.S. bases there.

The army said in a statement distributed Wednesday by the state-run news agency that it is studying a plan to create an "enveloping fire" in areas around Guam with medium- to long-range ballistic missiles. The U.S. territory is home to Andersen Air Force Base.

The statement says the move is in response to a recent U.S. ICBM test.

It comes as President Donald Trump says North Korea "will be met with fire and fury like the world has never seen" if it makes any more threats to the U.S.

A Japanese defense paper and a U.S. media report Tuesday said North Korea may have successfully produced a miniaturized nuclear warhead that can fit inside its missiles.

President Donald Trump issued an extraordinary ultimatum to North Korea earlier Tuesday. He warned the country not to make any more threats against the United States or they will "face fire and fury like the world has never seen."