Man on bicycle steals from taxi drivers in Manhattan 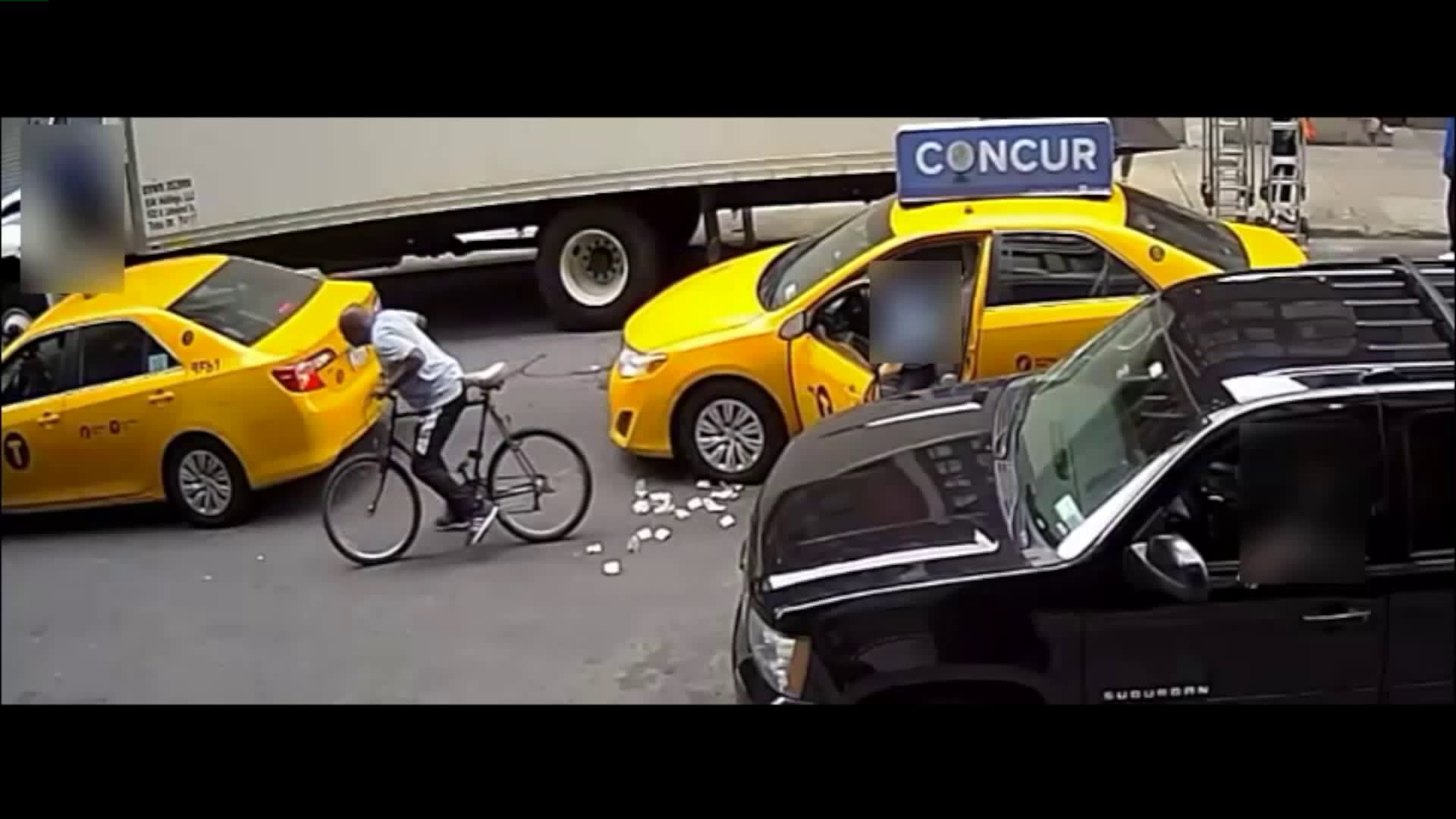 He bikes alongside taxis with open windows, reaches in and grabs cash from the drivers.

MANHATTAN — A man on a bicycle has been robbing taxi drivers throughout Manhattan, police said Tuesday.

He bikes alongside taxis with open windows, reaches in and grabs cash from the drivers, an NYPD spokesperson said. The man has stolen at least $647 from cab drivers since the end of June.

In one incident, the man punched the 46-year-old taxi driver before grabbing $200, police said. He left the bicycle, which was later determined to be stolen, at the scene and fled on foot.

Police have asked for help identifying the man. They say he is about 5 feet, 10 inches tall and weighs around 200 pounds.