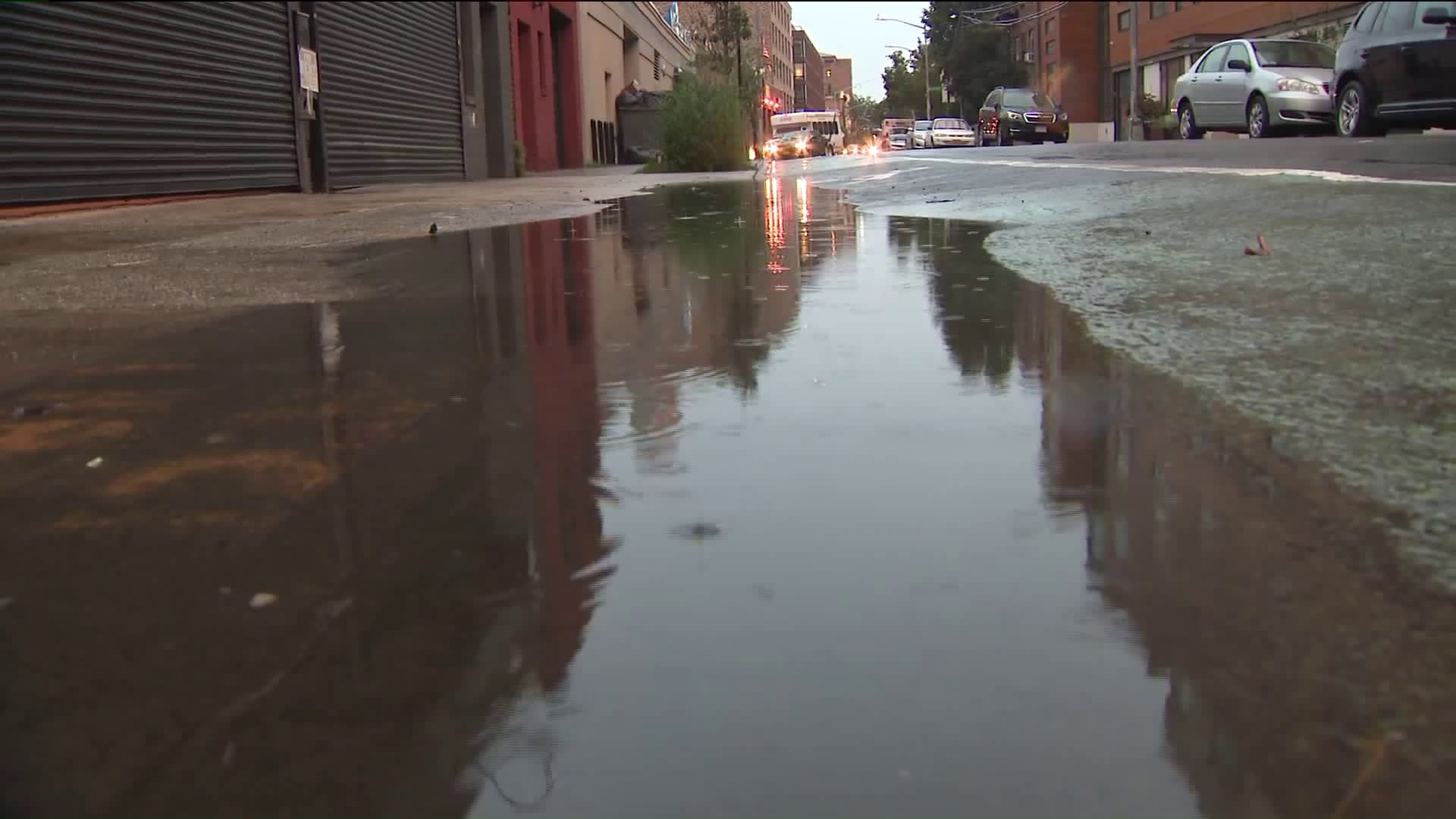 Commuters and residents in the area are dealin with floods of Gowanus water through their streets in heavy rain.

GOWANUS, Brooklyn — The Gowanus Canal is considered to be one of the country's most polluted bodies of water and the toxic canal is quick to flood.

"It doesn't smell very good and it's difficult to get around, says Maureen Farrell, who's lived in the Gowanus section of Brooklyn for more than ten-years. "It is nerve-wrecking, you have to watch out for your car, you don't want your tires to get buried, it can be dangerous."

On Friday, morning commuters were forced to drive through Gowanus streets-turned rivers after some heavy summer rain.

"It's amazing how fast it happens when the rain starts, it floods instantly, said Alexis Porten, who works in the area.

Sewage quickly washes into the 1.8-mile river that runs through south Brooklyn. Recently,  two-bulkheads collapsed on the banks of the canal and the city's department of environmental protection warns more cave-ins are possible.

Workers are preparing to start scooping up toxic sludge — known as black mayonnaise —  from the bottom of the waterway.

"My window looks out over the Gowanus Canal and it's just always full of trash," said Porten. "It's disgusting, you see things floating that I would never even want to be near me and then when it rains it floods immediately."

The city is also in the middle of constructing storm sewers and catch basins, in hopes of keeping storm water out of the sewage system. While workers are in the process of cleaning the toxic waters, the entire cleanup is not expected to be done for another five years.

"It's just a frustration, but I think it's more about the smell and the worries about what's in the Gowanus," Farrell said.