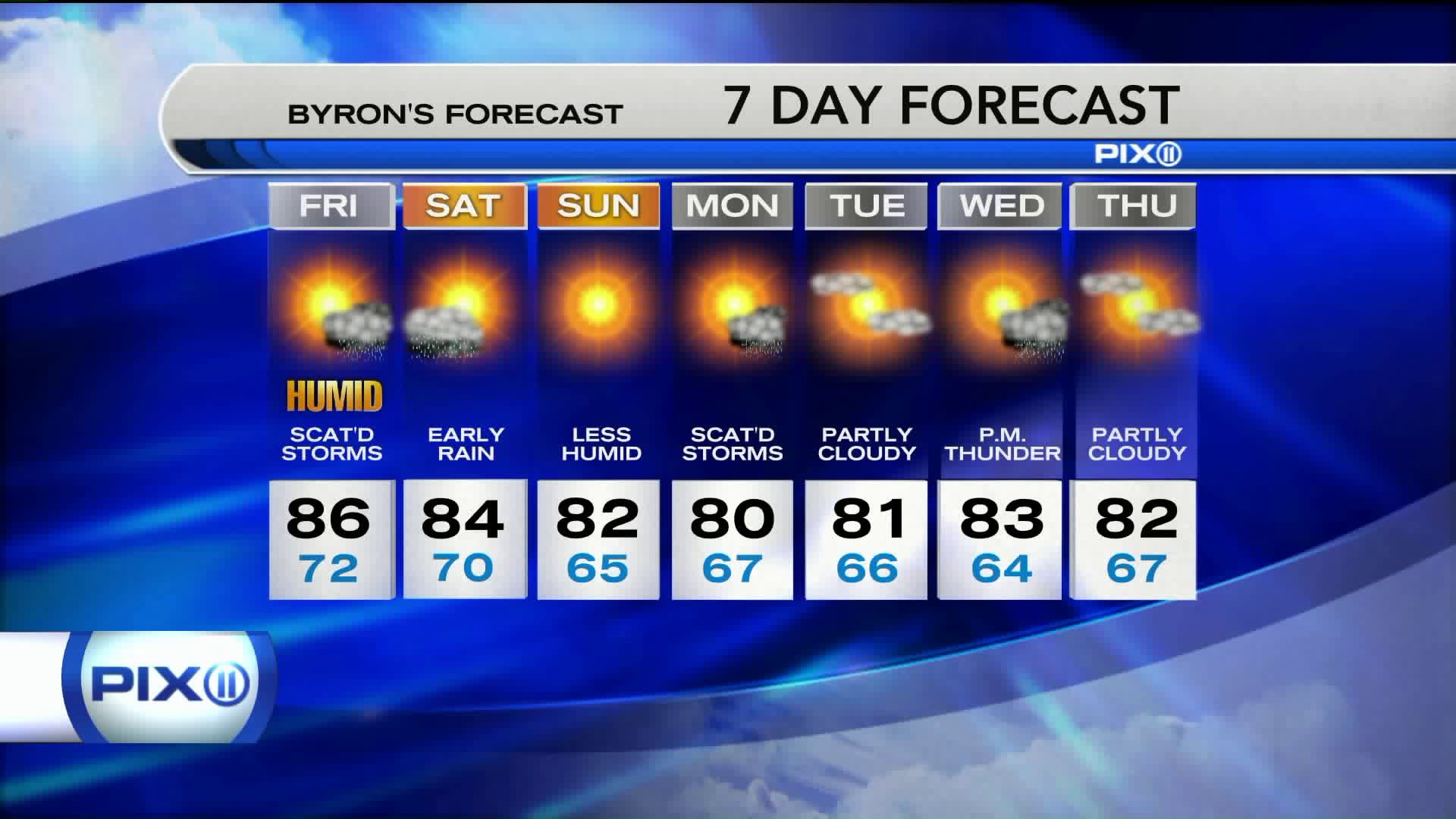 The weekend may be starting off with rain and humidity, but the uncomfortable weather won`t last for long.

NEW YORK — A flash flood warning is in effect in Brooklyn and Queens, where as much as an inch of rain fell Friday morning, according to the National Weather Service.

Locals received an emergency alert on their phones around 8:40 a.m. stating the warning was issued, and set to last through 10:30 a.m.

Heavy rains dumped up to 1 inch from Williamsburg to northeast Jackson Heights prior to the flash flood warning being issued.

Heavy rain due to thunderstorms was first detected by the weather service at 7:08 a.m., prompting what was initially a flash flood advisory.

Flooding of small creeks and streams, urban areas, highways, streets and underpasses and other drainage areas and low lying spots is expected.

The advisory was at first set to last through 9:15 a.m.

Heavy downpours are pushing from southeast to northeast, and expected to end by late morning.

The tri-state area will see one more warm and humid day before drier air will move into the region from Canada.

We can expect partly sunny skies Friday afternoon with scattered showers and thunderstorms. Some of the storm may contain locally heavy downpours and gusty winds. The high temperature will be 86 in the city and mid 80s in the suburbs.

Friday night will be mostly cloudy, with scattered showers and thunderstorms and a low of 70 in the city and upper 60s in the suburbs.

Saturday is expected to be cloudy with rain and thunderstorms early as a cold front moves through the region. The high temperature will be 84 in the city and mid 80s in the suburbs.

Sunday will be mostly sunny and less humid as high pressure moves into the area from Canada. The high temperature will be 82 in the city and low 80s in the suburbs.

Enjoy the sunshine while it lasts, more thunderstorms are forecast to hit Monday.