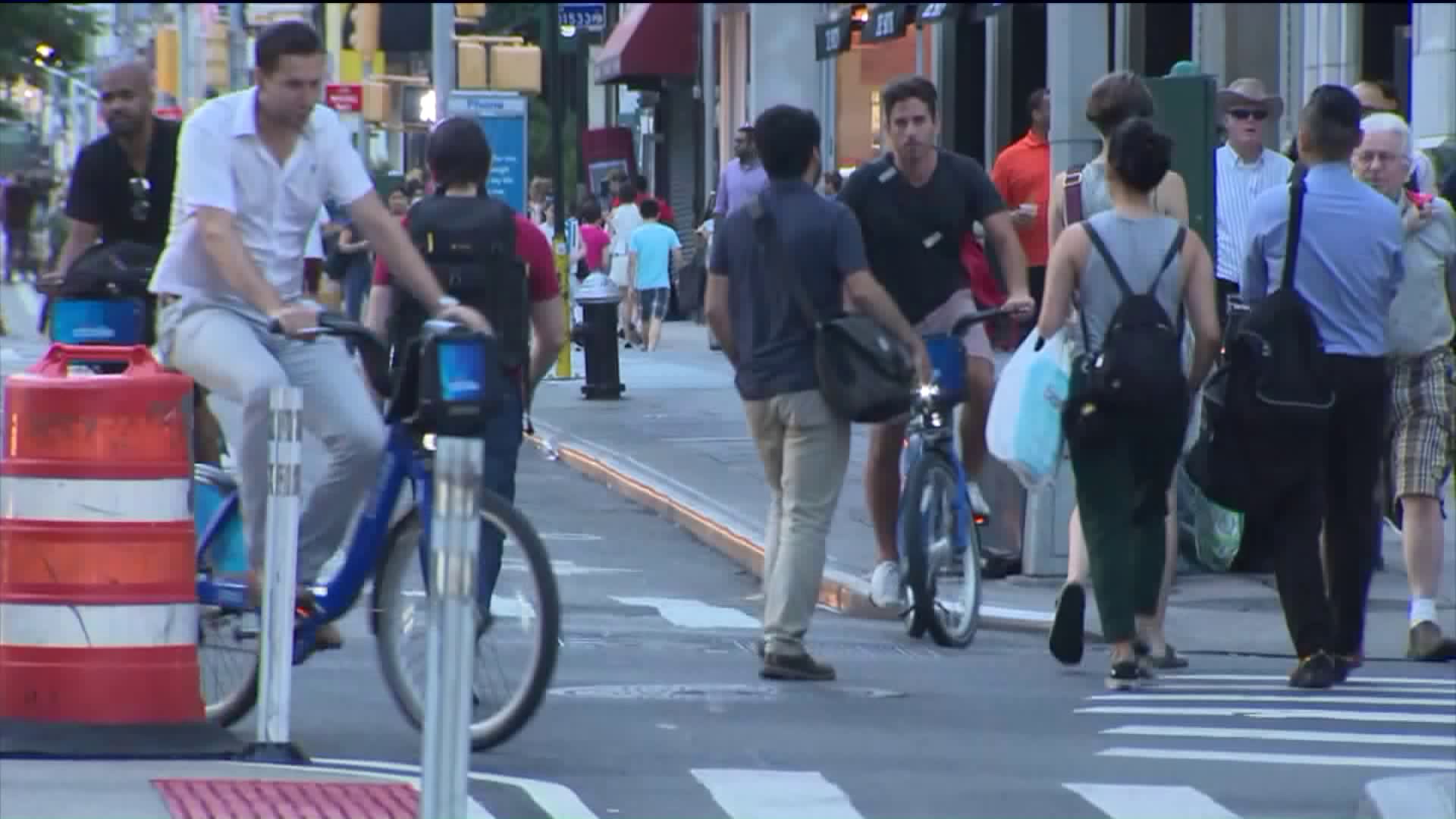 In the city, bike ridership is up 150 percent.

NEW YORK — State lawmakers have proposed two bills that would make it mandatory for all adult cyclists to wear helmets or face a $50 ticket.

The only helmet law on the books currently requires kids 14 and under to wear one.

Proponents say helmets will reduce the number of injuries and deaths. Opponents say otherwise, contending that it will discourage cycling and affect the safety-in-numbers theory -- essentially, as the number of cyclists increases, so does their presence, making it more likely for drivers, to respect them.

In the city, bike ridership is up some 150 percent, according to the Department of Transportation.

PIX11 News on Friday saw plenty of riders but was hard pressed to find many wearing helmets.

Opponents to the helmet law say the best way to protect the booming cyclist population is to increase protected bike lanes.

Two bill to mandate helmets on cyclists are in committee and there is no on-floor vote set as of Friday night.