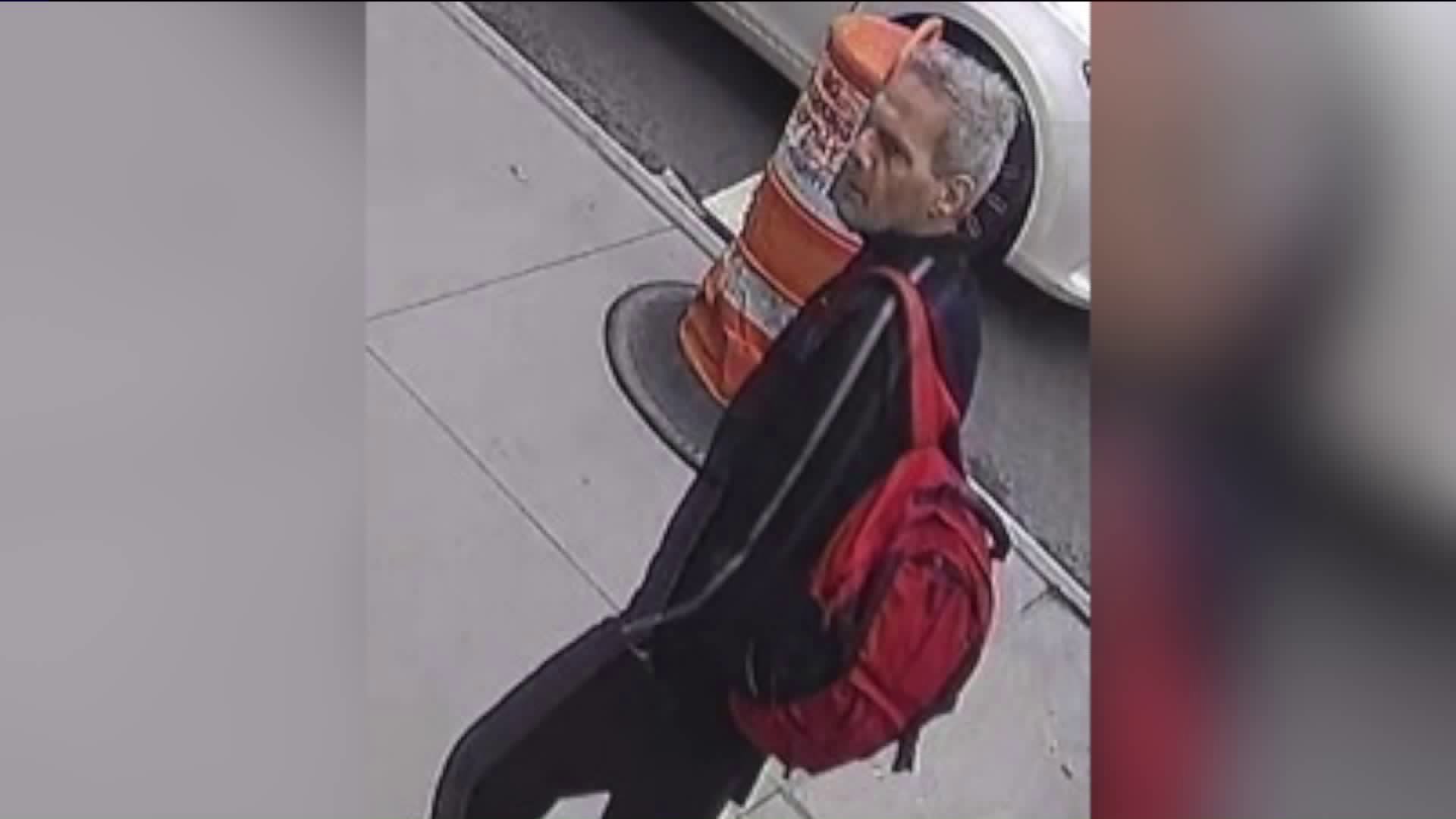 The man threatened two women with what he said was acid. He took $1,500 from them.

LENOX HILL, Manhattan — Police in New York City are searching for a man who they say threatened women with acid during robberies at automatic teller machines.

Police say this man threatened women with what he said was acid and stole from them. (NYPD)

Police say the first robbery occurred May 12 when a 22-year-old woman was approached by a man while using a Citibank ATM in Lenox Hill. Investigators say the man displayed a bottle of liquid and threatened to throw acid in her face if she didn't give him $1,000. Police say the victim gave the suspect cash and he fled the scene.

Investigators say the suspect approached a 36-year-old woman on May 29 at the same First Avenue Citibank ATM with a similar threat involving liquid he claimed was acid. The victim gave him $500 before the man fled.