Children of slain NJ detective march in his footsteps 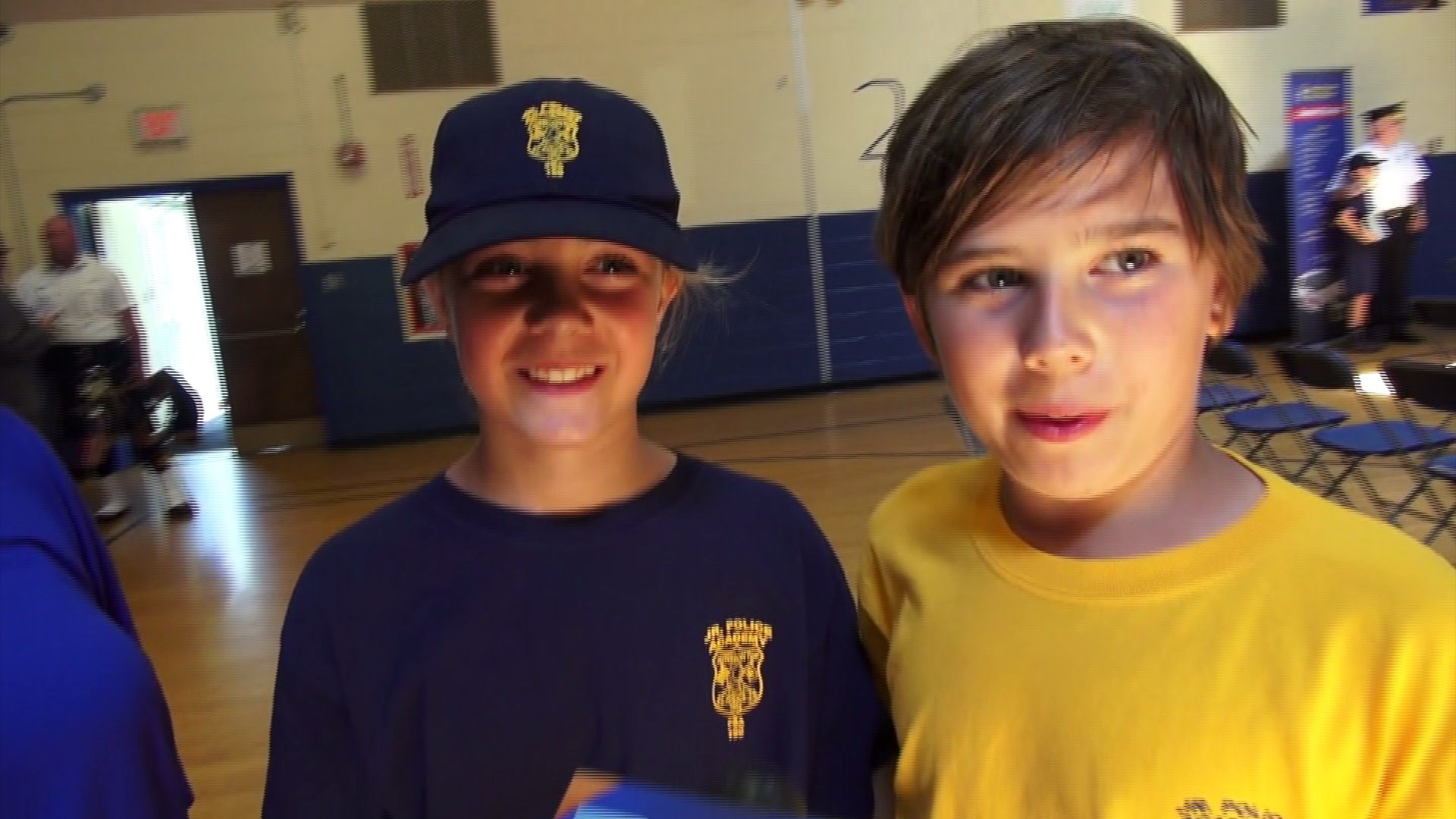 "Knowing that my dad did it, I wanted to have a taste of what it was like," 12-year-old Gwen DiNardo said.

JEFFERSON TOWNSHIP, N.J. — The kids of a Jersey City police detective killed in the line of duty are getting a taste of the academy.

Det. Marc DiNardo, 37, was fatally hit in a 2009 shootout in Jersey City. On Friday, his children and dozens of other cadets graduated from the Jefferson Township Junior Police Academy.

"Knowing that my dad did it, I wanted to have a taste of what it was like," 12-year-old Gwen DiNardo said.

Gwen and her younger brother Marc Jr., 11, spent the week learning about what it takes to become an officer.

"We did bomb squad, shot paint ball guns," said Marc Jr. "I felt like I was going to pass out halfway through the week."

Nevertheless, both are considering following in dad’s footsteps once they are older.

"I’m very nervous about that," Mary DiNardo said. "But my husband and I always believed we’d support them no matter what they do, so I’m going to continue that support without him here."

It’s been eight years since DiNardo was killed. A total of five officers were shot when they stormed an armed fugitive's apartment in Jersey City. DiNardo was shot in the face and died a few days later. He was a 10-year veteran of the Jersey City Police Department.

"We were in the same incident together, I survived, he didn't," said Frank Molina, DiNardo's former partner on the police force.

He was at the junior academy graduation and is aware both DiNardo's eldest children are aspiring officers.

"I dread the day but I’m proud that they want to do that," he said.