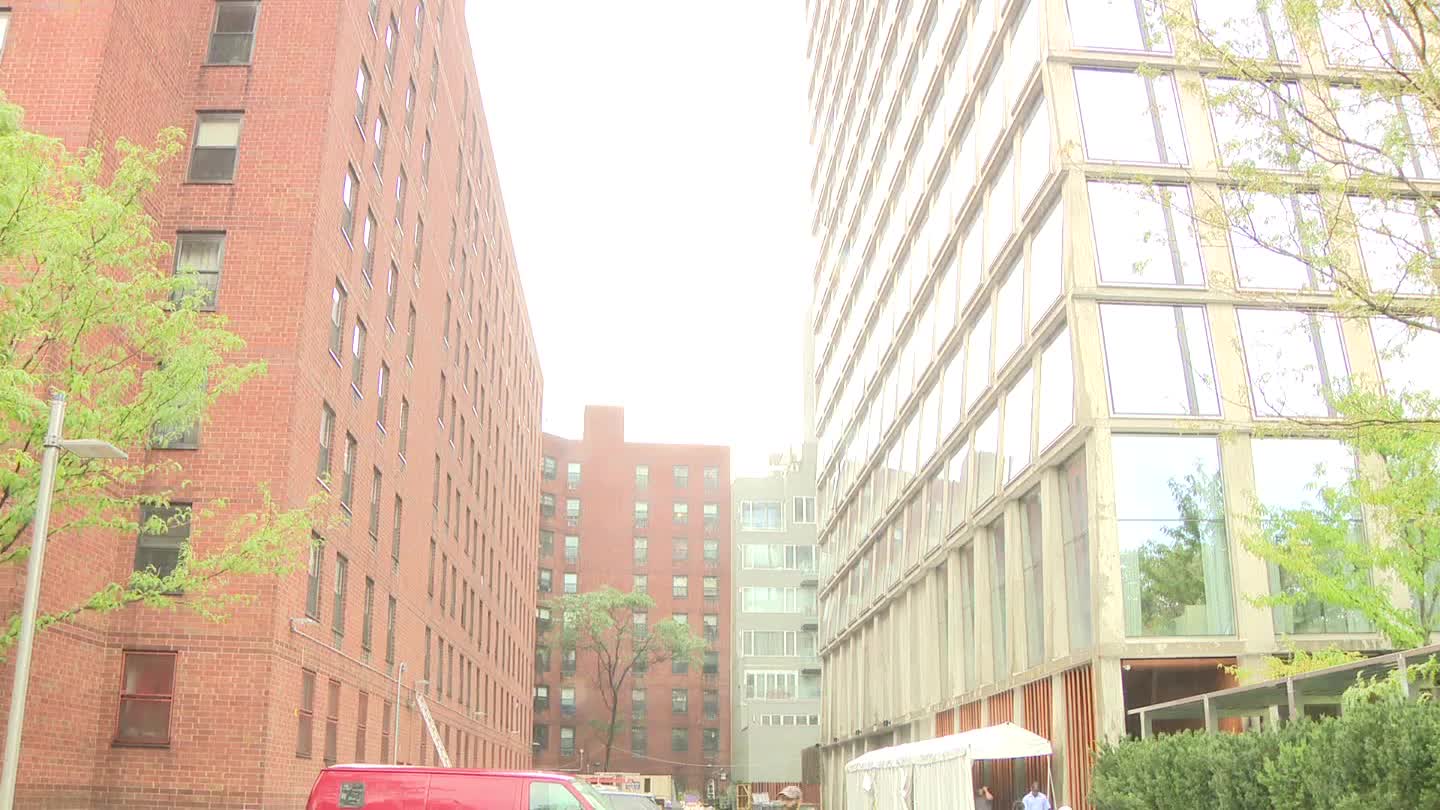 Local residents say they don't appreciate the views they have of guests at the hotel having sex.

LOWER EAST SIDE, Manhattan — Residents in an affordable housing building in the Lower East Side say a new hotel next door has been a bad neighbor - area residents are getting an unwanted peep show through the giant windows of the Public Hotel.

“Tenants are looking out of their window and they see people in the nude, having sex,” Deborah Gonzalez told PIX11 News.

"As a parent you don't want a kid to look out the window and see some of the activities taking place," Matte said.

The Public Hotel opened on Chrystie Street in June. Many of its windows face 10 Stanton Street, where Gonzalez is a part of the tenants association. She said there have been complaints about noise as well on the weekends

“We have elderly people back there who can't sleep, anxiety attacks, high blood pressure,” she said.

Families go to 10 Stanton to talk to each other, go to mass together and do activities, Matte said.

“I think it's being overshadowed by what's happening at night," Matte said.

When reached by PIX11 News, a representative from The Public Hotel declined to comment on the noise and nudity allegations.