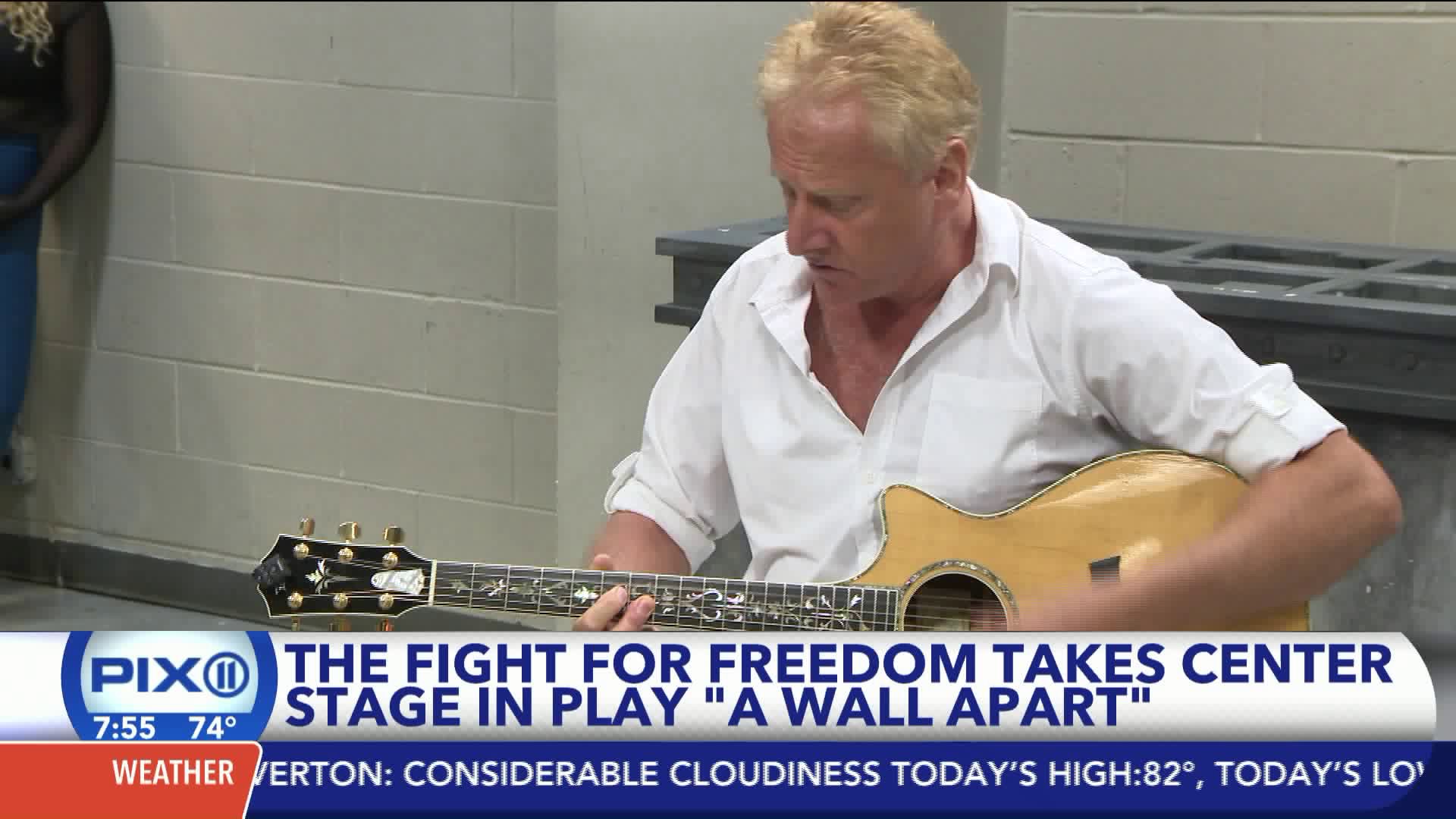 PIX11 talks to the rock and roller about being part of a brand new show.

MIDTOWN, Manhattan- A rock legend is playing a different tune these days  in a new musical A Wall Apart, part of New York Music Festival. "When I was in superstar, which was a long time ago, I always thought God it would be nice to write a score for a show like this so now I am finally doing it," Graham Russell said. Graham Russell, actually sang on stage in Jesus Christ Superstar. He was also a rock star in his own right, creating the 80s mega hit band,  Air Supply. They are still going strong.

The music he grew up with in England influenced the show’s sounds. "You know I grew up with The Who and The Stones , I saw the Beatles live when I was 14 years old which changed my life," he remembered. "It’s that time period so I was very attracted to that. It gave me a license to have some real grungy sounds."

A Wall Apart  is the story of three brothers set against the backdrop of the Berlin wall. as they strive to find their way together. Three generations of family ties, brotherhood, love and marriage are tested. "In the end there is kind of a twist," Russell smiled. "I'm not going to tell you what happened or no one will come to the show."

Russell traveled to Berlin before he even started working on the show. "There were only about six of us on this tour and the guy said about thirty feet below you right now is Hitler’s bunker," he described. "You go woah and you start to get goose bumps, it gives you great pause and you think this is real." He also says, the themes are relevant to what is happening in the world today. "In A Wall Apart there are some lyrics in the song about why did we let this happen and we should never let it happen again but its happening again and people don’t seem to be learning from their mistakes," Russell explained. "Now they are talking about another wall when a wall just divides people you know."

A Wall Apart is currently playing a limited run through Sunday, July 30th.