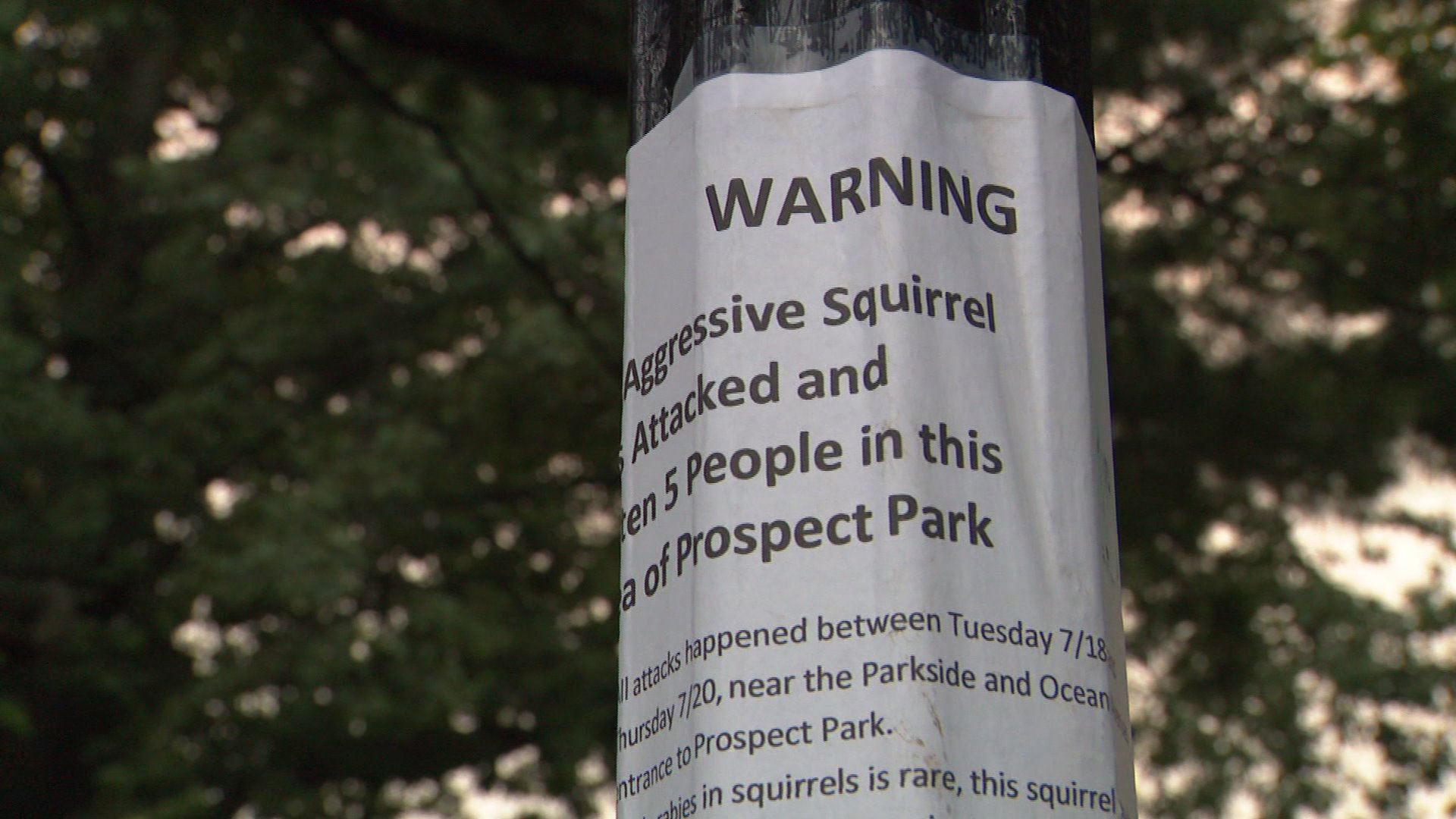 PROSPECT PARK — An "unusually aggressive" squirrel has gone on a biting rampage in Prospect Park and has visitors talking.

The request comes after five people were attacked and bitten by the unusually aggressive squirrel near the Parkside and Ocean Avenue entrance to the park.

The incidents occurred between Tuesday, July 18 and Thursday, July 20. All the attacks occurred in the same area of the park.

Squirrels are rarely infected with rabies; however, based on the unusual aggressive behavior, the Health Department is acting under the assumption that the animal is rabid.

New Yorkers should continue to use the park, but are warned against feeding or approaching any wildlife. Any person or pet bitten by wildlife should contact their health care provider or veterinarian to determine if medical care is needed.

The Parks Department and the Prospect Park Alliance are searching for the animal. If the squirrel was infected with rabies it is likely already dead.

The Health Department has not identified any other rabid animals in Prospect Park or Brooklyn in 2017. Since rabies surveillance began in 1992, New York State has never identified a squirrel with rabies. Additionally, there have been no known cases of squirrel-to-human rabies transmission in the United States.

"Aggression in squirrels is extremely rare, but park-goers' behavior toward all wildlife should remain the same: Do not approach the animals with whom we share our city, but rather appreciate them from a distance. Keeping your distance protects both you and the animals themselves," said Parks Commissioner Mitchell J. Silver, FAICP.

New Yorkers should always keep themselves and pets safe distance away from wildlife, and do not feed wildlife. If you see an injured or orphaned animal, call 311.