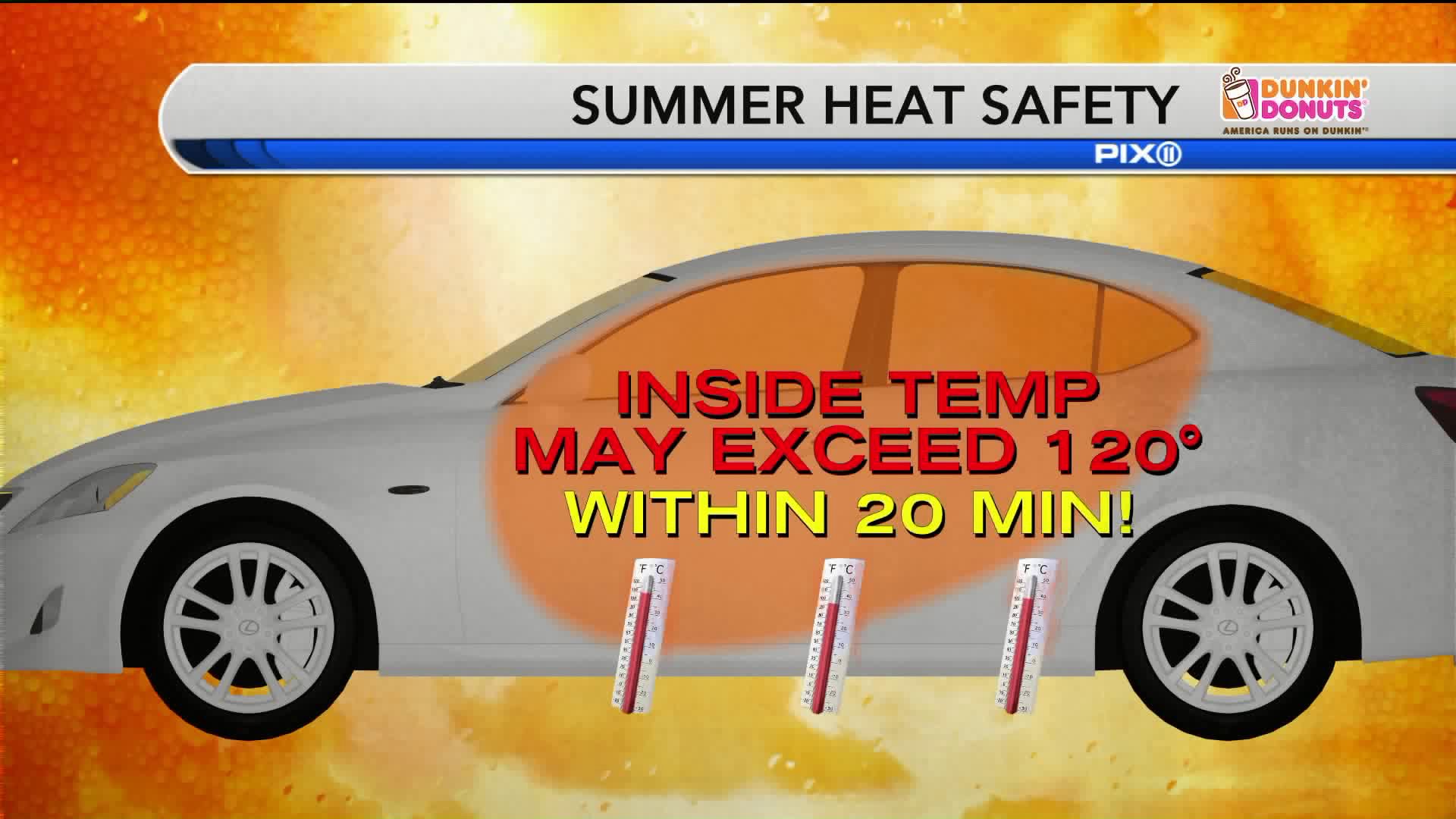 Friday is forecast to be the third day in a row of 90+ degree highs in the tri-state area, marking an official heat wave.

NEW YORK — A third day of 90+ degree highs is forecast to scorch the tri-state area Friday, marking the third official heat wave of the year.

People walk on a summer day to the beach at Coney Island on July 20, 2017 in Brooklyn. (Spencer Platt/Getty Images)

NYC is expected to hit 92 degrees Friday, but feel much hotter due to the high level of humidity.

The brutal combination has prompted another heat advisory to be issued across the five boroughs; Nassau, Suffolk and southern Westchester counties; and in New Jersey, portions of Passaic, Hudson, Bergen, Essex, Union and Rockland counties until 6 p.m., according to the National Weather Service.

Feels-like temperatures will soar into triple digits for several areas, including up to 103 in Cresskill, New Jersey and 100 in Inwood, New York.

Although the chance of showers remains low, there is a possibility of isolated thunderstorms.

A heat advisory is in effect until 6 PM tonight. Heat index values will be in the mid 90s this afternoon into early this evening. pic.twitter.com/X21MGyvhiW

A heat advisory is issued when the combination of heat and humidity is expected to make it feel like it is 95 to 99 degrees for two or more consecutive days, or 100 to 104 degrees for any length of time, the weather service states.

During extreme heat, people are advised to limit outdoor activities and extended exposure; check on at-risk or vulnerable neighbors, family and friends; stay hydrated; provide pets with plenty water and not leave them outside; and not leave children or animals inside vehicles.

Parents are reminded vehicles can heat up quickly — with the inside of a car left in 90 degree heat surging past 120 degrees in 20 minutes.

Friday marks an official heat wave; or three days in a row of temperatures above 90 degrees, according to the weather service; but it is also the end of the streak.

Highs will stay in the upper 80s Saturday and Sunday, and humidity lingers as chances of a storm loom Sunday.

Temperatures should continue to dip next week.