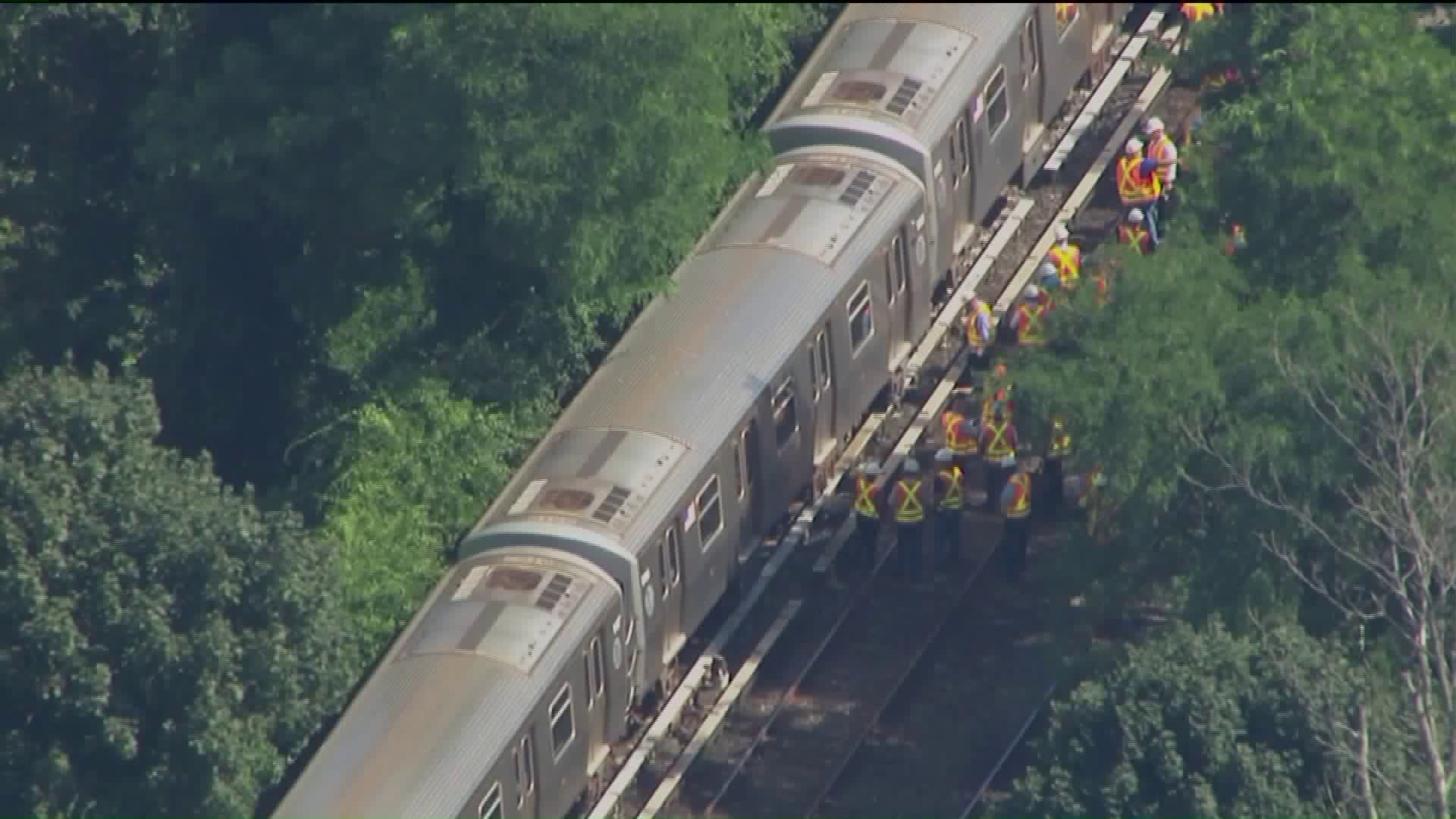 A cause is not yet known.

SHEEPSHEAD BAY, Brooklyn — The Q train was on its way to Coney Island from the Sheepshead Bay station Friday morning when the MTA says the second set of wheels on the second car came off the track.

MTA Acting Interim Director Ronnie Hakim said there did not appear to be any obvious or visual indication of what caused it. The track is curved heading out of the station.

No update was provided as of Friday night and riders are frustrated by the delays. The week started with a track fire that halted service during the Monday morning commute.

MTA Chairman Joe Lhota is finalizing a plan to restructure the agency. He may have an announcement in the next week. The MTA Board and its committees also meet the week of July 24.

On May 15, after signal issues and other problems the previous week, MTA Acting Interim Direction Ronnie Hakim announced a 6-point plan to address major causes of subway delays. Staff said it had been in the works for a few months.

The agency says it immediately created a test corridor along the 8th Avenue Line and in the South Bronx.