‘I appreciate everything’: Teen trying to make bail at Rikers to accept full-ride to college speaks out 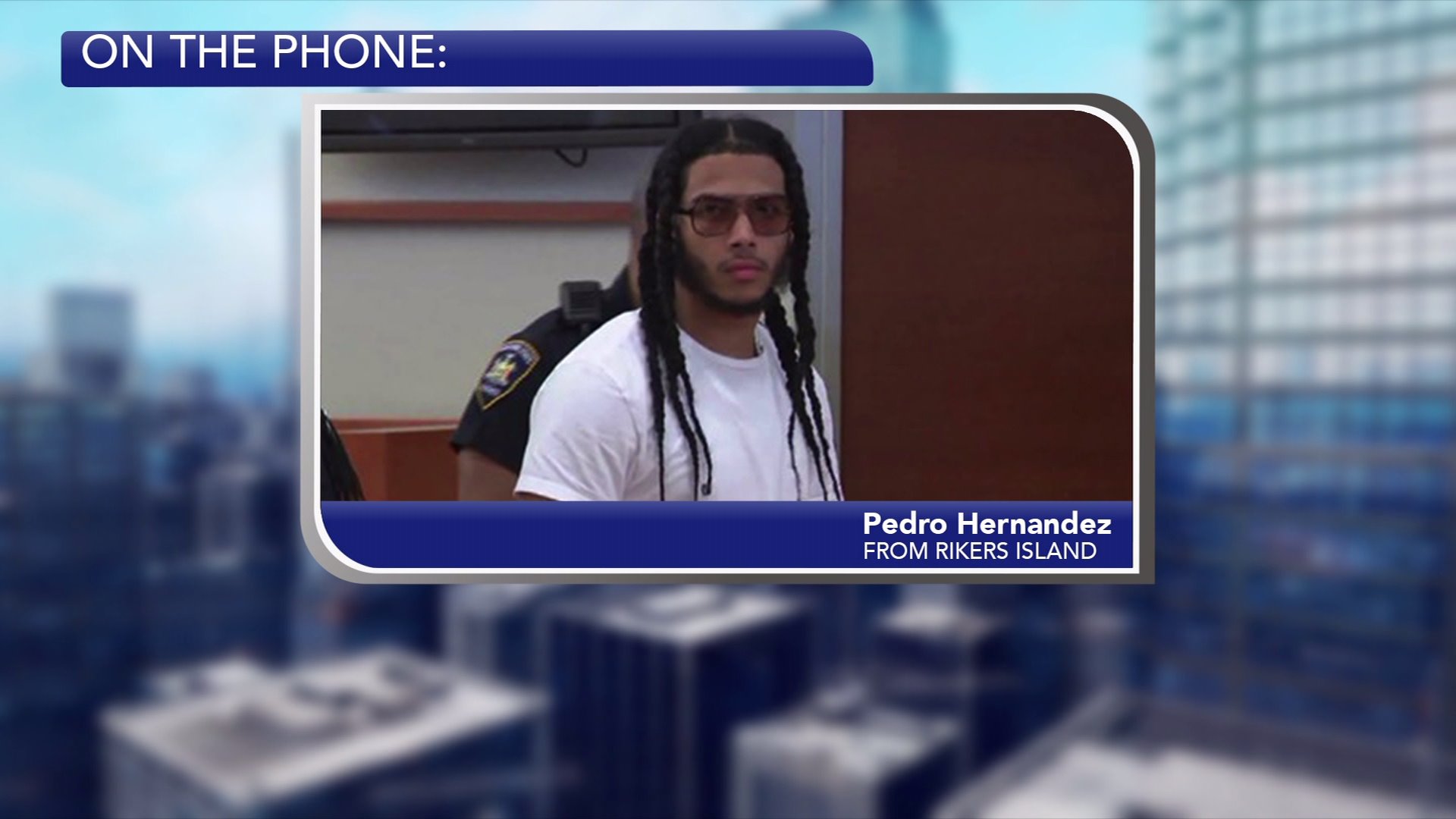 He has not been heard from in public since his before his last court appearance, until now.

After PIX11 first told you about his case, it has now become a national cause.

Shooting suspect Pedro Hernandez, 18, has been locked up on Rikers Island for a year, but has always insisted that he is innocent of accusations that he shot and injured another teen. Hernandez even turned down a generous plea deal from prosecutors in order to prove his innocence in a court of law.

He has not been heard in public since his before his last court appearance, until now.

"I'm a strong person," Hernandez told PIX11 News by phone from an adolescent holding facility on Rikers Island Friday afternoon. "I have got a strong mind, and I don't let nobody else decide on a decision of what's right for me," he said.

In his last court appearance, on Wednesday of last week, a judge denied Hernandez the ability to put up a 10 percent bond on his quarter million dollars' bail, all based on evidence against him amassed by a Bronx detective.

That detective, David Terrell, has been captured on video shooting craps over the fate of another arrestee in Terrell's custody last year, and is currently suspended from street duty and has had his gun and badge suspended amid internal affairs investigations.

New York Daily News and national social media writer Shaun King took up Hernandez's case as a cause after seeing our reporting. King led a campaign on Thursday to get the public to contribute to a crowdsourcing account to meet the teen inmate's bail.

By Friday evening, thousands of people nationwide had donated $65,000 and counting on a YouCaring account set up for Hernandez by his family.

"I appreciate everything," Hernandez told PIX11 News. "My mom always told me to believe and have faith, but I never believed that something like this would happen. I was just in shock."

During his 12 months in jail, Hernandez has finished high school, with honors, and earned a full college scholarship from the Posse Foundation.

"I feel like I have a lot of people supporting me, watching my story," he said. "A lot of kids are seeing what's right and what's wrong and knowing what to do."

He could have left Rikers months ago, if he'd taken a plea deal offered by the Bronx District Attorney's Office. If he would have pled guilty and served out a five-year parole, not only would his record be wiped clean, he would have been able to leave jail before the September 1st deadline to accept and apply his scholarship toward college.

Instead, he waits behind bars for his trial, which is currently scheduled to begin September 6th. That date is subject to be moved even later. Hernandez said that it would be worth the wait and the loss of his scholarship in order for him to be able to prove his innocence, and to not have to accept a plea.

If his $250,000 bail gets met through crowdsourcing before August ends (his family cannot afford the bail on their own), he'll be able to get out of jail and accept his scholarship, conceivably. He will still have to stand trial, however. That may keep him out of class, possibly for weeks.

One major figure in Hernandez's life doubts that it will take anywhere near that long.

"Right now, I could prove that Pedro is innocent beyond a shadow of a doubt," said private detective Manuel Gomez in an interview, "if the D.A. would just listen to my evidence."

Gomez has advocated for Hernandez for two years. The Bronx-based private eye was able to prove, through surveillance video, that Hernandez had been physically abused by a counselor at a juvenile detention center three years ago.

The counselor was fired and tried on a variety of felony charges. Hernandez had been sent to the facility based on a case filed by Detective Terrell. That case was ultimately dismissed by a judge.

Gomez said that Terrell and his partner, Detective Daniel Brady, have together pressured young people in many cases to falsely testify against people the two detectives have arrested. In one of their cases, in which Bronx resident Salim Wilson, 25, was arrested for murder, not only were witnesses allegedly coerced, but other evidence compiled by Gomez convinced a judge to drop the case against Wilson completely.

That didn't happen, however, before Wilson had spent three years in jail awaiting trial for a murder he did not commit. His was one of a variety of cases handled by Terrell and Brady that was ultimately dropped, and for which the NYPD has had to compensate citizens for false arrest.

In Pedro Hernandez's case, his family alleges that Detective Terrell had for years made unwanted sexual advances toward Hernandez's mother and tried to pressure her into dating him by harassing and arresting her son.

That son, Pedro, is now an honors graduate and peer mentor to other high school students while behind bars in a Rikers adolescent holding facility, as well as being a college-bound, full scholarship recipient and the focus of an international fundraising and legal campaign for his release.

"Everything I taught him when he was a kid [he's done right]," his mother, Jessica Perez, told PIX11 News by phone on Friday. "I'm so proud, words can't explain."