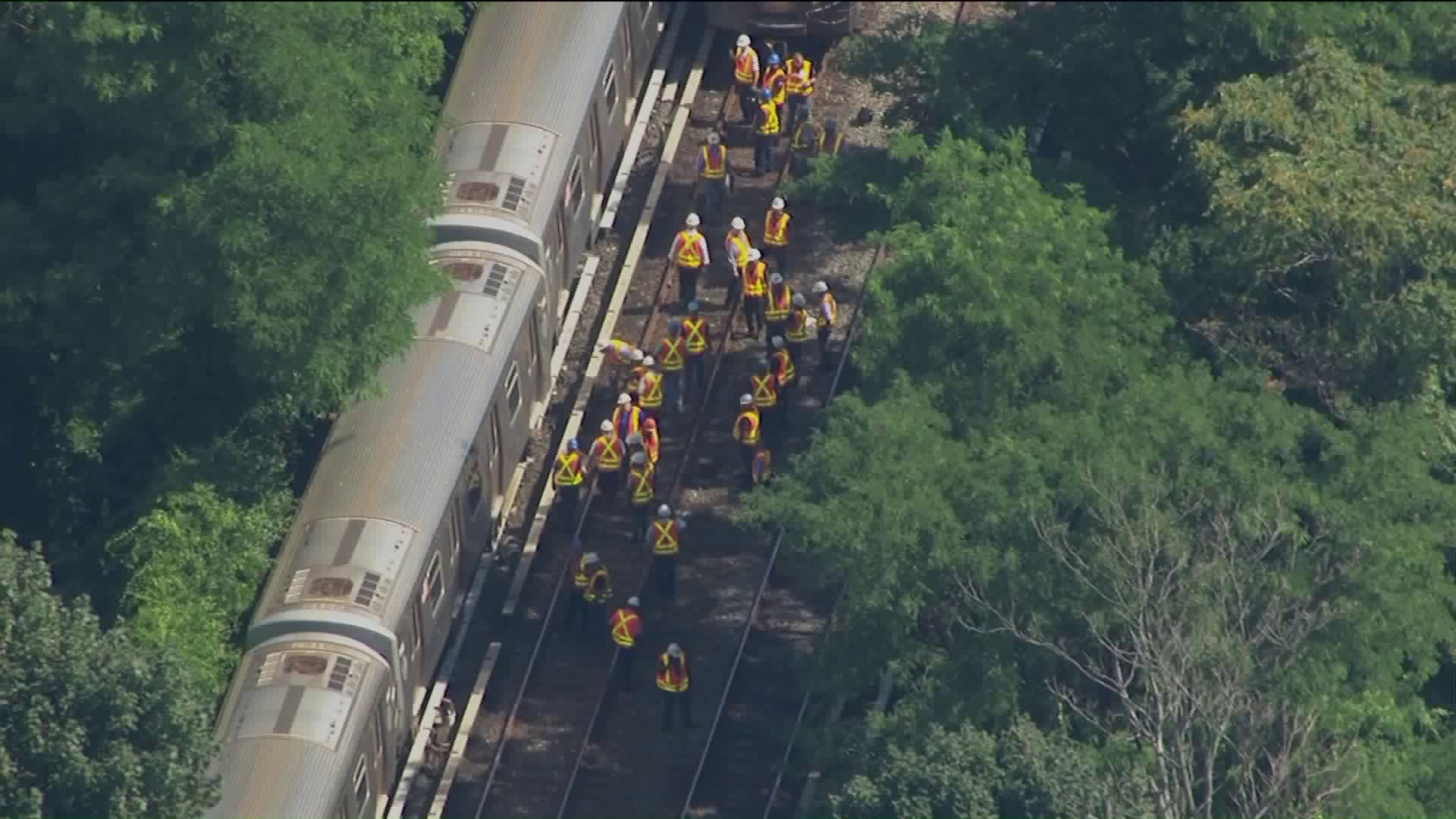 A derailment in Brooklyn is prompting several subway lines to be suspended or changed, the MTA said Friday.

BROOKLYN — A morning rush-hour derailment in Brooklyn is still impacting subway service as the evening rush gets underway, officials said.

The second set of wheels on the second car of a Q train came off the rails at about 8:55 a.m. in Brighton Beach, MTA spokesman Kevin Ortiz said. No one was injured in the incident.

Still, service on the B and Q lines will continue to be subject to changes in wake of the derailment, according to Ortiz:

Friday's derailment is the latest in a series of ongoing transit issues commuters have become all too familiar with.

It's been nearly two weeks since the "summer of hell" project — dubbed such by Gov. Andrew Cuomo — began at Penn Station. The months of repair work was projected to cause a nightmare commute for many, but so far has proven to be a routine inconvenience.

Issues elsewhere have continued, however.

A trash fire on a track in Harlem Monday caused extensive delays across several lines, and pictures tweeted by one commuter were shared hundreds of times and be picked up by numerous news outlets.