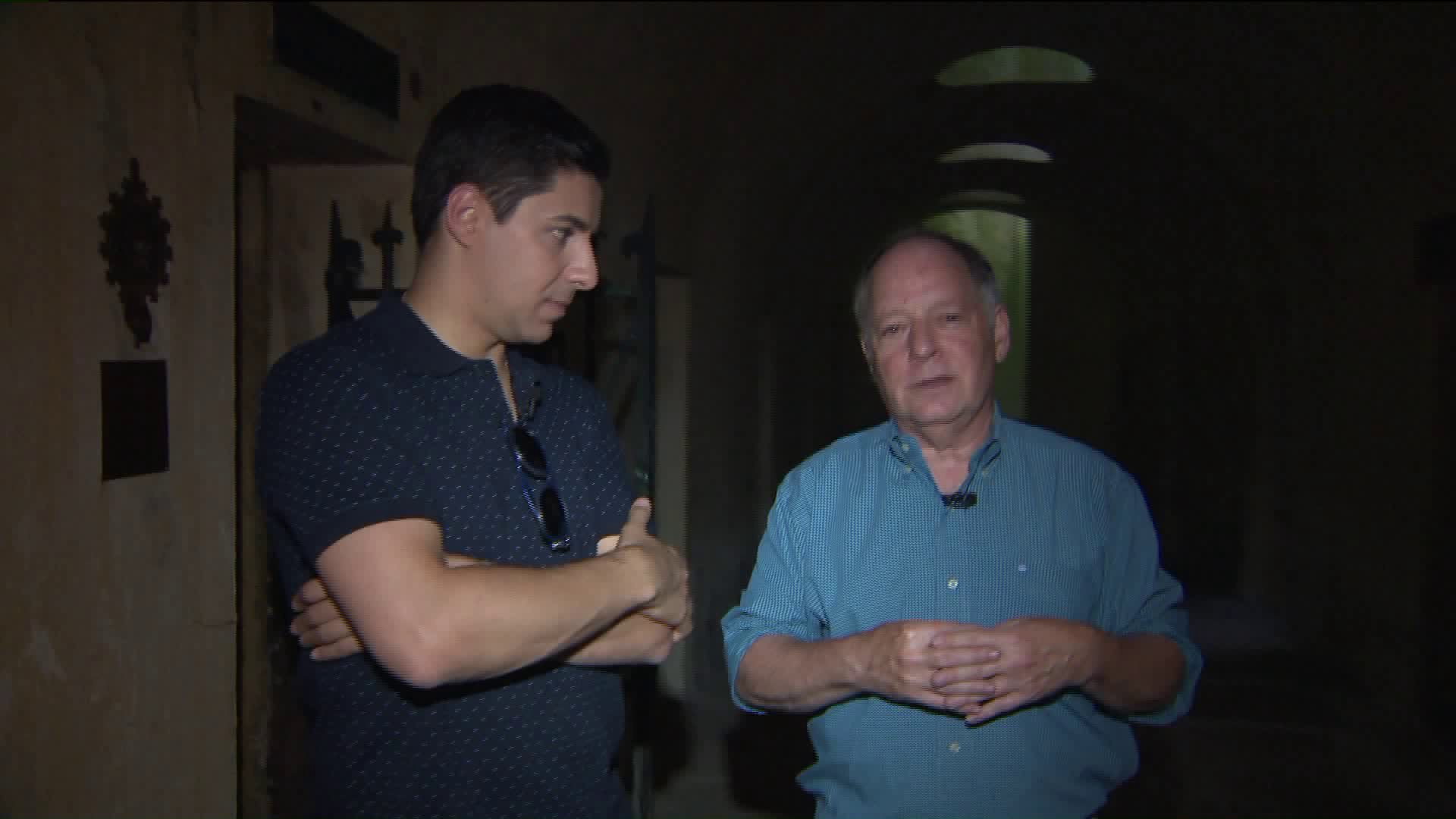 We know space is hard to come by in the five boroughs, but in Brooklyn - there is a spot that is nearly 500 acres and is homes to over half a million people - none of which are alive. Greenwood Cemetery was built in 1838 and today is full of secrets and hidden history.

Space can be hard to come by in the five boroughs but in Brooklyn, there is a spot that is nearly 500 acres and is home to over half a million people -- none of whom are alive.

Green-Wood Cemetery was built in 1838 and now is full of secrets and hidden history.

As soon as you pull up to the cemetery, you hear the sounds of birds but these are not just any birds -- we're talking exotic Argentinian monk parakeets that have set up shop inside the arches of the cemetery entrance.

"They were on a shipment that was then Idawild airport and is now Kennedy airport in the early 1980s," historian Jeff Richman said.

"Apparently the crate broke open and they made a run for it and they have been here ever since."

It has attracted bird watchers from all over the world who come to take pictures of the birds who live in the cemetery year round.

"If you look at a climate map, we are in the same Zone 7 as Argentina and so they feel very comfortable here," Richman said.

There are also a number of famous "residents," including Leonard Bernstein, toy tycoon FAO Schwartz and baseball legend Charles Ebbets.

But deep inside the massive cemetery sits a simple gate that very few have been behind. It is actually an entrance to what is believed to be the first-ever above-ground burial in New York City. Looking back at the history books, it was meant to be an answer for people who were afraid of being buried alive.

"There were all sorts of patent devices with ladders," Richman said. "You could hit a button and a ladder would come shoot out of your casket and then you were supposed to climb the latter to escape."

Inside sits 30 vaults where about 175 people reside, with room for more. The only natural light comes from the skylights above so at night it is completely dark.

"This is certainly hidden since it is not publicly accessible," Richman said.