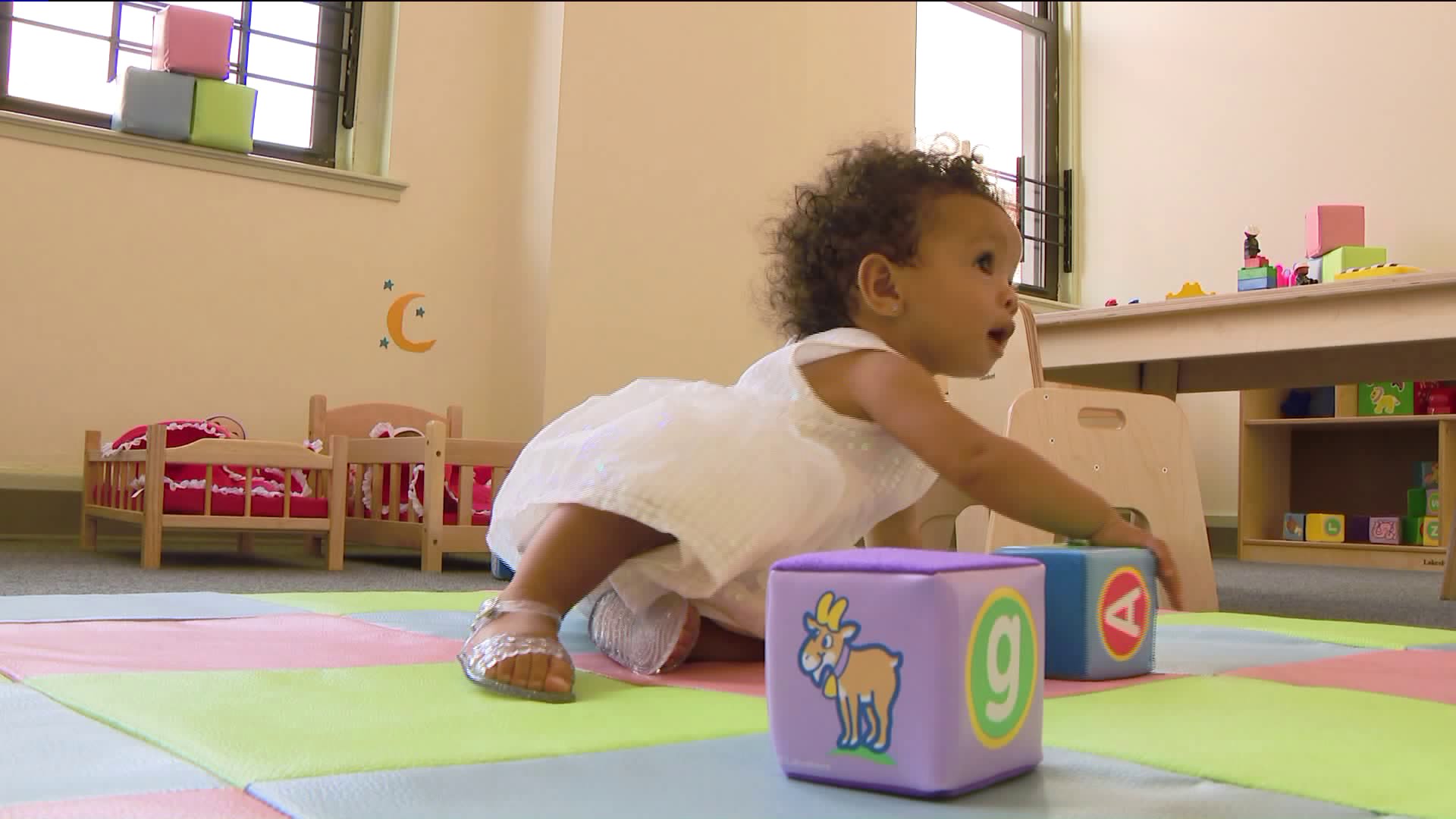 The Administration for Children`s Services is opening centers to help out at-risk families with children between 0-3 years old.

The Administration for Children`s Services  is working to open Group Attachment Based Intervention (GABI) centers in every borough, ACS Commissioner David Hansell said. He announced the program with First Lady of New York City Chirlane McCray in Jamaica this afternoon.

GABI is a program of therapeutic intervention developed by Dr. Anne Murphy, Director of the Rose F. Kennedy Early Childhood Center at Montefiore Medical Center in the Bronx.  The program has only been at Montefiore for the last decade. Now, ACS will open GABI sites throughout the city.

“I met so many families who would say in our intake appointment ‘I just want to be a different kind of parent than the kind of parent I had growing up and I kept hearing this over and over and I thought what if we put all of these parents together who have this goal of creating a different kind of childhood for their children what if we bring them altogether, have part of the intervention be part of a two-hour session, have parent and child work together along with other parents who have had this same goal,” said Murphy.

“What we found in our early results is what really has improved in the GABI group is  maternal sensitivity has increased significantly as had the quality of the parent child relationship,” adds Murphy.

GABI provides support for at-risk families with children between 0-3 years old. Through GABI, parents gain support from clinicians and peers to help meet the emotional challenges presented by parenting young children. Many families who participate in GABI struggle with trauma that can negatively impact parent-child attachment.  The parents are often survivors of upbringings involving tough issues like mental illness and domestic violence - GABI seeks to end the vicious cycle.

“GABI is what we call a two generation intervention. What we mean by that, is GABI both addresses parenting skills for parents, but also cognitive and emotional development for children at the same time,” said Commissioner Hansell.

McCray, who has made mental health accessibility a focus during her time as First Lady, feels GABI is the perfect addition to her THRIVENYC initiative.

“So many of us who have become  parents have had traumatic experiences ourselves and may not be emotionally knowledgeable or equipped to understand the things to raise a healthy child and GABI is here for parents who may have mental illness in their family or have suffered from neglect or abuse or any kind of trauma,” said McCray.

ACS already offers a range of services for stressed-out parents. Over 20,000 families currently receive preventive services each year and these families will immediately be eligible for referral to the new Queens GABI center.

Two Bronx mothers who have been through GABI told PIX11 it’s helped their families. We are not providing their last names to protect their privacy.

“Coming to the program was just what I needed, I didn’t know what to do, I really felt overwhelmed,” said Tamika.

Tamika is a mom of four. Her youngest, Briya, is just 11 months old. Tamika suffered a breakdown when her fiancé died just weeks before their wedding. She sought help from GABI then and throughout the years. It’s made her a better parent.

“I felt down and depressed so the program helped me just to express myself and be around other parents dealing with what I’m dealing with. It felt good to also be the support for other parents.They leaned on me and I leaned on them as well I learned from them as well as they learned from me. It’s helpful, it’s refreshing, it gives you hope and something to look forward to,” said Tamika.

Ricki, 22, has a strong bond with her 3-year-old son Richie, but that wasn’t always the case.

“I had bad anxiety and my experience of what I been through when I was young it still kicked in because I really tried as hard as possible  to make sure my son don’t see half the things I went through,” said Ricki.

Ricki had a traumatic upbringing. She witnessed a relative die at the hands of violence.

The First Lady, a mother of two herself, wants city parents to know they’re not alone and help is available.

“Being a parent is the most challenging job anyone can have and help Is there, help is available. I want  parents to know about 1-888-NYC-WELL for anyone in mental distress,” said McCray.

“GABI is here for parents to figure out how to work through those complicated emotions that may prevent them from attaching to their child, from bonding to their child the way they want to. I always say it's easier to grow a healthy child than it is in mend a broken adult,” McCray added.

The Queens GABI site is located at 161-10 Jamaica Ave. in Jamaica. By Fall 2017, ACS will open a total of seven GABI locations citywide – two in the Bronx, two in Brooklyn, one in Queens, Staten Island and Manhattan. GABI will serve approximately 680 high-need and child welfare-involved families per year.