Man and 16-year-old killed, 7 others injured in crash on Grand Central Parkway 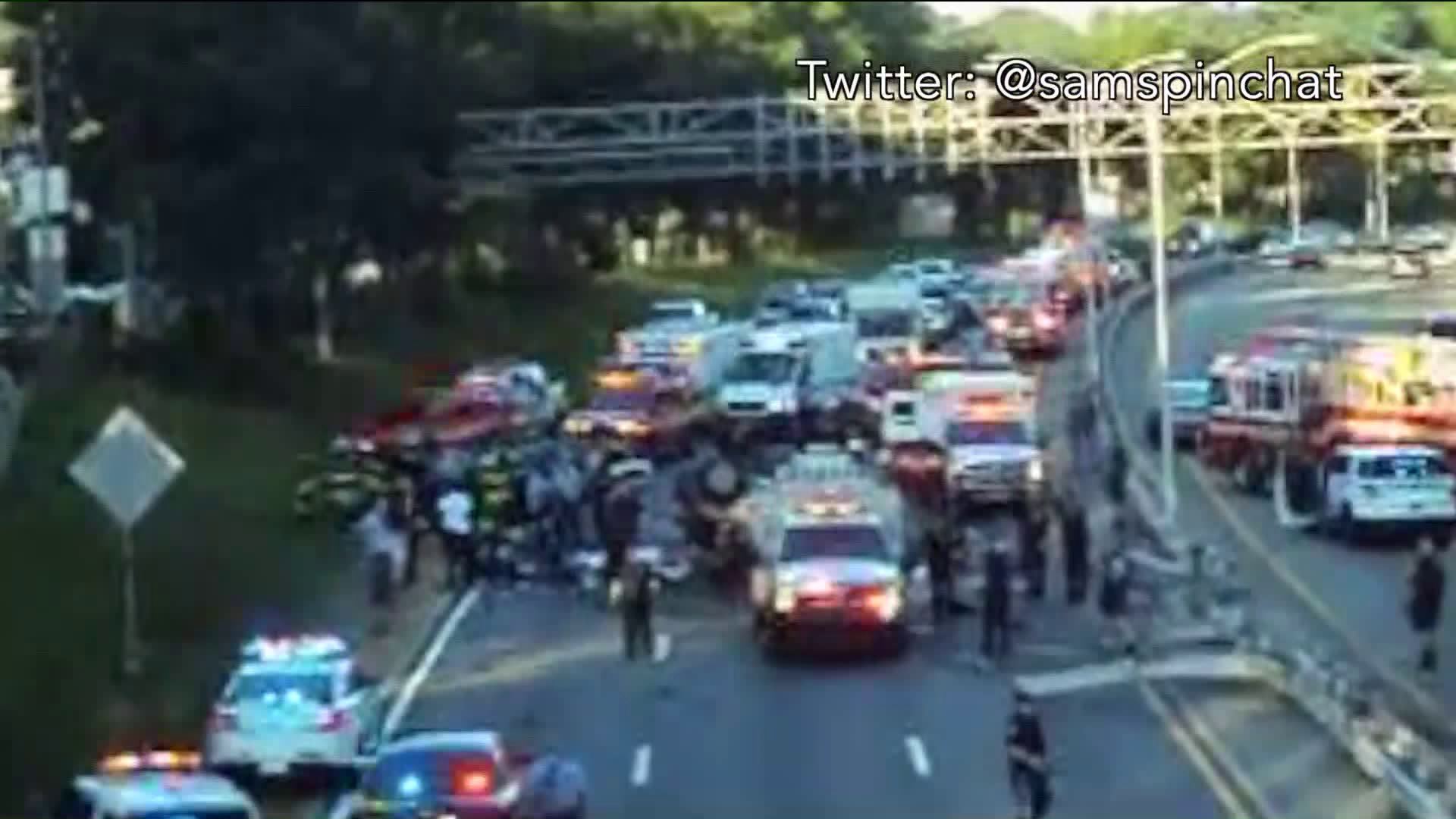 Four cars crashed on the eastbound side of the Grand Central Parkway. One person was killed and eight others suffered non life-threatening injuries.

JAMAICA, Queens — A teenager and man are dead and seven others injured in a Queens highway crash allegedly caused by an intoxicated driver, according to police.

Police say a BMW SUV was traveling west on the Grand Central Parkway early Sunday when it sideswiped a car and lost control. Police say it crossed three lanes and hit another SUV, causing both vehicles to hit a guardrail, cross into the eastbound lanes of the highway and roll over.

The BMW then hit another SUV on the eastbound side. That vehicle struck two trees before rolling onto the driver's side.

The driver of the BMW, Andrew Shakespeare, 33, was taken to a hospital with a head injury.

The victims have been identified by police as Layon Campbell, 34, of Brooklyn, and Akeam Grant, 16, also of Brooklyn. Both were inside the BMW when it crashed, causing Grant to be ejected and die at the scene. Two other people in the vehicle were injured.

Five people in the other vehicles involved also were hurt.

Among the injuries is at least two people with broken bones, police said.