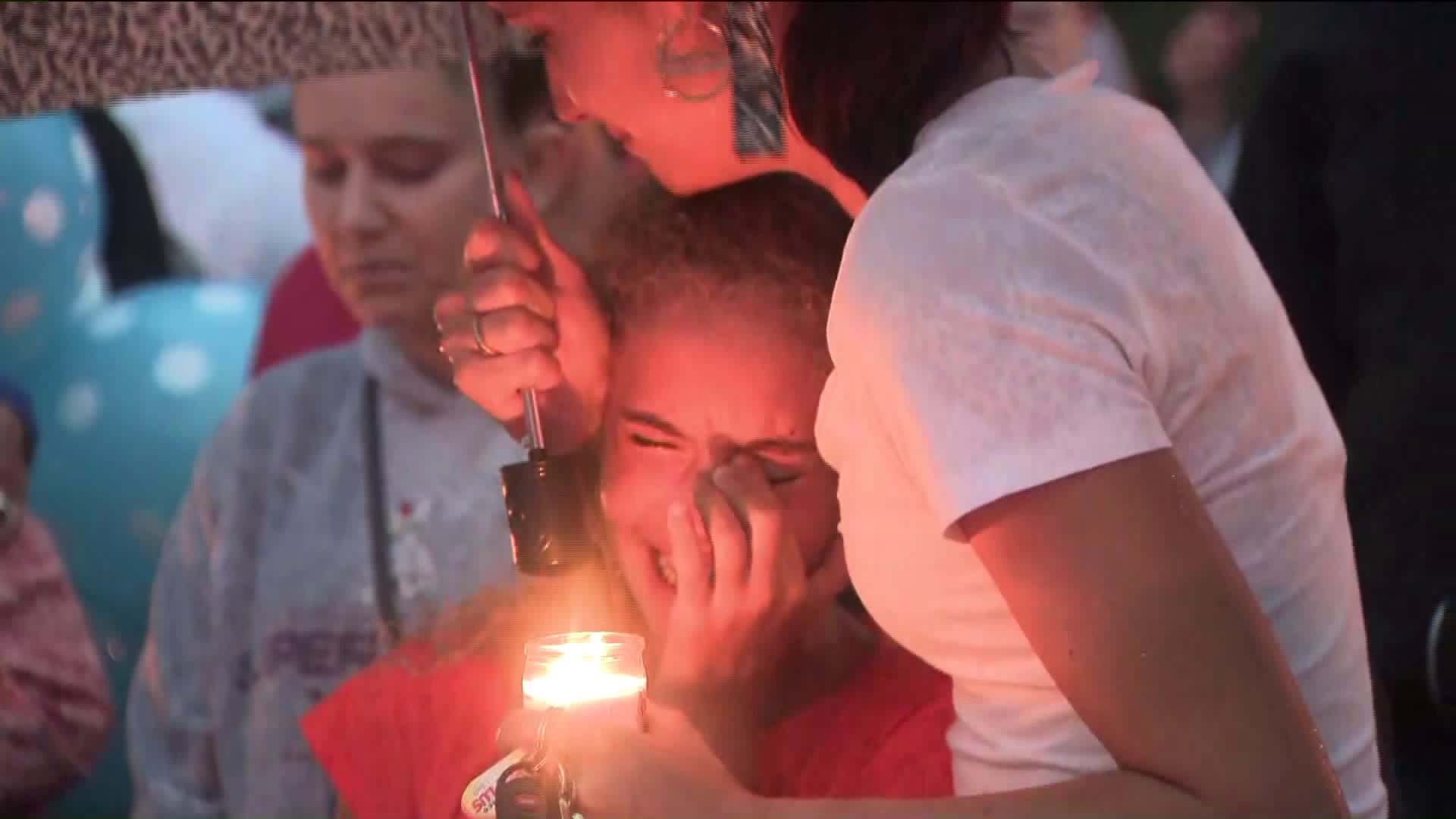 Andreas Erazo has been arrested in the killing of Abbiegail Smith.

KEANSBURG, N.J. –– A candlelight vigil at the growing memorial in memory of 11-year-old Abbiegail Smith, a fifth grader who was allegedly killed by her upstairs neighbor in the apartment complex where they both lived.

A community coming together in grief to mourn the violent death of a person described as a "lovely, lively little girl."

"It's a tremendous loss for us as a community," Joe LaRocca, the principal of the school Abbiegail attended told PIX11. "But Keansburg will get through this."

The pain of a mother hearing the gruesome details of her young daughter's murder in what the Monmouth county Prosecutor has called one of the worst crimes he has ever seen.

Abbiegail Smith had been stabbed to death.

Her remains found yesterday morning on the roof of the Hancock arms complex where both she and her alleged killer, 18-year-old Andreas Erazo lived.

"Particularly, when it's a young child, it is so difficult," Monmouth County Prosecutor Christopher Graniccioni, told reporters outside the courthouse.

"Proud that we were able to find her and make an arrest within 24 hours," he added.

The 18-year-old Erazo handcuffed and in a green jail house jumpsuit sat without expression as he faced 1st degree murder charges and two counts of unlawful possession of a weapon.

"I just want to cry," Hugh Shields, a Keansburg resident said. "I used to see her playing in front of her apartment such a senseless act."

Family members lashed out in court and on Facebook. The little girl's father Kenroy writing "you took our daughter away from us but I hope you rot in hell you f------ pervert."

If convicted, Erazo faces a minimum of 30 years in prison a maximum of life.

He'll be back in court on Wednesday.