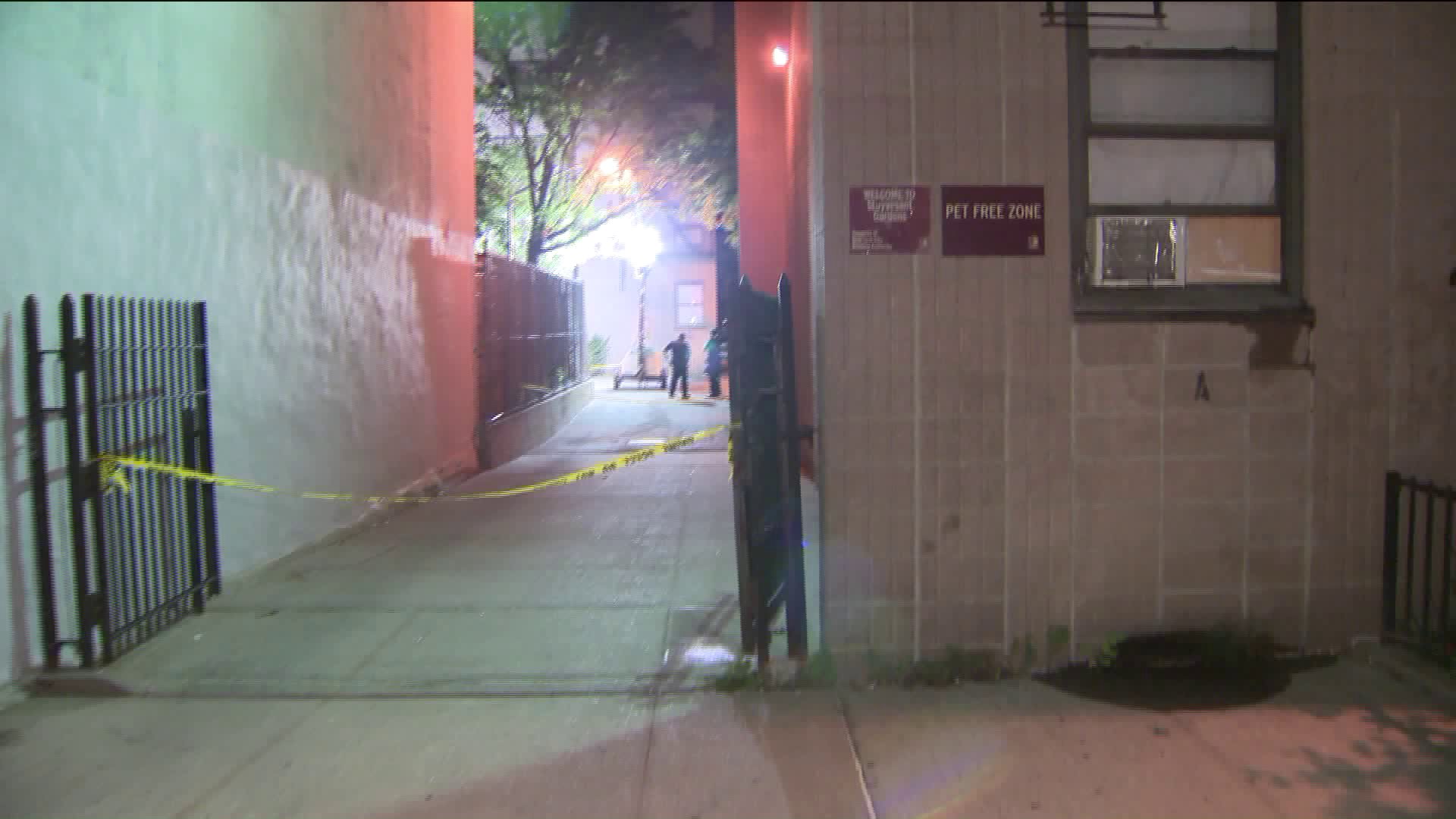 Two women were caught in the crossfire and killed Wednesday evening after a shootout in Bedford-Stuyvesant.

BEDFORD-STUYVESANT, Brooklyn — Two women were caught in the crossfire and killed Wednesday evening after a shootout in Bedford-Stuyvesant.

The shootout happened about 9:30 p.m. at a party at 740 Gates Ave., at the low-rise Stuyvesant Gardens public-housing complex. The victims were found unconscious and unresponsive when police officers arrived.

Police say the women were shot as one of two men fired into a crowd.

A witness said both adults and children were there at the party.

If anyone has information on this double murder, they are urged to call the NYPD's Crime Stopper Hotline at 1-800-577-TIPS​. All calls are confidential.