Marine plane that crashed in Mississippi was based in N.Y. 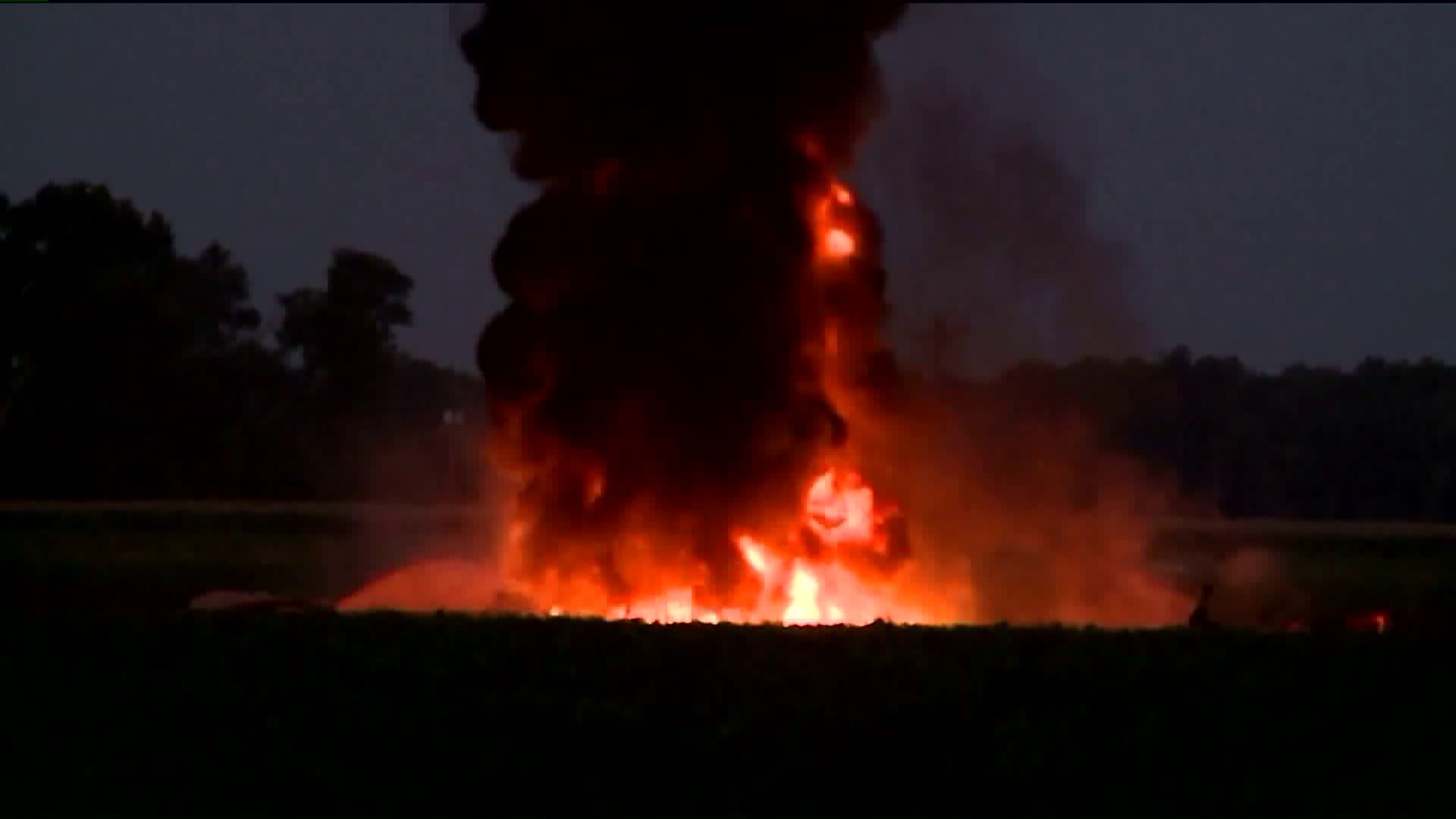 A Marine Corps plane crashed and burned in a field, killing all 16 military members aboard. The plane was based at a New York National Guard base.

ITTA BENA, Miss. — A Marine Corps refueling plane crashed and burned in a soybean field in the Mississippi Delta, killing all 16 military members aboard in a wreck that scattered debris for miles and sent a pillar of black smoke rising over the countryside.

The plane was based at Stewart Air National Guard Base in Newburgh, N.Y., officials said. It was the deadliest Marine crash — in the U.S. or abroad — since 2005.

Bob Brush, a military sub-contractor was just one of many people who honored their sacrifice with a growing display of flowers, left at the base entrance Tuesday afternoon.

“People are gracious enough to come out and put some flowers down, so we’re encouraging everyone to do that,” said Brush. "I know pretty much everybody on base and it's a sad situation."

Jim Hamlet owns a local sports bar right across the street from the base. He says the men and women who staff the base have a strong connection with the local community here in Newburgh.

“It’s a tragedy. And our thoughts go out to the family," Hamlet said. "Life is something you can’t replace."

Fifteen Marines and a Navy corpsman were on board the KC-130 tanker when it corkscrewed into the ground Monday afternoon about 85 miles north of Jackson, the state capital, military officials said. A witness said some bodies were found more than a mile away.

The Marines gave no immediate details on the cause of the crash. The FBI joined the investigation, but Marine Corps Maj. Andrew Aranda told reporters no foul play was suspected.

Please keep the families of our 16 fallen service members in your thoughts and prayers.@MarForRes release: https://t.co/Kzd0JA0hMF pic.twitter.com/DDdc6vD4CU

The KC-130 is used to refuel aircraft in flight.

The flight originated from Marine Corps Air Station in Cherry Point, N.C., and was taking people and equipment to Naval Air Field El Centro, Calif., when it went down, officials said.

Andy Jones said he was working on his family's catfish farm just before 4 p.m. when he heard a boom and looked up to see the plane spiraling downward with one engine smoking.

"You looked up and you saw the plane twirling around," he said. "It was spinning down."

Jones said that by the time he and others reached the crash site, fires were burning too intensely to approach the wreckage. The force of the crash nearly flattened the plane, Jones said.

"Beans are about waist-high, and there wasn't much sticking out above the beans," he said.

Jones said a man borrowed his cellphone to report to authorities that there were bodies across a highway, more than a mile from the crash site.

Greenwood Fire Chief Marcus Banks told the Greenwood Commonwealth that debris was scattered in a radius of about 5 miles.

Jones said firefighters tried to put out the fire but withdrew after an explosion forced them back. The fierce blaze produced black smoke visible for miles across the flat region and continued to burn after dusk, more than four hours later.