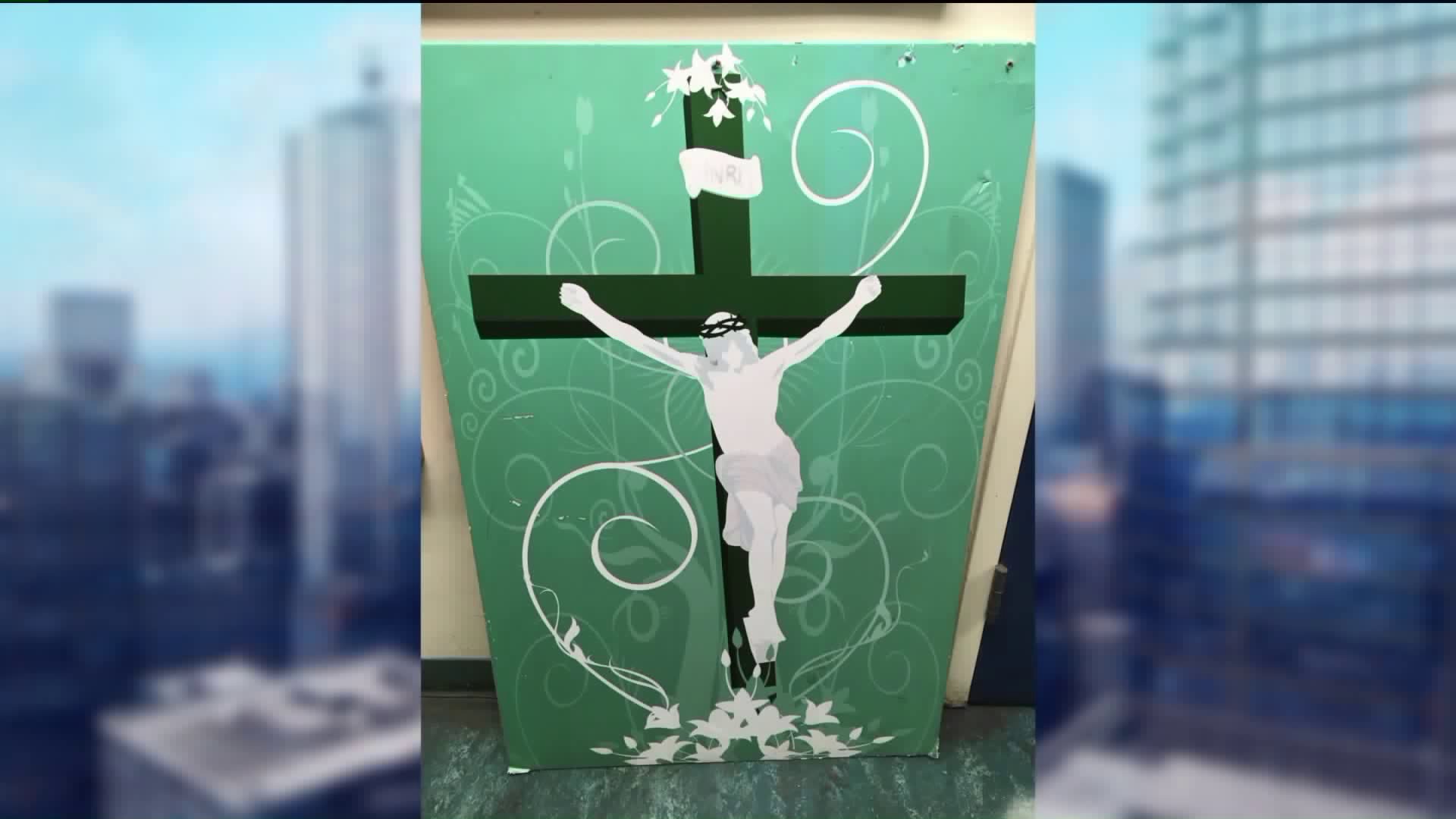 Members of the Islamic Center who said the person or people who did this may not understand what Jesus means to Muslims.

NORTH NEW HYDE PARK, N.Y. –– Police are investigating the appearance of a large portrait of Jesus Christ found outside a Long Island mosque as a bias incident, cops said Sunday.

Detectives said an employee from the Hillside Islamic Center in North New Hyde Park discovered the painting of Jesus on a cross around 5:40 p.m. Friday.  The picture was found hanging from the property fence, police said.

PIX11 met members of the Islamic Center who said the person or people who did this may not understand what Jesus means to Muslims.

"As a Muslim, I love Jesus. We are told to love Jesus. He actually is a prophet of ours. And a lot of people don't know this but he's also our messiah,"​ Islamic Center member Eydid Ali said.

The Council on American-Islamic Relations called on person who left the painting at the mosque to learn what Muslims actually believe.

"Bias may have motivated this incident, but it could serve as a teaching moment for the perpetrator and for the community if it leads to greater understanding of the love Muslims have for Jesus, peace be upon him," the organization wrote in a statement.

Anyone with information regarding this crime is asked to contact Nassau County Crime Stoppers at 800-244-TIPS.