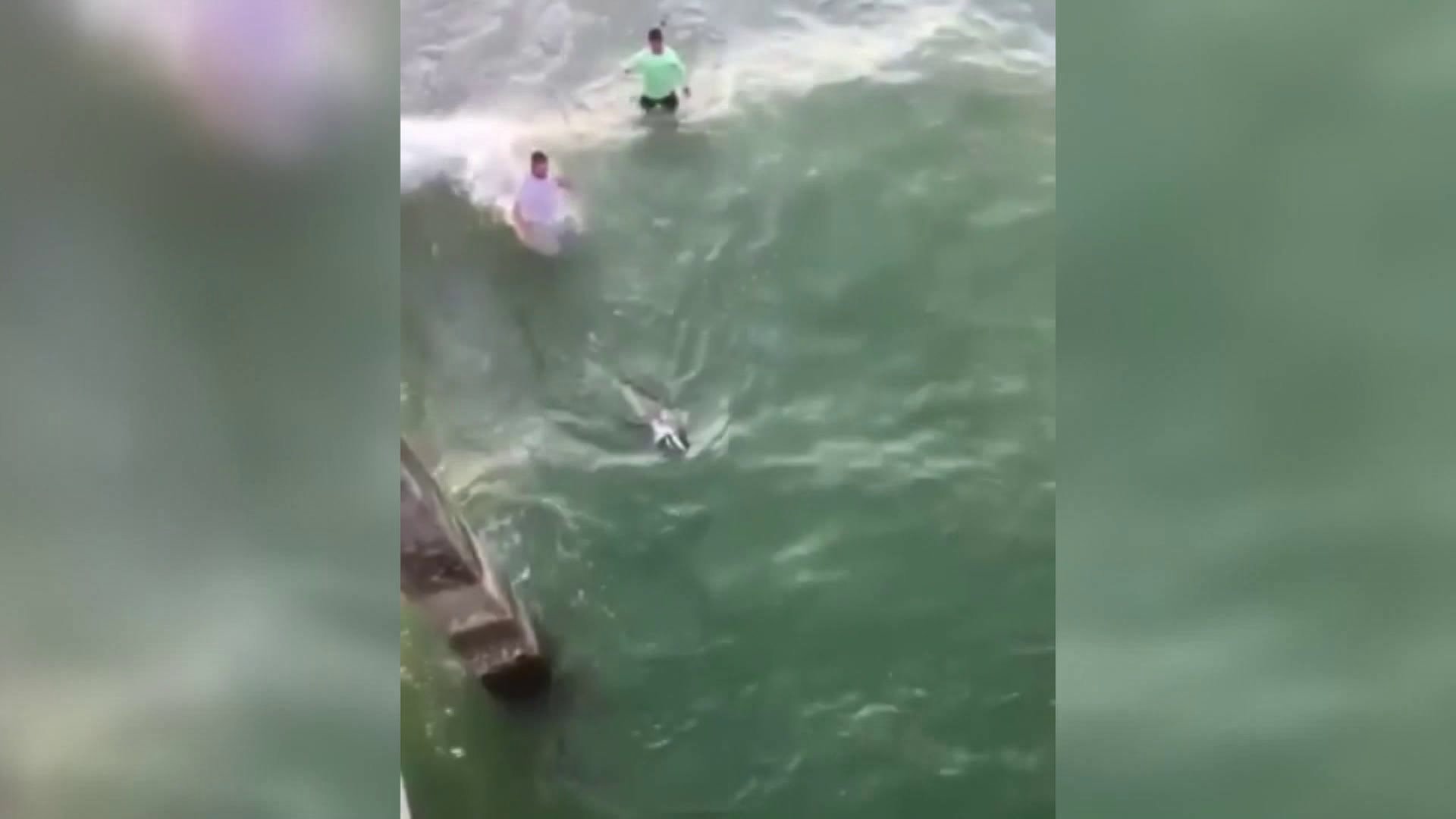 WRIGHTSVILLE BEACH, N.C. — A man was bitten by a shark near Wrightsville Beach in North Carolina, according to multiple media reports.

According to WNCN, a fisherman was attempting to reel in the shark near Johnnie Mercer Pier around 7:30 p.m. Thursday.

Two men went into the ocean to help the fisherman reel in his catch. When one of the men tried to grab the shark's fin, the shark whipped around and bit his arm.

“As they were pulling (the shark) in, it whipped around and bit him on the arm,” said Catherine Patton told WECT. “There was a lot of blood, but they took him away in an ambulance and I think he’s OK.”

Fire officials responded to the scene but the injured man had already been transported to a local hospital. Officials did not have any additional information about his injuries.

The shark was later released back into the ocean, according to WWAY.