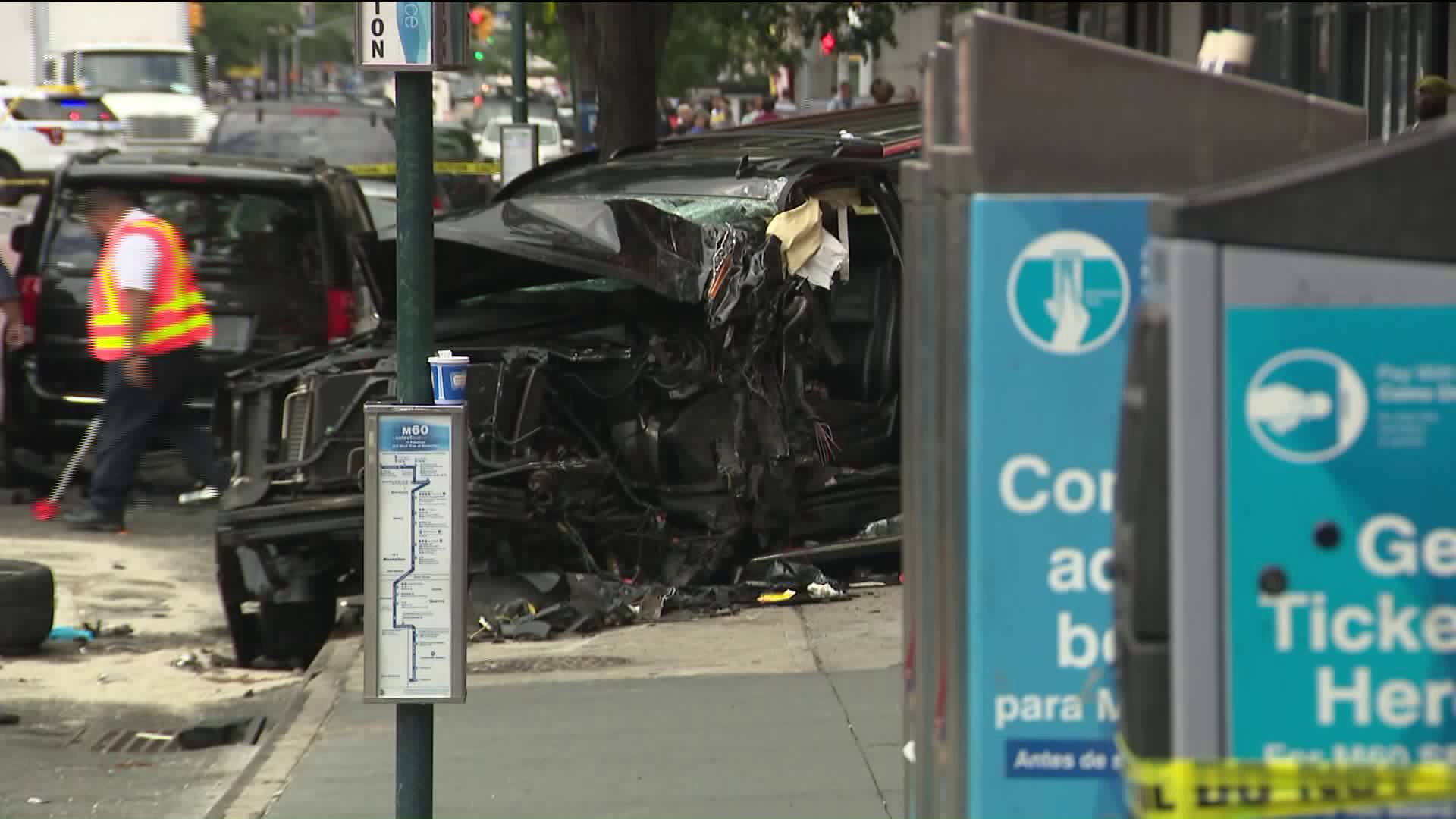 Those injured are expected to survive.

HARLEM, Manhattan –– At least 12 people were injured after an MTA bus collided with a SUV in Harlem Saturday afternoon, authorities said.

Police sources say the driver of the SUV suffered a medical episode that caused him to hit the gas and slam into the MTA bus, jump the curb and hit several pedestrians just after noon at E. 125th Street near Park Avenue.

The bus was in service at the time of the collision, but it is not known how many passengers on the bus were injured.

"That car slammed into the back of the bus so hard," said a woman who told PIX11 the SUV was coming toward her.

"After it hit the bus, it was very loud boom," another witness said. "That’s when we seen that it was flying glass and it was coming towards us and it started..straight at us.”

It missed her, but slammed into two pedestrians on the sidewalk.

Witnesses rushed to the SUV to pull a passenger to safety.

“They were able to pull her out and lay her on the sidewalk, she was cut up pretty badly.”

The driver of the SUV had to be cut out of the vehicle by first responders with the jaws of life.

FDNY took 11 patients to local hospitals, where two are in critical condition and two are in good condition. All are expected to be survive.

12th Street was closed for much of the afternoon.

The driver of the bus was not cited.

The NYPD said they're investigating the crash.