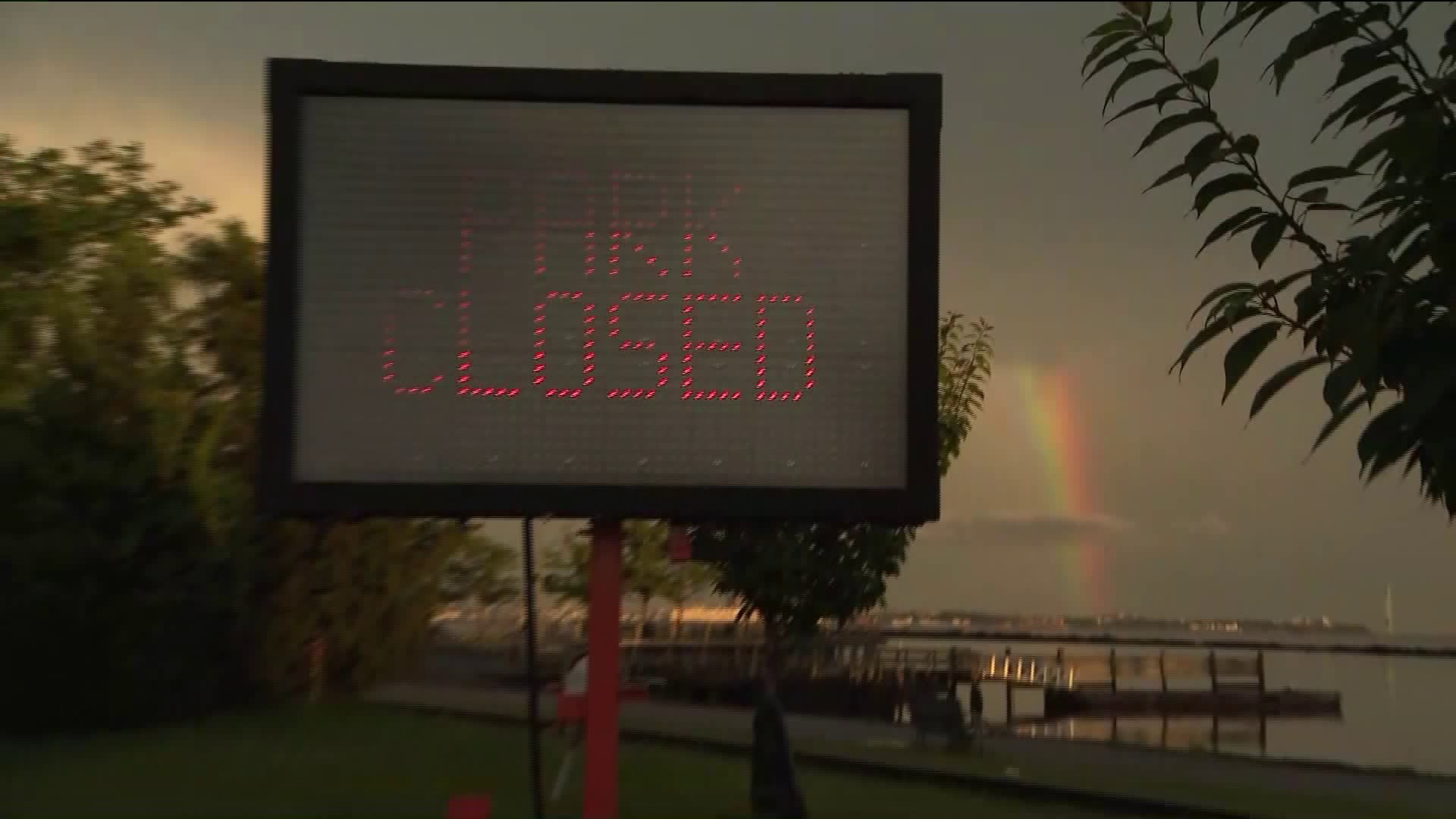 TRENTON, N.J. — New Jersey Gov. Chris Christie and the Democrat-led Legislature are set to return to work to try to resolve the state's first government shutdown since 2006 and the first under Christie.

Christie ordered nonessential services, including state parks and the motor vehicle commission to close beginning Saturday. He and lawmakers are in a stalemate over whether to include legislation affecting the state's largest health insurer into the state budget.

Remaining open under the shutdown will be New Jersey Transit, state prisons, the state police, state hospitals and treatment centers as well as casinos, race tracks and the lottery.

Christie and Senate President Steve Sweeney agree on legislation to make over Horizon Blue Cross Blue Shield, including allowing the state insurance commissioner to determine a range for the company's surplus that if exceeded must be put to use benefiting the public and policyholders.

Christie has called a special session for Saturday.

Prieto has said he will leave open a vote on the $34.7 billion budget that remains deadlocked 26-25, with 24 abstentions, until those 24 abstentions change their mind.

Democratic Assemblyman Vince Mazzeo, of Northfield, was among those abstaining. He reasoned that if the governor did not get the Horizon bill, then nearly $150 million in school funding — $9.6 million of which would go to his district — would be line-item vetoed out of the budget.

And indeed, Christie said Friday during a news conference that he would slash the Democratic spending priorities if he did not get the Horizon bill as part of a package deal on the budget.

"It seems like he's just being stubborn," Mazzeo said of Prieto. "With all due respect to the speaker, then there should be some type of negotiations."

But Prieto said it's lawmakers — fellow Democrats — like Mazzeo who are to blame for the shutdown. He said he is willing to discuss the Horizon legislation but after the budget is resolved.

Christie has balked at the proposal because he says lawmakers plan to leave town to campaign for re-election and he will be a lame duck.

All 120 lawmakers face voters this year.

The Senate left Friday without passing a budget, but approved on Thursday the Horizon legislation that Christie supports.

The shutdown is the latest since the 2006 under Democratic Gov. Jon Corzine.

Christie is term-limited and is expected to be out of office by January. Election Day is Nov. 7.