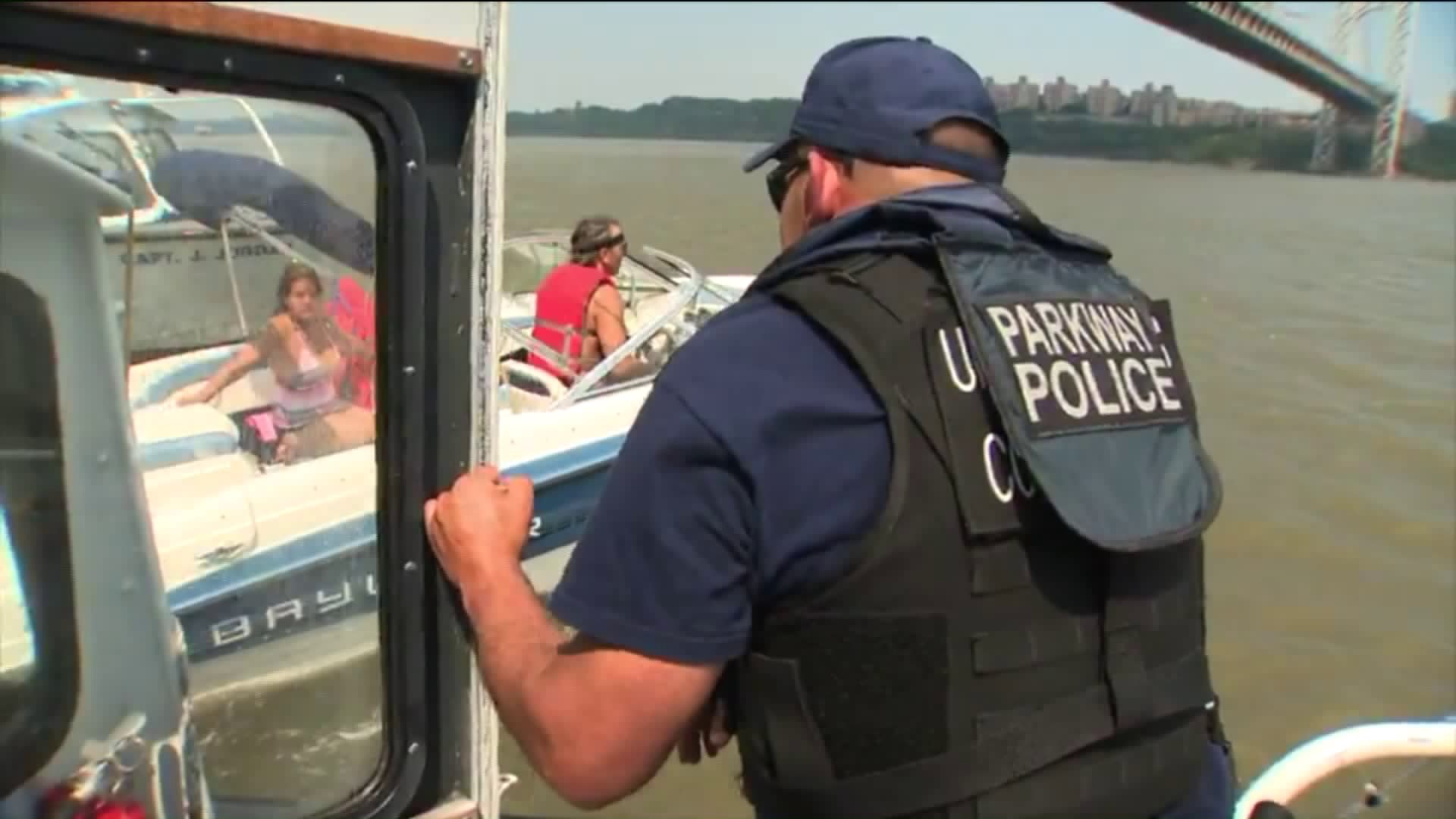 New York City metro area has the highest number of registered boats in the country.

ENGLEWOOD CLIFFS, N.J. — A lot of reporting about the need for safe, alcohol-free driving happens during holiday weekends like this one.

However, few people realize that the New York City metro area has the highest number of registered boats in the country, which means the need for safe, alcohol-free boating is at least as great as that for driving.

That's why the Department of Homeland Security has created a new program that pairs federal officers, from the U.S. Coast Guard, with local police departments' marine units, such as the one that patrols the waters along the Palisades Interstate Parkway.

Michael Coppola is the chief of the 35-officer department. He said that throughout the summer, the men and women in his marine unit are busy. They're needed all the more during the Independence Day weekend because of its very heavy volume of recreational boaters.

"You're basically taking a lot of people who, probably a good percentage of them, don't have a lot of experience [boating]," Chief Coppola said, "and putting them on the water at once."

Having Coast Guard personnel join with his officers, the chief said, only serves to enrich a job that is under a lot of stress at all times, particularly now, as the waterways get extremely busy.

"There's a lot going on at once," Chief Coppola told PIX11 News, while at the helm of one of the department's three patrol boats. He said that all of the activity is very demanding "for a small amount of [officers] in a large coverage area."

Coppola's boat had its usual crew, consisting of himself and a sergeant, supplemented by two Coast Guardsmen, as part of the new federal program.

Within minutes of leaving port, at the Englewood Boat Basin, about four miles north of the George Washington Bridge, the crew helped to get a disabled boat back into port, and started a series of safety checks on other boats out in the Hudson River.

The first vessel they'd encountered for a safety check was piloted by Mark Russo, who was out on the water with his wife and daughter for the very first time at the controls.

"It's good to know they're keeping us safe," Russo said, after the Coast Guardsmen checked out his boat and his safety credentials, which were in order. The guardsmen also made recommendations for safer boating, such as filing a float plan with family or friends on shore, to ensure someone knew where the Russos were, in case of an emergency.

What the guardsmen provide, said Boatswain's Mate First Class Jeremy Underwood, who led the check of the Russos' boat, is information "that keeps them safe. If they have an emergency, they can at least contain it until help can arrive."

The Coast Guard and police departments up and down the Hudson, including the Palisades Interstate Parkway Department, also ensure that the world's busiest bridge, the G.W., is secure, from the water, up.

It handles some 300,000 vehicles daily, and connects about five million people on either of its sides.

Creating a web of security for them, officers told PIX11 News, requires significant cooperation, of which the new Homeland Security joint policing program is a vital part.

"The key," said Officer Anthony Burgos of the Palisades Parkway Police, "is each other. The better relationship [the departments] have with each other, [and] the better training we have," he said, "the better we are at helping you."