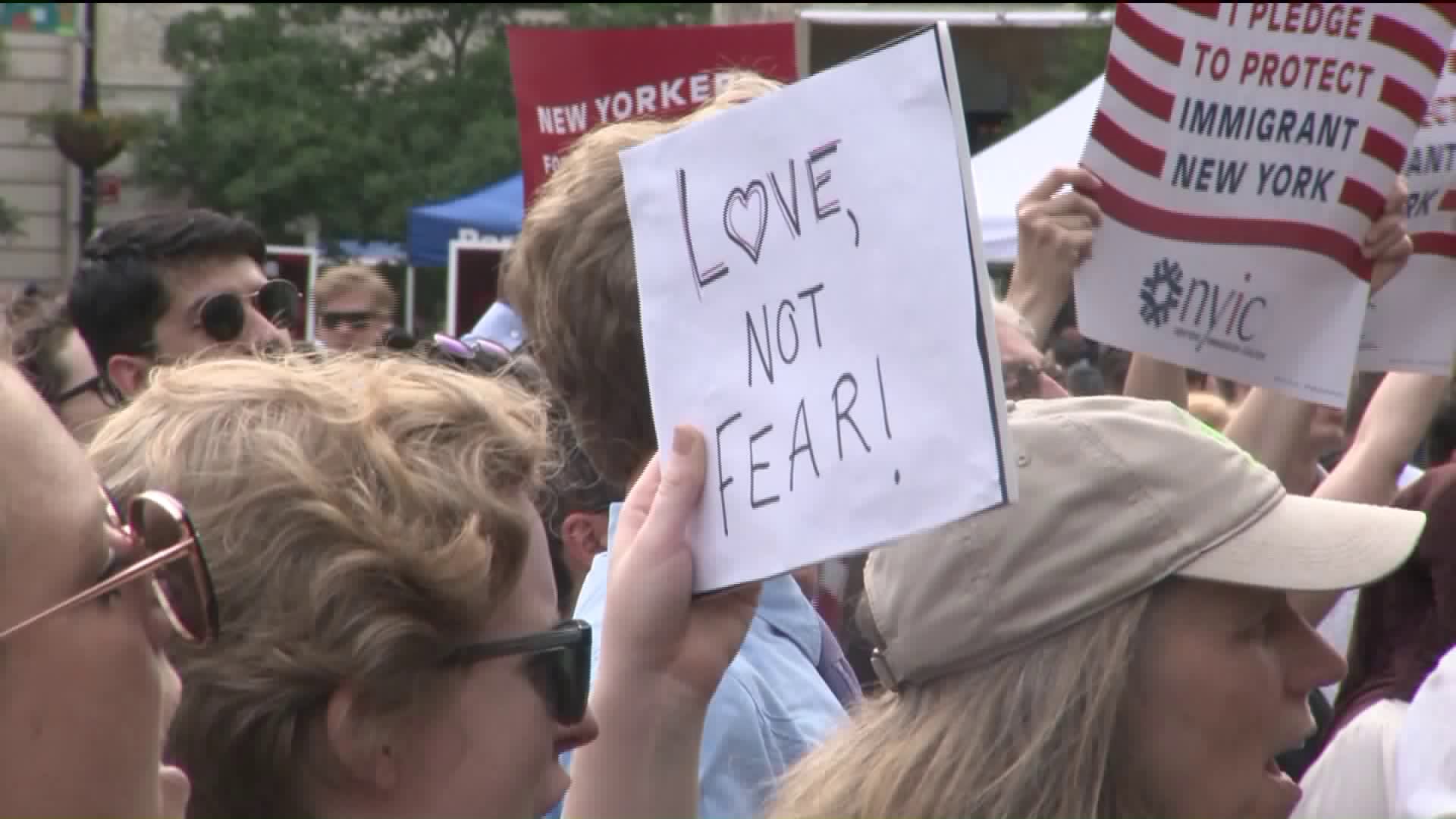 Trump`s travel ban went back into effect at 8 p.m.

WASHINGTON — A scaled-back version of President Donald Trump's travel ban took effect Thursday evening, stripped of provisions that brought protests and chaos at airports worldwide in January yet still likely to generate a new round of court fights.

The new rules, the product of months of legal wrangling, aren't so much an outright ban as a tightening of already-tough visa policies affecting citizens from six Muslim-majority countries. Refugees are covered, too.

Administration officials predicted that implementation, beginning at 8 p.m. EDT, would be orderly. Customs and Border Protection spokesman Dan Hetlage said his agency expected "business as usual at our ports of entry."

Under the temporary rules, citizens from Syria, Sudan, Somalia, Libya, Iran and Yemen who already have visas will be allowed into the United States. But people from those countries who need new visas will now have to prove a close family relationship or an existing relationship with an entity like a school or business in the U.S.

It's unclear to what degree the new rules will affect travel. Few people in most of the countries have the means for leisure travel, and those that do already face intensive screenings before being issued visas.

Still, human rights groups on Thursday girded for new legal battles. The American Civil Liberties Union, one of the groups challenging the ban, called the new criteria "extremely restrictive," ''arbitrary" in their exclusions and designed to "disparage and condemn Muslims."

Much of the confusion in January, when Trump's first ban took effect, resulted from travelers with previously approved visas being kept off flights or barred entry on arrival in the United States. Immigration officials were instructed Thursday not to block anyone with valid travel documents and otherwise eligible to visit the United States.

Karen Tumlin, legal director of the National Immigration Law Center, said the rules "would slam the door shut on so many who have waited for months or years to be reunited with their families.

Trump, who made a tough approach to immigration a cornerstone of his election campaign, issued a ban on travelers from the six countries, plus Iraq, shortly after taking office in January. That ban also blocked refugees from any country. Trump said these were temporary measures needed to prevent terrorism until vetting procedures could be reviewed. Opponents noted that visa and refugee vetting were already strict and said there was no evidence that refugees or citizens of those six countries posed a threat. They saw the ban as part of Trump's campaign promise to bar Muslims from entering the United States.

Lower courts blocked the initial order and, later, a revised Trump order intended to overcome legal hurdles. The Supreme Court on Monday partially reinstated the revised ban but exempted travelers who could prove a "bona fide relationship" with a U.S. person or entity. The court offered only broad guidelines.

In guidance issued late Wednesday, the State Department said the personal relationships would include a parent, spouse, son, daughter, son-in-law, daughter-in-law or sibling already in the United States. It does not include other relationships such as grandparents, grandchildren, aunts and uncles.

Business or professional links must be "formal, documented and formed in the ordinary course rather than for the purpose of evading" the ban. Journalists, students, workers or lecturers who have valid invitations or employment contracts in the U.S. would be exempt from the ban. The exemption does not apply to those who seek a relationship with an American business or educational institution purely for the purpose of avoiding the rules.

Refugees from any country will face similar requirements. But the U.S. has almost filled its quota of 50,000 refugees for the budget year ending in September and the new rules won't apply to the few remaining slots. With the Supreme Court set to consider the overall ban in October, the rules could change again.

The travel ban may have the largest impact on Iranians. In 2015, the most recently available data, nearly 26,000 Iranians were allowed into the United States on visitor or tourist visas. Iranian's made up the lion's share of the roughly 65,000 foreigners from the six countries who visited with temporary, or non-immigrant visas that year.

American journalist Paul Gottinger, said he and his Iranian fiancee applied for a visa nearly a year ago but are still waiting on a decision.

Gottinger says they were to wed at a Japanese garden in his parents' home state of Minnesota this month but postponed the ceremony until August because they had not yet received the visa.

Now, he expects they will have to delay again.

"Every twist and turn of the courts, we're holding our hearts and our stomachs are falling to the floor," he said by phone from Turkey.
The new regulations are also affecting the wedding plans of Rama Issa-Ibrahim, executive director of the Arab American Association of New York.

She is Syrian-American and had planned to get married this fall. While her father in Syria may be able to get a visa, her aunts and uncles may well be blocked.

"I would love for them to be at this wedding, and unfortunately, they aren't going to be able to be here," she said, adding that the ceremony would be postponed.