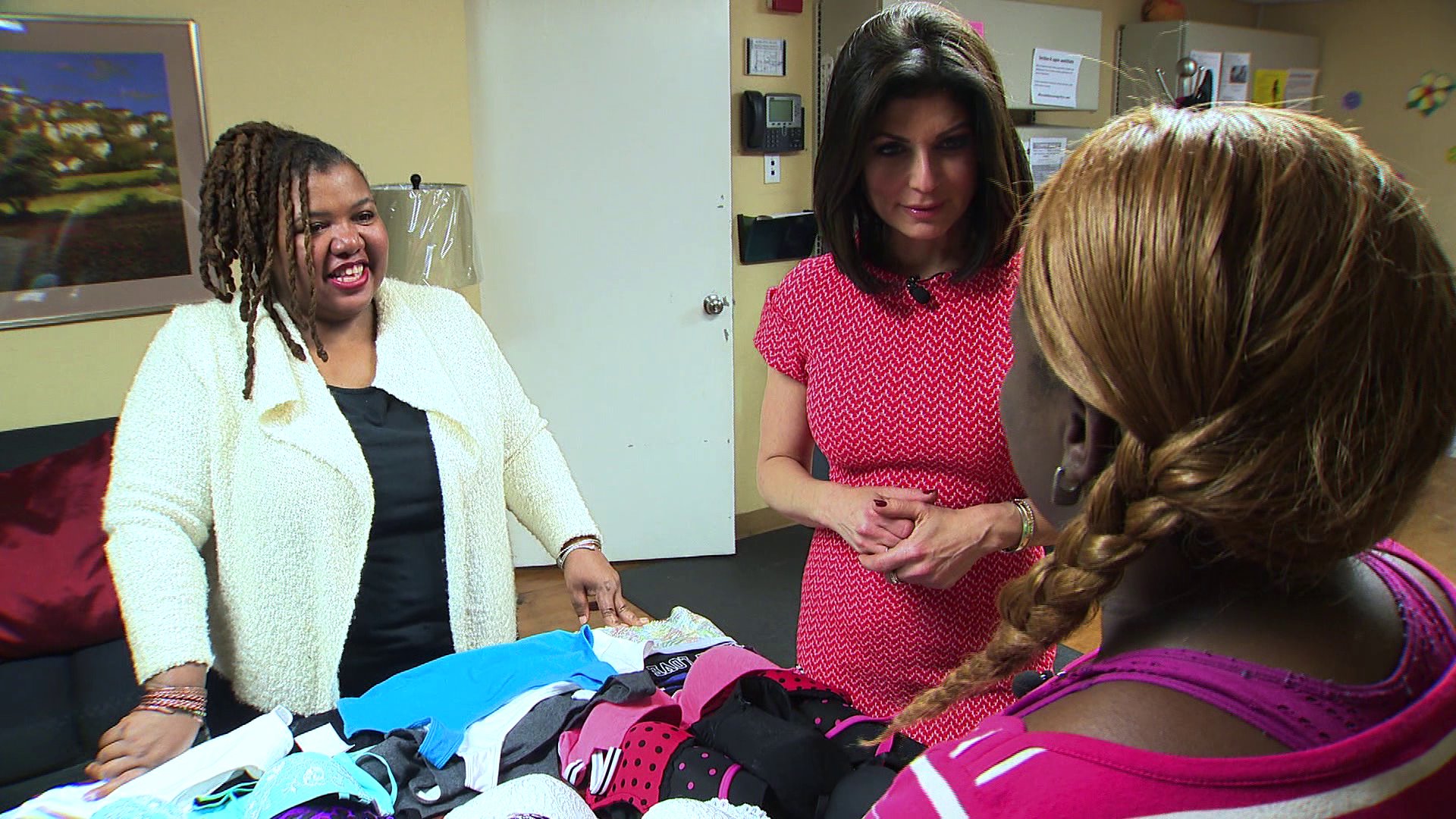 Tamsen Fadal sits down with the founder of Sue Rock Originals Everyone and one of the brave survivors she helps.

NEW YORK, NY- “Enough was enough, it was time for me to go." There was no moment and no decision more important than the one to leave her husband. “It’s not normal, because that’s not love," a woman named "Ashley" said. "Love does not hurt." This woman, who we are only identifying as “Ashley” endured six years of mental and physical abuse. According to the CDC , 1 in 3 women and 1 in 4 men will experience some sort of domestic abuse in their lifetimes. “Were you ever afraid there’d be incidents you weren’t going to survive?" I asked her. "Oh yes!”

So, she and her son escaped and came here, to a Safe Horizon shelter. They’re beginning a new chapter, and starting from scratch.  “We didn’t have anything, we came with the clothes on our backs,” she described. Which is where people like Sue Rock come in. "This is a great opportunity to experiment with this new life that they have in a private area and make choices on their own," Sue Rock explained.

She provides brand new, free undergarments to survivors of domestic violence. Each item is generously donated by local manufacturers. “We receive their lingerie samples so we’re talking lingerie, sleepwear, bathing suits, and so much more, in all sizes," Rock said.  The idea for her nonprofit, Sue Rock Originals Everyone , came in 2005 after noticing an abundance of unused fabric being sold on Craigslist.

“A brilliant idea and a tragedy came together at the same time," she remembered. "I had a wonderful friend who died due to domestic violence situation at the same time my husband and I were creating our own business.” For years, they worked out of a studio, hosting textile workshops and volunteer events, connecting creativity and the community.  “Women who have left could come and learn how to make either apparel or home furnishings or the things they need that they may have left behind," she said. Unfortunately, in 2013, things changed. Rock was forced out of the space. She now struggles to run the company out of a tiny Brooklyn storage unit.  “I’m looking for the time when the right ears hear what I do,” she said tearfully.

While each day becomes more difficult, she says she’ll never stop because of women like “Ashley” whose lives are changed as a result. “It’s like having somebody bringing me a bag full of candy and telling me to pick," Ashley laughed. And for this mother, she says with her new wardrobe, independence and confidence, the only relationship she’s interested in is the one with her son and with herself. “When you wake up in the morning now what do you think about each day?” I asked her. “I’m free and it feels good!”

If you are interested in contributing to Sue Rock Originals Everyone, donations can be made via PAYPAL ( www.paypal.com ) through  suerockoriginals@yahoo.com