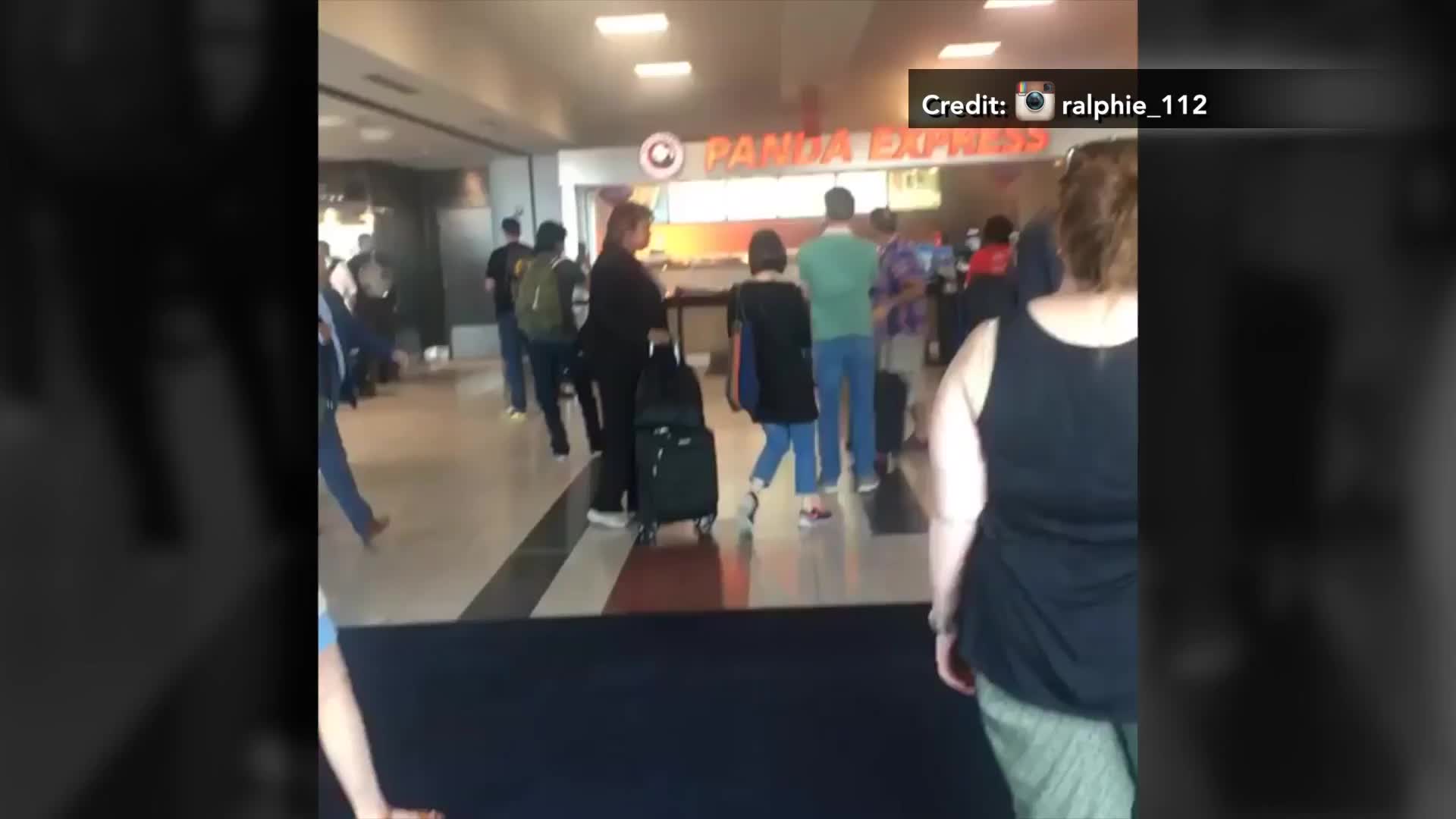 The fire has been extinguished by the smoke condition remains, a spokesman for the Port Authority of New York and New Jersey, which owns the airport, said.

As of 4:30 p.m., the screening point near the restaurant remained closed, the spokesman said.

The immediate area around the restaurant has been evacuated. The Screening point remains closed

Photos and video posted to social media show passengers still waiting for flights as smoke continues to fill the terminal.

One video shows the fire at the Panda Express inside the terminal.

Smoke filling up terminal 4 at JFK. Our flight continues to board pic.twitter.com/XzU5LvkoX6