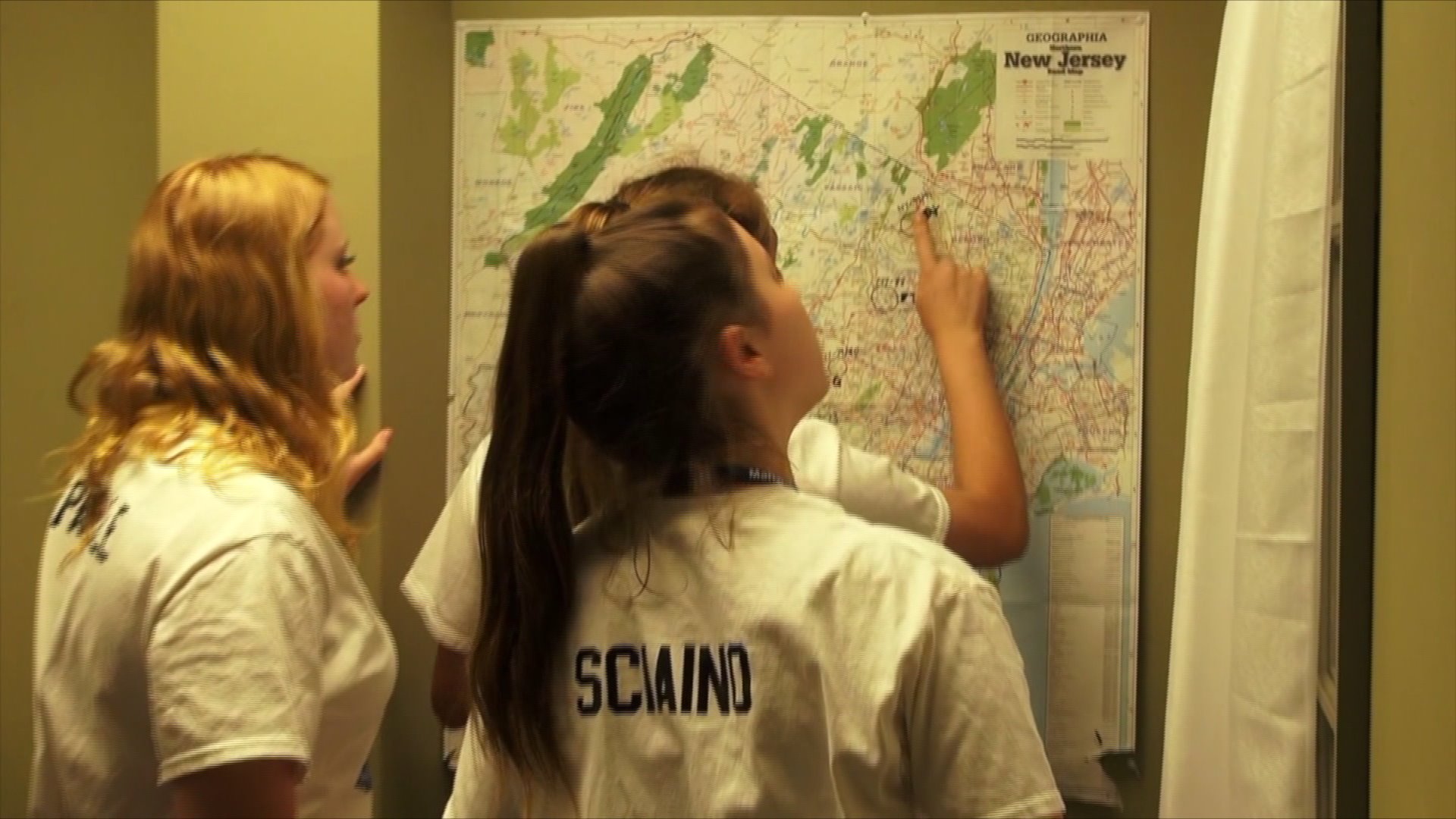 Teens worked against the clock to get out of a staged situation, like being locked in a room or racing against a ticking time-bomb.

WALDWICK, N.J. — Mahwah police said their Youth Leadership Academy​ for 13- to 17-year-old residents is the only one of it's kind in the state.

On Thursday, teens spent the day working in teams alongside police to solve lock combinations, read treasure maps and figure out riddles. They were working against the clock to get out of a staged situation, like being locked in a room or racing against a ticking timebomb.

"I love like getting to know my teammates. I like hanging out with the cops and stuff," Nicole McDermott, 14, said.

The kids sleep in bunks for a week at Ramapo College and get an early wake up call from police. The camp begins just as school ends and runs for a week.

"We wake them up in the morning. We do a bunch of different team-building activities and challenges throughout the day and them we have lights out at a certain time," Mahwah Police Officer David Sinisi said.

But it's not just about leadership skills. The teens also get to know the officers who protect them.

"Usually you see them, like the ones giving you parking tickets, so it's good to see them in another light," Amanda Ford, 15, said.

More than 150 kids sign up every year. The Youth Leadership Academy has been running for 16 years.