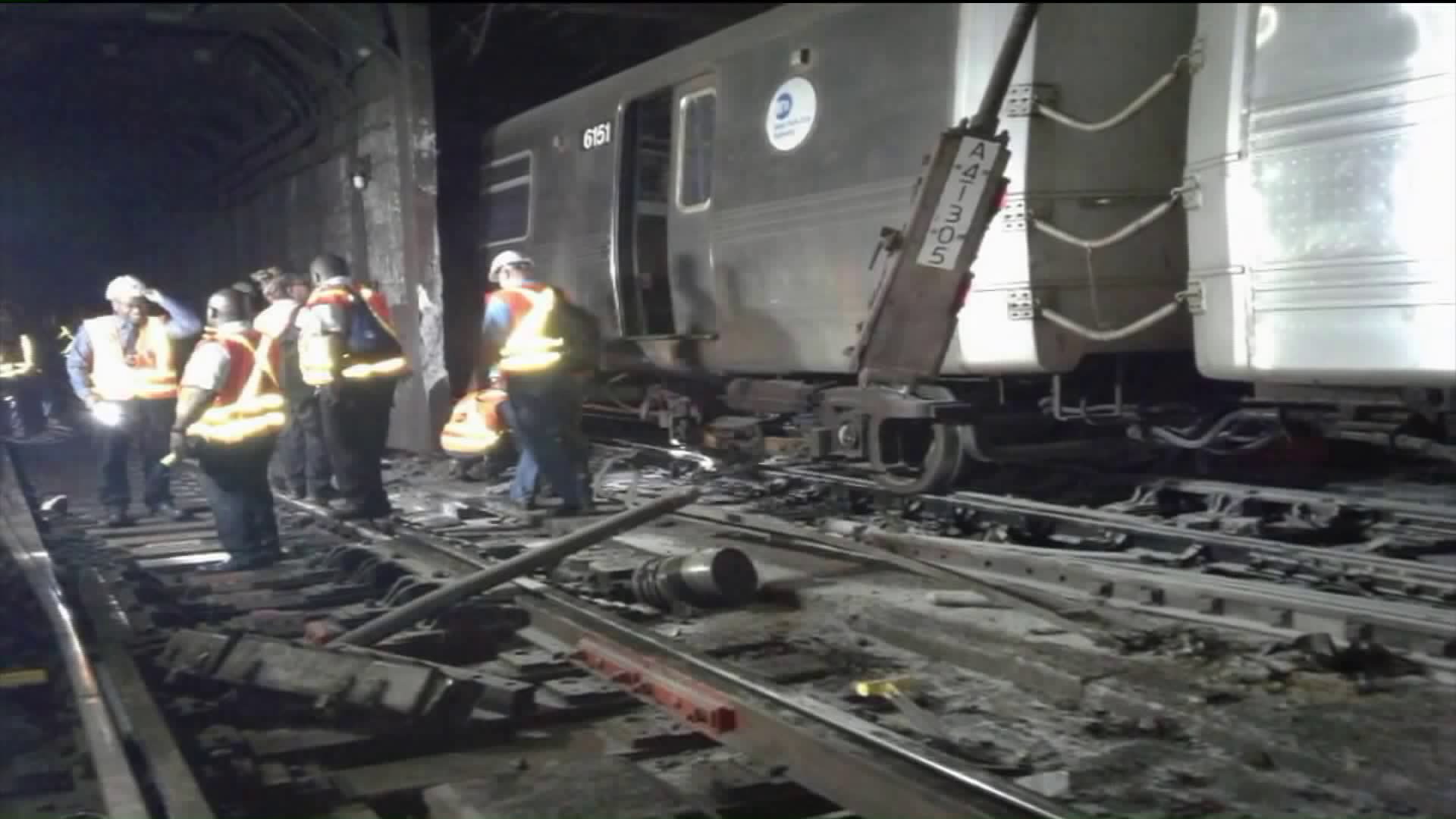 The order will allow the MTA to speed up the purchase of material and equipment needed to repair tracks, signals, switches and more.

NEW YORK — The governor announced Thursday he is signing an executive order declaring a state of emergency for the MTA in an effort to stop the "tortured exercise" of working with the agency.

Gov. Andrew Cuomo announced on June 29, 2017, he will sign an executive order declaring a state of emergency on the MTA. (Governor's Office)

"Today I'm signing an executive order declaring a state of emergency when it comes to the MTA, which will allow us to expedite many of the government processes," Gov. Andrew Cuomo said.

The order will allow the MTA to speed up the purchase of material and equipment needed to repair tracks, signals, switches and more, according to the governor.

Cuomo is also asking MTA chief Joe Lhota for a MTA reorganization plan to be submitted within the next 30 days, and a review of the capital plan be done in 60 days.

“I'll ask the comptroller, attorney general for a special team to expedite the process, but it will no longer be a tortured exercise to work with the MTA," the governor said, to applause. "We need new ideas and new approaches and new products and technology and we are open to it."

Cuomo's announcement comes less than two weeks before Amtrak repair work at Penn Station promises to create a "summer of hell" for travelers.

During the eight weeks of repairs, scheduled to last from July 10 to Sept. 1, tracks will be closed.

“When you close down the tracks, there’s a series of dominoes that fall, that really puts the entire system near collapse,” Cuomo said.

Penn Station is plagued by chronic problems, including LIRR delays earlier Thursday when a power failure on Amtrak tracks going into Penn caused a train to become stuck.

Issues go far beyond the transit hub, however, as subway delays have become a near daily headache for commuters.

"The New York City subway system is the most problematic component of the MTA system," Cuomo said.

Several issues have compounded to create an unreliable service, including underinvestment, deferred maintenance and modernization, and increasing ridership that is now far beyond numbers the system was ever designed to hold, Cuomo said.

The governor's announcement was made during the MTA Genius Transit Challenge — an international competition seeking innovative ideas to improve the city's public transit.

"That's why you are here. We need ideas outside the box, because frankly, the box is broken," he told the audience.